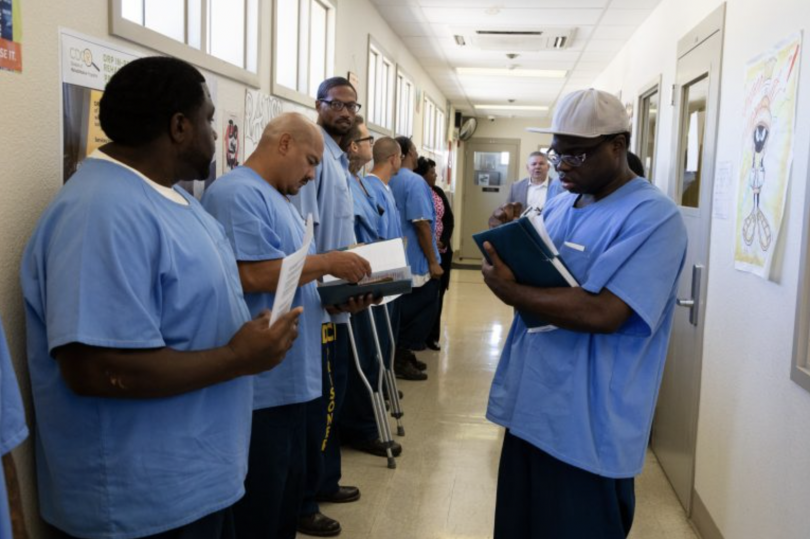 Subjective professional assessments — like psychological evaluations, prosecutors’ recommendations, and behavioral reports — are responsible for just under half of the racial disparities in parole decisions in California, according to research published in the journal “Law and Social Inquiry.”

The authors, Dr. Kathryne M. Young, an assistant professor of sociology at the University of Massachusetts, Amherst, and Jessica Pearlman, the director of research methods programs at UMass’s Institute for Social Science Research, found there were significant gaps in data and research on the issue.

Young and Pearlman noted that while it’s widely known that racism pervades every decision-making point of the criminal justice system, there was little research on what, specifically, produces disparities in parole decisions.

The research team dug deep, combing through the transcripts of 680 parole decisions randomly selected from those occurring between October 23, 2007, and January 28, 2010. The team only looked at cases involving people housed in men’s prisons.

In California, and across the nation, parole boards have vast discretion when considering whether someone should be released onto parole.

“Guidelines for granting parole tend to be broad, directing board members to consider vague criteria such as rehabilitative success, current dangerousness, or simply ‘public safety’ or ‘the public good,’” the authors said in their report.

After controlling for factors like the crime category, the individual’s age, criminal history, and educational attainment, researchers found that prior “professional assessments” accounted for nearly half of the disparity.

Black people were more likely than white or Latino people to have their parole applications opposed by prosecutors, more likely to have disciplinary citations, and less likely to receive low-risk scores from psychiatrists.

Black people also received an average of one more disciplinary citation than parole candidates who were white or Latino. (The authors point out that discipline is also subjective in carceral settings.) “In general,” the researchers wrote, “the professional assessments given to Latino candidates and white candidates appear to be fairly similar, while Black candidates fare differently.”

Young and Pearlman explain that there’s little recourse if the results of a psychiatric evaluation are skewed by bias.

“If a psychological evaluation results in a particular score, a parole candidate becomes someone who ‘is’ high-risk,” the duo wrote. “The legitimacy of these determinations is rarely questioned and the psychologists’ decisions are essentially unreviewable. Then these racially disparate assessments are incorporated into the palette of factors on which parole commissioners rely in deciding whether to grant parole.”

California’s justice leaders have, in recent years, been working to improve psychological evaluations, to make them more uniform and race neutral, and to better contextualize them for parole commissioners, according to the report. Time and future data analysis will tell what impact those reforms have on racial disparities in the parole process.

For now, the researchers recommend more racial bias training for members of the parole board, in addition to reducing reliance on some past professional evaluations to determine suitability. Prosecutors, they wrote, should likely not weigh in on the process. “Prosecutors possess no expertise about rehabilitation,” and they are under political pressure to oppose release.

In California, 33 percent of people serving life and virtual life sentences — terms so long they might as well be life sentences — in 2020, were Black, while 20 percent were white, according to data analysis conducted by The Sentencing Project.

In 2020, during the first year of the pandemic, California’s parole board approved just 49 more applications for parole than it did during the previous year.

While more people went before the CA parole board last year, the board’s parole approvals made up a smaller portion of the overall cases heard in 2020 than during the previous year.

There are other parole hearing outcomes, including instances in which people voluntarily waive their parole hearings, or have their hearings postponed. (Thirty-four percent of hearings were postponed in 2020, up from 20 percent in 2019, despite the urgent need to reduce the prison population to mitigate the spread of COVID-19 behind bars.)