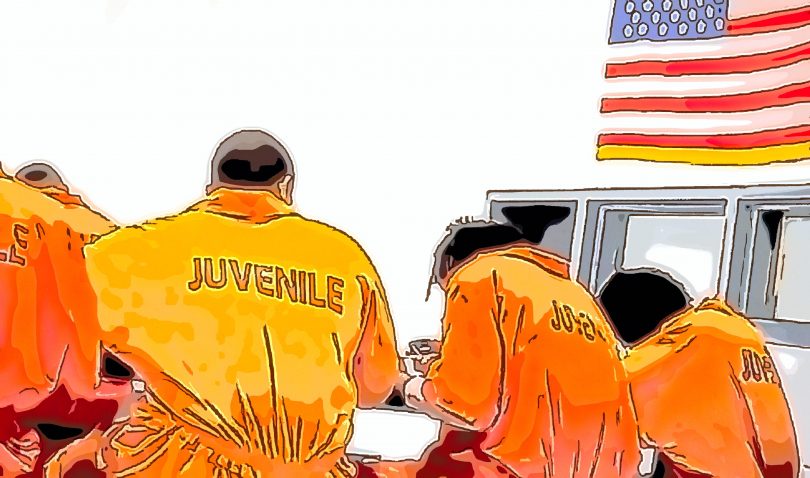 Next year, the organization known as the Chief Probation Officers of California (CPOC) has big plans to work with CA lawmakers to raise the maximum age of juvenile court jurisdiction from 17 to include 18- and 19-year-olds.

The probation chiefs have a past record for energetically blocking reform at times, causing some in the juvenile justice world to worry that the proposal is a ploy to refill empty probation camps and halls to improve job security for county probation staff.

The probation leaders point out that they have based their proposal on the growing body of research regarding the needs of young adults and their contact with the justice system, as well as brain science, which says that young people’s brains do not stop developing until a person reaches their mid-20s.

Under the proposed new law, CA’s 18- and 19-year-olds would gain the right to have their records sealed as juveniles, which would give them a far greater chance of securing housing, employment, and services upon their return to the community.

CPOC also proposes extending the age through which young adults can remain under local juvenile probation supervision from the current age of 21 to 24 years old. Additionally, the group would like to cap the length of juvenile probation supervision at one year of a youth’s demonstrated ability to live successfully in the community. The proposal would also trim the long list of probation violations for which kids can face incarceration and other consequences. Non-serious acts like missing curfew would no longer put youth at risk of having their probation revoked.

Under the probation chiefs’ plan, youths would receive individualized treatment and rehabilitation plans focused on helping them into adulthood free of probation supervision or lockup.

While the group seeks to increase the number of youth who are eligible to remain in the juvenile justice system, it also intends to “further limit detention by requiring the use of a risk-based intake assessment.”

So far, Vermont is the only state to extend juvenile court jurisdiction to reach teens older than 18.

Officials in Massachusetts, including several local district attorneys, have been pushing to raise the maximum age at which youths can be charged in juvenile court to 21.

“The record shows that young people treated in the juvenile justice system fare better and the community becomes safer,” says Suffolk County DA Rachael Rollins. “By pushing these young people, who research tells us are still developing, into the adult justice system, we are willfully ignoring decades of data and developmental science and failing to protect the health and safety of communities as public servants are sworn to do.”

Keeping 18- and 19-year-olds in the juvenile system means that they will have access to the programs and services specifically tailored to teenagers, rather than being thrust into a more dangerous and less rehabilitation-focused environment full of older adults.

Vincent Schiraldi, a former probation chief for both New York City and Washington DC, now a nationally regarded criminal justice reform expert and a member of the task force working to raise the age in MA, agrees that while the overarching goal should be to reduce youth incarceration, raising the age of juvenile court jurisdiction is a worthy goal to bring into reality.

“While no system is perfect, judges, prosecutors, and defenders in juvenile court are specially trained and have a broader range of options to rehabilitate young people,” Schiraldi said in a 2018 op-ed for the Boston Herald.

In the case of the CPOC’s proposal, Schiraldi told KQED that he understands why some of the justice advocates are worried, but he praised the proposal for many of its elements like capping the amount of time youth could spend on probation.

Berkshire County DA Andrea Harrington, who partnered with DA Rollins and Franklin/Hampshire County DA David Sullivan to urge MA lawmakers to raise the age, had similar thoughts. “If the intention of our criminal justice system is rehabilitation,” said Harrington, “the juvenile justice system provides a better pathway forward by looking at youth more holistically in the context of their family, school and community.”

(This is not to say that juvenile lockups are always therapeutic, holistic, or even safe, but they are regarded as better for teens than adult lockups, although for youth advocates the goal is to institute strategies to keep most youth out of lock-up altogether, through diversion, and youth development.)

A new research arm of the Cal probation chiefs’ group intends to dig into the statistics of juvenile justice and adult supervision to improve the state’s probation systems and thus, outcomes for those who come into contact with the probation departments.

The California Probation Resource Institute, which was announced this summer, is the state’s first research institute to be focused solely on filling major data gaps by analyzing probation practices and reforms by partnering with CA academics.

One of CPRI’s first reports, to be completed in early 2020, will look at how changes to state law have impacted probation departments’ “responsibilities and obligations to serve youth in the areas of prevention, intervention, detention, and supervision in the juvenile justice system.”

In 39 of the 43 counties that have juvenile lockups, the facilities are not even half full, according to an SF Chronicle investigative series called “Vanishing Violence,” which looks at how ever-soaring costs of locking kids up at the county level (as much as $500,000 annually for each kid) have not reflected the state’s plummeting juvenile incarceration rates.

Generally, the problem is that local probation budgets and juvenile corrections staff numbers have not been reduced as fewer kids are funneled into juvenile halls and camps. This, according to some advocates, is likely an underhanded reason for CPOC’s push to keep young adults in the juvenile system: more bodies in juvenile camps and halls currently at risk of closure.

“My fear,” Daniel Macallair, executive director of the Center on Juvenile and Criminal Justice, told KQED, “is if they start opening up these halls and increasing the age limits, does that just mean we are going to have kids serving longer times in juvenile halls — or people who in the past may not have been placed in any custody will now be?”

Earlier this year, San Francisco officials voted to permanently shutter SF’s only juvenile lockup, in which fewer than 50 kids are held on an average day, in 2021. In SF, the annual cost of detaining each youth has nearly doubled from $135,000 to $266,000 in 2018.

In a statement, CPOC President Stephanie James praised the SF Board of Supervisors’ intent to replace youth incarceration with community-based interventions and programs, but argued against the supes’ decision to implement hard deadlines for the juvenile hall’s closure before fully developing a “deliberative, holistic and research-based plan … to address the needs of the youth and the community.”