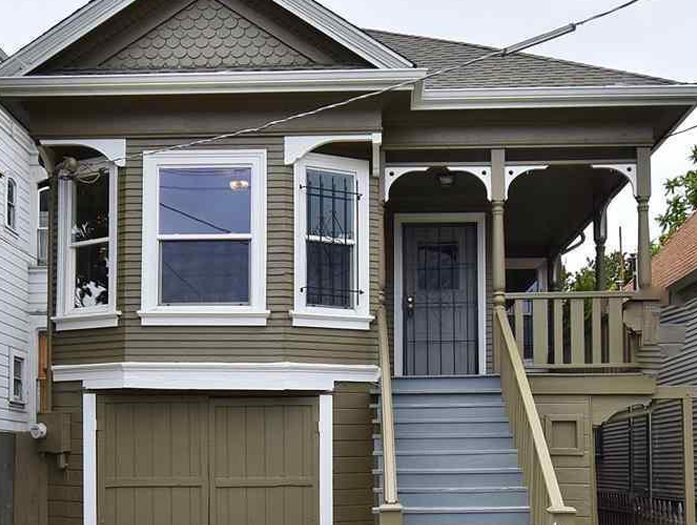 In July, 2013, the father of my two daughters and the man I spent twelve years married to was a victim of homicide. He and I had split up about a year prior and had finally gotten to a place of positive co-parenting and helping each other out, despite our differences and the circumstances under which our marriage ended.

When he was killed, I started a journey.

The journey started with stuffing every feeling I had because of the opinions of some other people in my life and their inability to understand how I could hurt so much when we were no longer a couple. I didn’t allow myself to pay attention to those feelings because I felt as though they weren’t justified, and I wasn’t allowed to feel the devastation I felt. I focused on helping my children heal and advocating for them.

The journey to heal took me many unexpected places. It dragged me through court, which ended in a plea bargain. It dragged me to the State Capitol to advocate for my daughters to keep them out of court and off the witness stand. It led me into prison where I learned about hope, was allowed to grieve, and about my needs to transform a tragedy into hope for my children. Prison was where I learned to validate the feelings of sadness and anger that I had been feeling and ignoring.

One of the most ironic parts of my journey was that it was inside those walls that I learned to free myself from the box I felt like I was stuck in. The journey was both a nightmare and a beautiful path of healing and forgiveness. I had forgiven. I had let go of all the anger and frustration I felt toward the man that took him from us. My children had learned from my path and found healing through it, with one finding forgiveness. We were in a good place. We had moved forward and created a beautiful life. I was free of the heavy emotions I had carried around for those years. I was happy, and frankly, proud of myself for coming as far as I had. I genuinely thought I had come out the other side of the tragedy and, as I had always been told I needed to do, I had moved on with life.

In March, when the state went under shelter in place orders, I held my own. I found a way to work from home so I could be with my girls. I stocked up on groceries since we would all be home. I invested in craft supplies so they would have a way to fill the time I was spending on Zoom calls, and I held onto the life we created with white knuckles.

I was scared. I am scared. I suddenly realized how alone I really was, and didn’t even realize how scared my daughters were. After a couple of weeks, I started to feel those familiar feelings of anger, regret, and fear creeping back in. I pushed them aside and just kept going.

I went to the store one afternoon to get supplies, telling my two teenagers that I would be right back. Before I shut the door, I caught a glimpse of the fear in their eyes. They were afraid of me leaving the house and catching the virus. They are afraid of losing me as they had lost him. I am afraid of them losing me. In many ways, in their eyes, I’m all they have. They have other family, but I’m who they want, who they need. This realization sent me into a strange place emotionally.

I’m angry again. I’m angry with their father for leading a lifestyle that jeopardized his safety, preventing him from helping us through this.

I’m angry with the man who killed him for robbing us of the friendship we were rebuilding and taking away the opportunity for my children to have a father.

I’m most angry that he isn’t here to help me. He’s not here to take some of the responsibility off of me and help me feel less vulnerable through all of this. I’m angry that my girls and I are still paying for the mistakes of someone else. I’m in a house all day with my girls, trying to calm their fears while trying to fight these feelings of anger and resentment that I worked so hard to resolve, and that I had resolved.

It’s been an unwelcome realization that maybe all these feelings never completely go away.

I don’t think this means I haven’t forgiven or that I’m bitter.

I know who I am and what I felt prior to the pandemic. This tragedy that struck my family will continue to play a role in shaping how we cope, how we heal, and ultimately, how we react to difficult times. And that’s okay.

I knew holding this life down on my own would be a challenge, but I never pictured the scenario our country is in now.

I considered that I would struggle when he wasn’t here to walk my girls down the aisle; to celebrate their graduations; and screen the people who asked them out on dates.

I had expected to be alone for all of those things and had strategies for being enough for them during those major life changes. I had hope that his absence wouldn’t take too much away from those events for them. I expected and planned for how I might feel during those times. A global pandemic never crossed my mind.

I also know I can’t be the only person struggling with these feelings bubbling back up.

As survivors, we are strong, we are dedicated, and we are resilient, but we are human.

We need to know that we are not taking steps backward in healing when feelings of anger resurface. We are not regressing. We are growing and continuing to heal, even though some days, it feels as painful as it did the day it happened.

I found my inability to heal within my predetermined period of time caused me to be really hard on myself. The revisiting of these feelings was disappointing to me. I was disappointed in myself. I feared I was heading into that familiar place that I worked so hard to pull myself out of. I had to fight my normal urge to stuff the uncomfortable feelings of anger and resentment, and figure out where they were coming from.

I started with drafting a letter to the man we lost. By the time I was done with the letter, I was in tears. I just missed him. The root of what I was feeling wasn’t anger. I was grieving.

I did the same with the person responsible for taking him from us. The same thing happened. I found myself filled with sadness, not anger. Once I wrote to him about my anger, the sadness and empathy emerged.

I was relieved that the root of my anger and resentment, (feelings I am not comfortable feeling), was grief.

I learned that I may never stop grieving my ex-husband. That’s okay, even though it will likely continue to make me uncomfortable sometimes.

I learned that I might never stop grieving the innocence my daughters lost on that early morning.

I also learned that I may never stop grieving for what the person responsible and his child lost. While his decision devastated my family, there is also tragedy in what has become of him, and of his family.

I learned that this is all okay.

When I began writing those letters, I didn’t know why I was doing it. It turned out to be freeing and an important exercise in accepting who I am, where I’m at, and where I’m headed.

Grieving is allowed, comes from a place of love, and an important part of healing from any tragedy or trauma. I promise myself I will never let anyone convince me otherwise again.

Jody Ketcheside has worked in social services with at-risk populations for 21 years. Seven years ago, she lost the father to her two daughters to homicide. Throughout the time spent in court advocating for her children and awaiting the justice system’s process of prosecuting the man responsible for his death to end, Jody found unexpected support and healing through her own transformative justice journey. She now serves as an advocate for Transformative Justice Practices, sharing her story in hopes of increasing the use of Transformative and Restorative Justice Practices and increasing the involvement of crime survivors in decisions made with regard to how issues affecting survivors are addressed in her community and in our state.

This story was first published by Re:store Justice, a nonprofit that works in partnership with incarcerated people, survivors of crime, district attorneys, and the community. Their mission is to re-imagine and reform our criminal justice system to be one of true inclusion and justice.