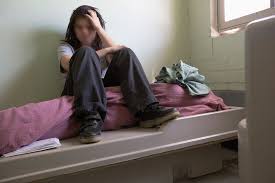 More than 200 million of the nation’s children and youth are being asked to stay home with their families in order to keep them and everyone else safe from COVID-19. Meanwhile, 48,000 other American kids, between the ages of 12 and 17 — the majority of them children of color from low-income communities — are not at home, but in 2000 locked juvenile facilities across the U.S.

To make matters worse, apart from the threat of the coronavirus, these locked up children are among the most medically vulnerable adolescents in America, with lives that are routinely further compromised by the lack of adequate health and trauma screenings they receive in youth detention facilities — even during a pandemic. 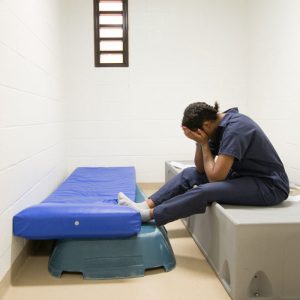 As a researcher and creator of the Girls Health Screen, I have visited 60 locked youth facilities in 22 states documenting the perilously inadequate medical care received by thousands of teens.

One of those children was Jessica, a 12 year-old-girl, pulled out of her bed at night by law enforcement for failing to appear at a probation hearing, and then transported to a juvenile lockup in Albuquerque, New Mexico.

When I met Jessica in the detention holding room, she was still wearing her red plaid pajamas and socks without shoes. She stood on the concrete floor, silently crying, her hands cuffed in front of her, her cheeks red and her eyes bright from the fever she reported to me.

Jessica was asked a few general health questions by a detention officer, placed in a holding cell with other newly incarcerated, medically at-risk children, then stripped of her health insurance within a few hours, due to a little known federal provision that prohibits Medicaid payment for most health care services provided to individuals while incarcerated — even kids — under a policy known as the “Inmate Exclusion.” 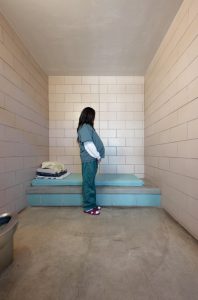 Then, after a cursory visual inspection by a nurse, Jessica was locked in a crowded, unsanitary unit sharing one bathroom with 30 other girls. A few days later, I learned that several children and a staff member in the facility had contracted strep throat.

I was alarmed, but not surprised.

A study conducted by the National Girls Health and Justice Institute (NGHJI) and the Children’s Hospital of Philadelphia, revealed that 11% of girls entering locked detention nationally had recently been exposed to Tuberculosis. What will happen when COVID-19, also a highly contagious, airborne disease, arrives in these juvenile facilities?

The NGHJI study also revealed that, largely due to that same hidden provision of the 1965 Federal Medicaid Law called the Inmate Exclusion, there were almost no research-based, medical intake screens for thousands of children entering detention. Consequently, infectious and communicable diseases, like flu, measles, and Tuberculosis can easily arrive undetected. Now, COVID-19 is added to that list of dangerous possibilities.

The four steps below can help defuse the COVID-19 health time bomb that could all too easily detonate in locked juvenile facilities: 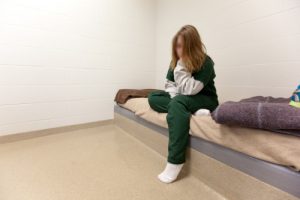 Second: Immediately install evidence-based physical and mental health screening in all youth detention facilities, and treat urgent health needs as soon as they are identified. This includes screening for COVID-19, and acting promptly to contain further spread in locked youth facilities.

Third: Conduct juvenile court hearings on time and via remote appearances, so that youth awaiting adjudication are not unjustly detained, while all involved in the hearings are still kept safe.

Fourth: Congress must end the Inmate Exclusion, and require that enforceable, medical standards govern every juvenile detention facility, as well as every adult jail and prison in the U.S. Taken together, the juvenile and adult locked correctional systems are right now exposing roughly 2.4 million children and adults, not just to punishment, but to illness and possible death.

Yes, we know that U.S. residents under the age of 18 are less likely to fall ill with COVID-19 or require intensive care, as compared with older Americans.

Yet, according to a recent study conducted by the CDC, among 149,000 COVID-19 infections reported in the U.S. through April 2, for which age was known, 2,572 of those diagnosed were people under the age of 18. In other words, youth are not free of risk. 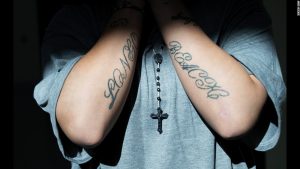 During these past anxiety-filled weeks we are all experiencing, I’ve found myself thinking about the scores of girls I interviewed in Los Angeles County Probation’s juvenile halls and youth camps during the period from 2012 to 2018, when I was working to improve their health and trauma care.

Among those who have entered my thoughts is a fourteen-year-old girl who I met at one of LA’s youth camps. When I was introduced to her, she was wearing a bright pink t-shirt, which she’d earned at the camp as some sort of reward. I was beginning to ask her questions when suddenly she turned to me with one hand on her hip, her expression heated. “WE ARE NOT NOTHING!” she said.

And that’s the point.

Their hair pulled back tight, their faces scrubbed of any makeup, and dressed in loose sweats, the thousands of girls I’ve met in youth lockups could be anyone’s daughters. They could be mine. They could be yours. They are ours. 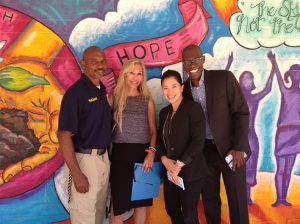 And they do not deserve to fall ill from this deadly virus, simply because no one has decided to do whatever it takes to keep them safe.

Unless otherwise noted, all photos are by Richard Ross from his widely honored book, Girls in Justice.