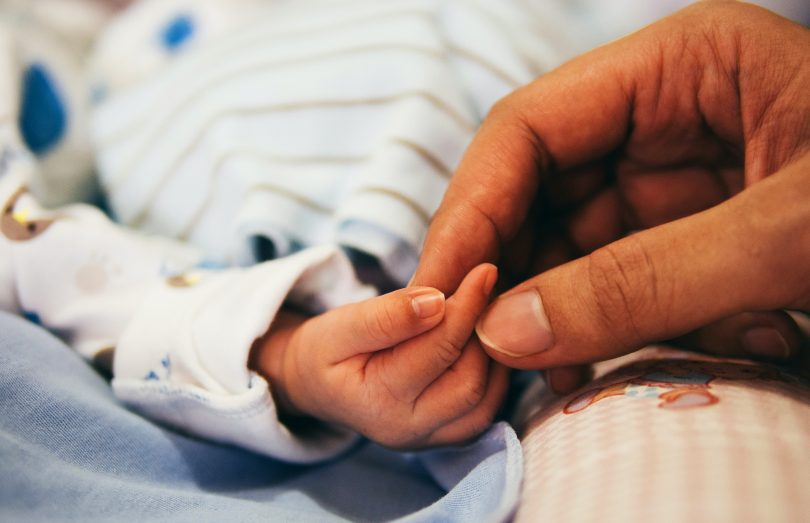 In the past decade, it has become commonly accepted that emotional trauma can adversely affect the mental and physical health of individuals in a multiplicity of ways.

So does that causal relationship also extend to the risk of premature birth?

A 2014 study conducted by the Stanford University School of Medicine and the U.S. Department of Veterans Affairs strongly suggested that it does.

Specifically, the authors of the Stanford study examined more than 16,000 births and found that pregnant women with a recent diagnosis of post-traumatic stress disorder were 35 percent more likely to deliver a premature baby than were other pregnant women or birthing parents.

“This study gives us a convincing epidemiological basis to say that, yes, PTSD is a risk factor for preterm delivery,” said the study’s senior author, Ciaran Phibbs, PhD, associate professor of pediatrics and an investigator at the March of Dimes Prematurity Research Center at Stanford University.

“Mothers with PTSD should be treated as having high-risk pregnancies.”

In addition, there have been several reports and studies about the relationship between community violence and trauma such as this 2017 report by the Violence Policy Center, “The Relationship Between Community Violence and Trauma,” which digs into a wide array of research to paint a comprehensive picture of how a pattern of violence in a neighborhood can produce emotional trauma as extreme as that experienced by U.S. service people returning from war zones.

Now, in Los Angeles and other U.S. cities, residents from neighborhoods that have experienced the effects of multiple deadly shootings by police, have repeatedly attempted to explain to policy makers and others that a fatal shooting by a member of law enforcement visits trauma and emotional harm, not just the family of the person killed, but also the the members of the community where the killing took place.

This brings us to  a new and significant study by University of California, San Francisco, researcher and postdoctoral scholar Dr. Dana Goin, in which Goin and her team of researchers explored whether or not “exposure to fatal police violence during pregnancy affects the hazard of preterm delivery and whether associations differ by race/ethnicity and fetal sex.”

In her op-ed below, Dr. Goin explains exactly what she and her fellow researchers found, and what the rest of us ought to take away from this critical and very timely research.

By Dana Goin, The Conversation

Building on generations of work by activists and organizers, there is currently a national reckoning with the impacts of police violence on Black communities underway in the United States. It’s well established that killings, injuries, and intense surveillance by police can traumatize not only the direct victims, but their communities. But little research has been done to assess whether police violence has spillover effects on other facets of human health.

I am an epidemiologist who studies how the social and physical environment shapes maternal and infant health, and my research team and I wanted to investigate whether witnessing the police killing someone – or even living nearby or hearing about it afterward – could affect the outcome of a healthy pregnancy. Our latest research suggests the answer is yes.

Our new study, published in March in the journal Paediatric and Perinatal Epidemiology, found that Californians who were pregnant when fatal police violence occurred in their neighborhoods saw increases in preterm birth. For Black mothers, the associations were particularly high: When police killed a Black person in the neighborhood, the hazard of delivering early increased by 35% or 81%, depending on the data source.

Our study used California birth records to estimate pregnancy duration for the almost 4 million births statewide from 2007 to 2015. We then looked at anyone who was pregnant when a police killing occurred in their neighborhood, and compared them to their neighbors who were not exposed during their pregnancies. There is no single comprehensive source of data on police killings. We, therefore, used two sources of information about fatal police violence: California death records and the Fatal Encounters database, a compilation of Americans killed during police interactions.

We observed that when people were exposed to fatal police violence sometime during their pregnancies, there was a small increase in the hazard of delivering prematurely. Using the California death records, there was a 5% increased hazard of the baby being born between 34 and 36 weeks of gestation. There was a 3% increased hazard using the Fatal Encounters database. We didn’t observe associations between exposures to police violence and delivery even earlier, between 20 and 33 weeks of gestation.

Among Black women, we found that exposure to fatal police violence, especially when the victim was also Black, had an even stronger impact. When police killed a Black person in her own neighborhood, a Black mother’s hazard of delivering her child between weeks 32 and 33 increased 81% with the California death records. With the Fatal Encounters data, the hazard increased by 35%.

These findings are critical for a number of reasons. Preterm birth is the leading cause of infant death and may also carry implications for a child’s short- and long-term health. Mothers of preterm children may experience adverse mental health outcomes like increased anxiety and fatigue and use postnatal services less.

The cost of preterm birth is staggering, an estimated US$25.2 billion per year – about $65,000 per birth – with a substantial portion of that paid by Medicaid. For families, preterm birth can present additional financial hardships, including increased transportation costs for additional medical appointments and delayed return to work or missed work for employed parents.

The American Public Health Association provides detailed guidance on addressing police violence to improve health and health equity. This policy statement from public health researchers builds on work from community organizers and indicates what’s needed most is a shift in how government resources are allocated. It suggests that moving those resources away from criminalizing and policing marginalized communities to investing in their health, safety and well-being – through housing, food security, and quality health care and education systems – is the route to real change. 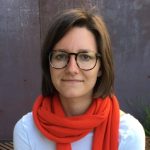 Author Dana Goin is a Postdoctoral Scholar at University of California, San Francisco.  She received her PhD in Epidemiology and an MA in Biostatistics from the University of California, Berkeley. Her research focuses on social and environmental factors that shape population-level differences in maternal and perinatal health and the biologic and behavioral mechanisms that explain those disparities.

Goin’s essay is republished from The Conversation under a Creative Commons license. Read the original article.