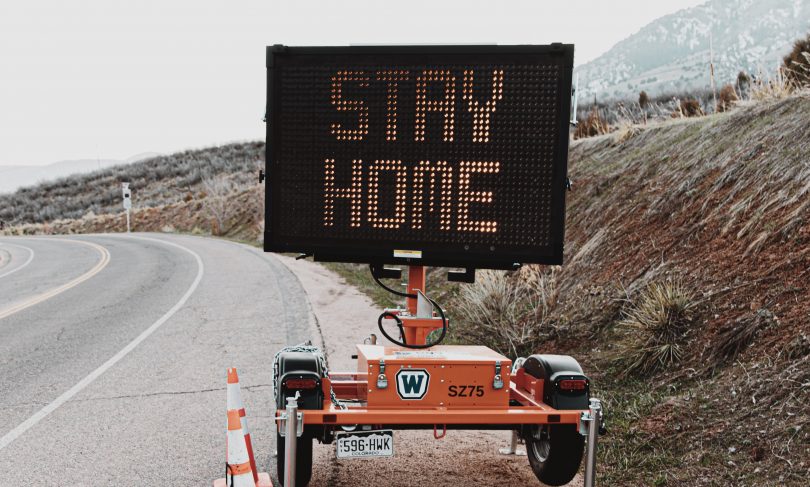 On Friday, Los Angeles City Attorney Mike Feuer and LA County District Attorney Jackie Lacey announced the launch of “Behind Closed Doors,” a coordinated campaign to prevent domestic violence, as well as child and elder abuse, as isolation required by the pandemic pushes victims further into the shadows.

During emergency situations, the dangers of abuse “are more urgent,” Feuer said at a press briefing Friday morning. The coronavirus crisis has meant that “schools are closed. Kids are home. They’re away from eyes and ears in the community at large — from teachers, to friends and neighbors, to doctors and others.”

Trips outside of the house are limited to essential needs. Many adults facing domestic violence at home, are also likely cut off from friends, extended family, neighbors, and coworkers. And living in confinement, loss of employment, and other stresses can easily escalate tensions at home.

“It’s up to all of us to make sure that our family, friends, neighbors and colleagues get through this public health emergency without becoming a victim of crime,” Lacey said.

Under the initiative, the prosecutors’ offices are partnering with Los Angeles Unified Schools’ 63 food centers and grocery stores county-wide, two of the few public places where victims trapped at home with their abusers may still be able to go. The campaign will provide special posters to stores and school food stations with hotline numbers, shelters, and legal services victims can contact for help.

The prosecutors are also calling on “delivery personnel, home repair workers, neighbors, family and friends” and others who still have physical or virtual contact with people sheltering in place under Safer at Home orders, to watch out for signs of abuse and neglect, and to call or text 911 if they believe someone is in danger.

“What goes on behind closed doors can remain invisible and sometimes be deadly.” said Feuer. “I am very alarmed at what appears to be a dramatic decrease in reporting of crimes relating to our most vulnerable.”

The numbers are not so stark when it comes to intimate partner violence, however. While the Feuer reported a 13 percent decline in reported instances of domestic violence in the city, earlier this week, LA County Sheriff Alex Villanueva announced that domestic violence emergency calls had increased by 8 percent when compared to the same period last year.

Local Service Providers Forced to Adapt to the Pandemic

One of the local organizations listed on the campaign’s domestic violence resource posters, Peace Over Violence, reports that while its hotline has has not experienced a marked increase in the volume of calls for service since LA and California’s stay at home orders arrived, the hotline has maintained a “steady flow” of people calling in for help. “I would be concerned if our calls declined” during this time, said POV’s Chief Program Officer Yvette Lozano, noting that domestic and sexual violence are already some of the most under-reported crimes.

Local organization like Peace Over Violence, one of LA’s longest-running family violence prevention programs, are finding ways to adapt to the pandemic situation, so that those in abusive environments don’t have to go without critical services that help to protect them.

In a live-streamed conversation with LA City Councilwoman Monica Rodriguez, POV’s executive director, Patty Giggans says her organization is working to create individual “safety plans” for those at risk of abuse as they stay at home because of coronavirus. (WLA’s readers may be more familiar with Giggans through her secondary capacity as a member of the civilian commission overseeing the LA County Sheriff’s Department.)

The stay-at-home order “does inhibit people reaching out, because if you’re living with your abuser 24/7, and things are escalating, and you can’t leave, what do you do?” Giggans said. We’ve had people calling from the bathroom, saying, ‘This is the only time I can call because I’m with him all the time.'”

“This is the problem that we’ve been confronting, and trying to figure out — how can we help people manage being ‘safer at home’?”

This is made more difficult by the fact that programs meant to support victims and prevent abuse have also had to change the way they connect with their clients after moving to remote operations.

Peace Over Violence, for example, has closed both of its centers to in-person services, noting that “even though our physical office spaces remain closed, our counselors, volunteers, and support staff continue to serve remotely, 24/7.”

One area of particular concern for POV is that it has been more difficult for women and other victims to access shelters when they need to leave home. Survivors in shelters are also running into system-wide slowdowns that make it hard to get a job or to move from a shelter into transitional housing.

With this in mind, LA officials have been rapidly shifting to a system better positioned to take on more and different needs in light of coronavirus. Chanel Smith, of LA Mayor Eric Garcetti’s Office of Public Safety reported that the city had been able to increase the number of domestic violence beds by an additional 1,000 in “about a week,” through extra funding and partnerships with programs like Peace Over Violence.

The shelter issue also featured prominently in a survey of service providers that the National Center for Victims of Crime conducted to better understand the impacts of coronavirus on victim services.

Many of the 420 respondents reported reduced volunteer numbers, difficulties transitioning to remote delivery of services, and court closures have altered the state of victim services across the nation.

Funding issues are also high on the list of potential roadblocks for the network of service providers in LA and beyond as cities and counties gear up to officially slash budgets ravaged by COVID-19 response needs.

Even after the stay-at-home orders are lifted and life starts to return to something close to normal, “we’re going to still have these issues,” said Giggans. “We’re still going to have all the vulnerable people in need for a long time, and we want to make sure that domestic violence survivors and sexual assault survivors are seen” as vulnerable populations that need continued care.

“Without the network, without the case managers, without the 24-hour emergency responders,” Giggans said, future victims will not get the help they desperately need.