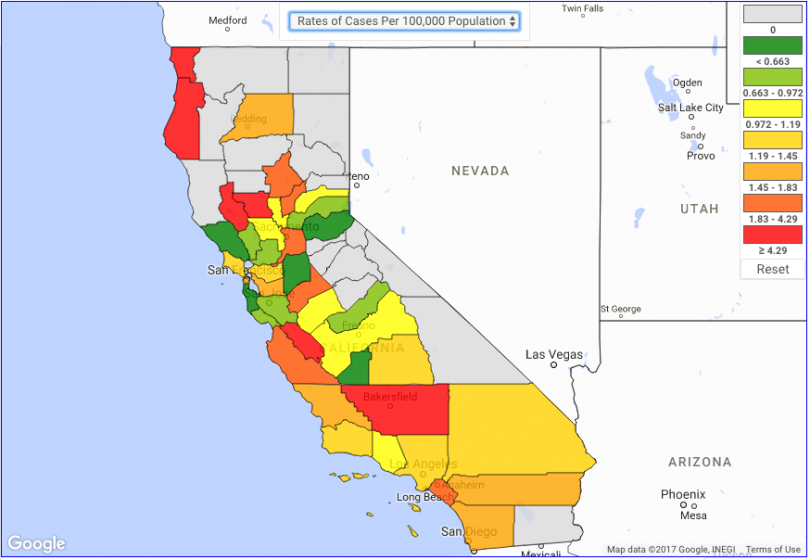 The new Henry A. Wallace Police Crime Database is the first public, searchable web database that catalogs the arrests of state and local law enforcement officers. The database, created by Dr. Phil Stinson, a criminologist at Bowling Green State University (and former police officer), provides information on 8,006 arrests of approximately 6,596 individual officers in all 50 states. The arrests resulted in 13,623 charges.

The database includes data from the years 2005 through 2012. The year 2013 is scheduled to go live this fall. The database includes an officer crime heat map broken down by county, year of arrest, and crime type. According to Stinson, almost half of the crimes officers were accused of were violent.

The database fills a significant void in federal data collection. The feds do not collect comprehensive data on criminal officer misconduct. Moreover, data federal data that relies on the more than 15,000 local and state law enforcement agencies to send in numbers and information is often neither complete, nor uniform.

Louisiana, New Mexico, and South Carolina have the highest number of cases per capita (more than 4.71 per 100,000 population). In comparison, California was relatively low on the heat map scale. CA officers (as well as Nevada, Michigan, and several others) were responsible for between 1.14 and 1.89 cases per 100,000 residents.

Among California Counties, Kern, Humbolt, and several much smaller counties had more than 4.29 cases per 100,000, while counties like Placer, Sonoma, Santa Clara, Santa Cruz, and San Joaquin, were responsible for fewer than .972 cases per 100,000 residents.

The data does not break down which charges led to convictions, however.

In 2011, Stinson won a grant from the National Institute of Justice to fund his research.

Stinson set up thousands of Google alerts to find officer arrests. The criminologist uses media alerts, as well as court documents to capture the information provided in his interactive database.