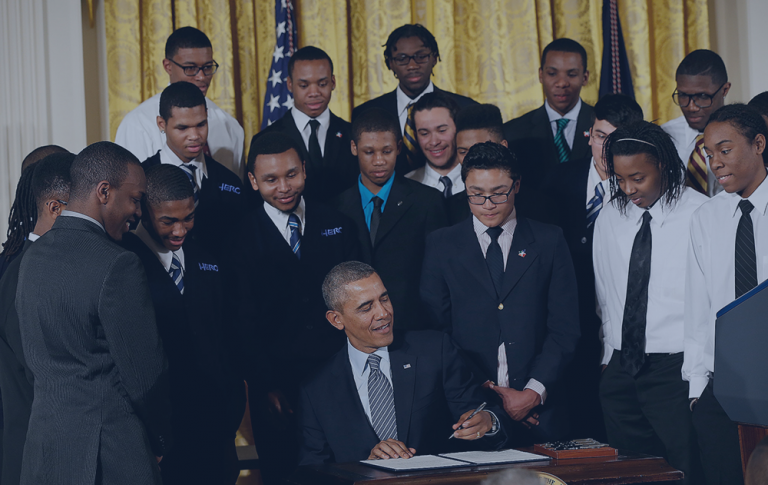 Next Tuesday, December 11, the Los Angeles County Board of Supervisors will consider a motion to more than match the Obama Foundation’s recently announced $425,000 award to LA justice initiatives through the “My Brother’s Keeper” Challenge Competition.

Last month the Obama Foundation announced that 19 community organizations would receive money and support for launching new programs and expanding existing programs focused on violence prevention and establishing clear paths to opportunity for young men and boys of color.

The winners will split a pot of more than $5 million in grant dollars, and will receive technical assistance and project evaluation from the MBK Alliance.

The Liberty Hill Foundation (along with My Brother’s Keeper LA County, the California Community Foundation, and other government and community partners) was among the three winners in California selected to receive between $100,000 and $500,000.

The Obama Foundation awarded the LA group a two-year, $425,000 grant. Supervisor Solis’s motion would give $575,000 in Department of Mental Health funding, ensuring that Liberty Hill and its partners have a total of $1 million to support their planned “school-based, trauma-responsive” intervention efforts.

Liberty Hill and company will use the MBK Challenge money to seed the Unlock Justice Initiative, a program aimed at empowering youth to organize against the criminalization of young people of color. The project will also work to boost youth diversion efforts in Los Angeles.

Supervisor Solis’s motion directs the Office of Diversion and Reentry to report back to the Board of Supervisors in 180 days with information about the progress of implementing the justice initiatives, including “information on youth engagement, academic achievements and improved school climate.”