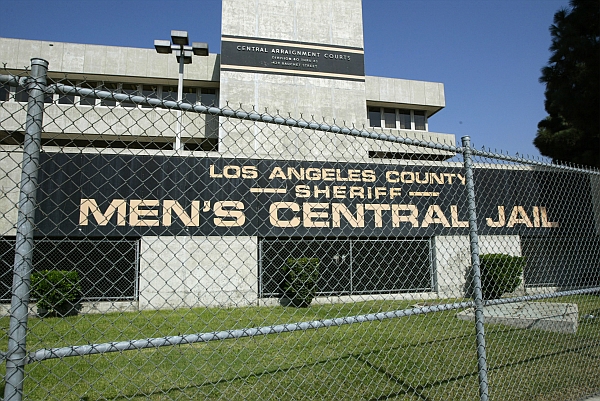 Last week, the Council on American-Islamic Relations (CAIR)  filed a lawsuit alleging mistreatment of Muslim jail inmates by members of the LA County Sheriff’s Department, which CAIR said has made a “multi-pronged and systematic effort” to prevent Muslim inmates “from being given the most basic religious accommodations” in LA County’s jails—and in Men’s Central Jail, in particular.

The 41-page complaint outlines in unsettling detail what the complaint describes as policies and procedures that, in some cases, completely deny Muslim inmates access to most, if not all, religious accommodations, services, programming—such as regular religious services—and also materials that are available to inmates of other faiths.  In many cases, according to the new complaint, the LASD requires the Muslim men to “jump through hoops” to obtain access to other common religious privileges such as a special diet. 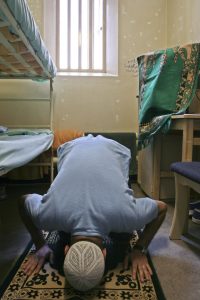 For instance, some plaintiffs reportedly had to file multiple grievances and requests to be given a Qur’an, while Christian and Jewish inmates, stated the complaint,  had no trouble getting Bibles or copies of the Torah.

And when it came to additional accouterments of faith, things like rosary beads for Catholic inmates, and yarmulkes for Jewish men at the prison, these items were allowed without a problem. But when Muslim inmates asked for similar basics for their religious practice,  things such as prayer mats, prayer beads or the religious skull caps called “kufis,” if they were given the items at all, they could only have them during a weekly religious services, which became a Catch-22 according to the complaint, since the Muslim inmates were often not provided religious services, when services for other faiths, were provided weekly.

According to the complaint, when the three plaintiffs—Joe Taylor III, Miguel Arciniega, and Hugo Cortez—tried to sign up for a “halal” diet (which is very similar in nature to a Kosher diet) everything got harder.   They were allegedly given a verbal test, which they must pass to “prove” they were devout enough Muslims to qualify for the special diet.

This already questionably constitutional practice was made more problematic, according to the complaint, in that questions the men were asked often pertained to less than universally known elements of the history of Islam. For example, among the series of questions, the men were asked to provide the names of certain members of the Prophet Mohammed’s very large family, and to name the place that Muslims used to face in order to pray, instead of Mecca, prior to the year 622.

(That’s the year, it turns out, that Mohammed changed the tradition. Prior to 622, Muslim’s used to pray facing Jerusalem, not Mecca.)

According to the complaint, Preston Smith, who was the religious and volunteer services coordinator for Men’s Central Jail, was particularly inappropriate in his dealing with Muslim inmates. For instance, Smith allegedly questioned Joe Taylor, one of the plaintiffs, after which time Smith told Taylor he was not a Muslim and that he—Smith—approved the diets and would make sure Taylor never got a “halal” diet. When Taylor wrote up an official complaint, Smith allegedly refused to process it.

According to the civil rights lawsuit, Taylor continued to request halal meals,  and continued to file grievances, both without success.  Taylor subsequently went for 83 days where he refused 120 meals on religious grounds, eating what only what he could without violating his religious principles, according to the complaint.  Taylor was also allegedly prevented from buying certain food items from the jail’s store, which would have supplemented what had become a very limited diet.

At some point during Taylor’s hunger strike, jail authorities finally put him on a vegetarian diet but still declined to put him on a hilal diet, which includes meat that is certified “halal,” in much the same way that Kosher food is certified.

The LA County jail system provides ways to celebrate and acknowledge the holidays of other faiths, but according to the complaint, failed to provide any way of celebrating or acknowledging the two days important to Islam.

Another of the three plaintiffs, Miguel Arciniega, filed an official grievance about watching Christian and Jewish inmates being served special food for Christmas and Passover.  Yet, despite his and the other Muslim men’s requests, they were not given special food for Eid al-Fitr, which marks the end of Ramadan, and is one of the two holidays most commonly celebrated worldwide in the Muslim faith.

The list of reported instances of inappropriate and unequal treatment the complaint alleges is depressingly long and quite detailed.

In June 2018, Taylor filed a grievance that a deputy grabbed him by his prayer beads and cut them off. When Taylor asked to have them replaced, he was refused, while Catholic inmates were allowed rosaries without a problem, according to the complaint.

In another alleged incident, when plaintiff Hugo Cortez passed the “Muslim” test easily, hoping to get hilal meals,  according to the complaint, Smith allegedly told another staff member to “test” him again about his knowledge of Islam because, Smith allegedly said, Cortez was “a Mexican,” and “Mexicans aren’t Muslims.”

Then when Cortez was questioned a second time and answered the questions using Arabic
terminology when appropriate, Smith allegedly told him to reply a third time, this time in English because “we’re in America and we don’t speak Arabic here.”

This kind of alleged faith-based unequal treatment, according to the lawsuit, violates both the U.S. Constitution and RLUIPA—the Religious Land Use and Institutionalized Persons Act, which was passed by unanimous consent by both houses of the U.S. Congress in 2000.

“The Los Angeles County Sheriff’s Department treatment of religious requests from inmates is egregious,” said CAIR National Litigation Director Lena Masri in a statement. “Our clients have had to resort to hunger strikes to get basic religious accommodations to practice their faith after their written requests and grievances were repeatedly ignored and denied.”

These and other allegations detailed in the lawsuit reportedly occurred starting in early 2017 with the last recorded allegation occurring in late August of 2019—in other words, the reportedly unlawful behavior occurred during both the administration of former LA County Sheriff Jim McDonnell, through to the present during the administration of LA County Sheriff Alex Villanueva, both of whom are named as defendants in the lawsuit.

WitnessLA asked the Los Angeles County Sheriff’s Department about the allegations in the new complaint, and a spokesman told us that no one could comment on the matter since it pertained to an ongoing legal matter.