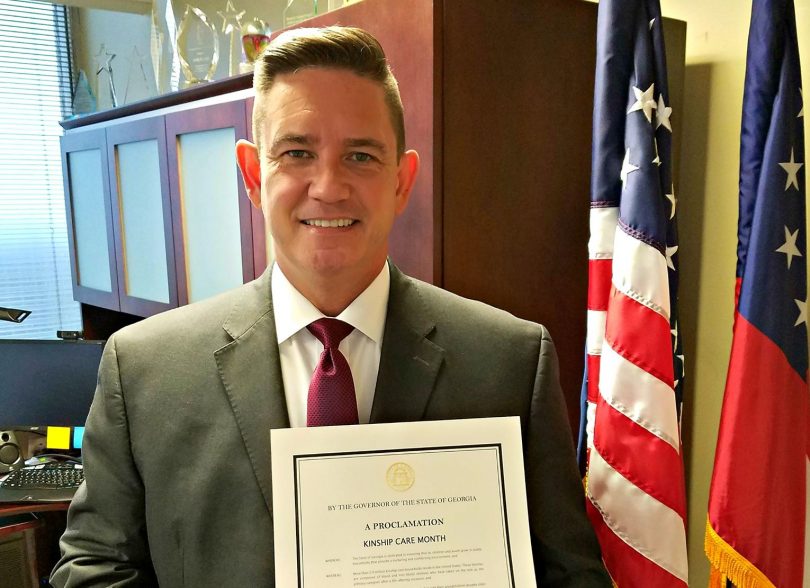 On Tuesday, the LA County Board of Supervisors selected Bobby Cagle for the position of Director of Children and Family Services.

Cagle will replace former director Philip Browning, who took the helm of the troubled agency in 2011. Browning, who retired at 70, served as the director for five years—longer than any director in approximately three decades.

Between Browning and Cagle, Brandon Nichols, a senior administrator for DCFS, has served as the interim director.

Cagle has served as the director of the Georgia Division of Family and Children Services since June 2014.

Prior to leading the Georgia DFCS, Cagle was the commissioner of Bright from the Start, Georgia’s Department of Early Care & Learning, the agency responsible for the early care & education needs of Georgia children.

Cagle was also adopted from foster care in North Carolina when he was a baby.

Former President Barack Obama selected Chang to lead the US Children’s Bureau, a child welfare agency under the Department of Health and Human Services. Before her time as head of the Children’s Bureau, Chang was the Senior Director of Public Policy at Casey Family Programs. She was also a Senior Staff Attorney for the Children’s Defense Fund.

LA County’s DCFS is the largest local child welfare system in the US, and oversees nearly 21,000 children placed in out-of-home care.

When the county hired Philip Browning, he stepped in as the third DCFS director in nine months.

During Browning’s time as the leader of DCFS, there was a high-profile abuse-related death of eight-year-old Gabriel Fernandez was tortured and fatally beaten in 2013 by his mother and her boyfriend in Palmdale, despite numerous reports to the Department of Children and Family Services that the boy was being abused.

The county is also currently experiencing a critical shortage of available foster parents and relative caregivers. Between 2005 and 2015, the number of foster homes dropped by 52 percent.

The department has also been criticized for fiscal mismanagement in recent years. In 2014, an Auditor-Controller’s report revealed that, during a four-month period, $571,000 worth of MTA passes and/or tokens were never given out by LA county social workers to the foster kids who urgently needed them.

Then, in 2015, DCFS came under fire for purchasing unexplainably expensive office equipment, including a $153 automatic tape dispenser and $374 headsets.