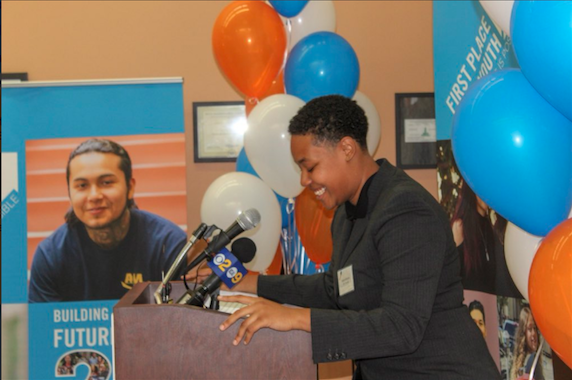 United Airlines has announced a $1 million grant to the Los Angeles branch of First Place for Youth, a California nonprofit that helps foster youth between the ages of 16 and 24 transition to adulthood with services focused on job training and placement, housing, education completion, and healthcare. With the funding boost, FPFY will be able to reach 50 percent more kids who are homeless or at risk of homelessness, and who desperately need support on their paths to self-sufficiency.

The money is part of a larger $8 million pot to be dispersed among United Airlines’ “hub market communities,” which include LA, San Francisco, Chicago, New York City, Chicago, Denver, Houston, and D.C.

“Los Angeles County is home to one-third of California’s foster youth and we are proud to help First Place target growth in high-needs areas of the community, like South Los Angeles, and help ensure California’s youth have increased access to high-quality programs that lead to employment in a wide variety of fields, including aviation.”

Despite the fact that foster kids in California can opt to extend their foster care benefits, including help with housing, from age 18 to 21, many youth fall through the cracks.

One First Place for Youth client, Noel Anaya, aged out of the system at age 21 after spending 20 years in foster care. Along with Youth Radio, Anaya was allowed to record his last dependency court hearing, which is a rare occurrence.

In front of the judge, who called Noel “one of our more successful young adults,” Noel read a goodbye letter he wrote about his experience with the foster care system—separated from his siblings, and passed around between foster families and group homes—which he described as “gray hands.”