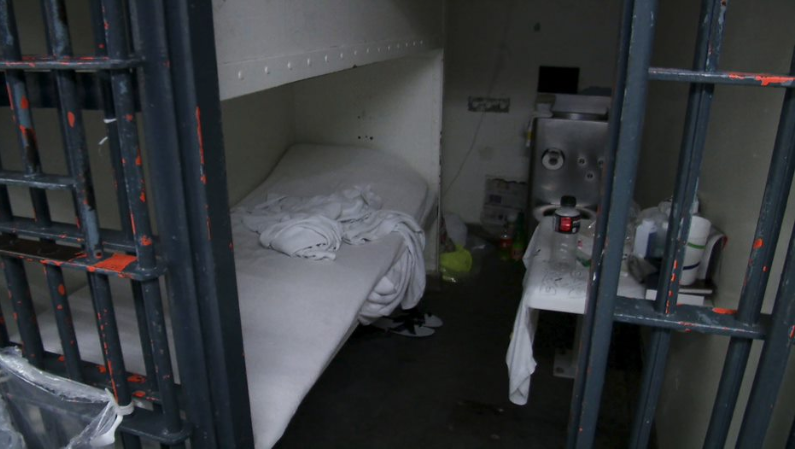 On Tuesday, the Los Angeles County Board of Supervisors voted unanimously to move forward with the $2.2 billion construction of a controversial “mental health jail” to replace the county’s crumbling Men’s Central Jail, which was built in 1963. The jail plan has been the subject of a decade-long battle over whether building a new state-of-the-art facility is the best way to address the problem of Men’s Central Jail in an age in which many states and counties are focused on reducing the nation’s reliance on incarceration.

The board approved the final Environmental Impact Report (EIR) for the 3,855-bed jail—the “Consolidated Correctional Treatment Facility”—on Tuesday, which means the plan will now move into the design phase.

The board first selected a larger, 4,860-bed configuration for the new facility, but ultimately reduced the capacity to 3,885 beds, a number lower than the number of beds that will be replaced.

The “decrepit” jail lacks sunlight and space for rehabilitative programs, and has developed serious structural problems that include aging plumbing and electrical systems, according to the LA County Sheriff’s Department.

The LA County jail system is often referred to as the largest mental health system in the nation. Approximately 70 percent of the county’s jail population report mental and/or medical illnesses when they are processed at the inmate reception center. According to the LA County Sheriff’s Department, the jail system “struggles with housing” its “mentally ill inmate-patients,” which make up approximately 30 percent of the jail population.

“I do not believe a jail should be a mental health hospital but that is increasingly what our jail system has become,” LA County Sheriff Jim McDonnell said in a statement after the vote. “The vote to support the continued development of a new correctional treatment facility is absolutely the just and right move forward. It is a vote for service, compassion and the opportunity for the most vulnerable in our care to receive the appropriate medical and mental health services in a treatment centered environment.”

Construction could begin as early as next year, and would be completed around 2025. In the meantime, the supes have approved a $12.6 plan to relocate Men’s Central “infirmary inmates” to Pitchess Detention Center for the duration of the construction period.

The Men’s Central Jail replacement project also includes plans to move the county’s female inmates from the similarly decaying Century Women’s Regional Center in Lynwood to a new women’s jail in Lancaster. The plan is to renovate Mira Loma, a facility that is currently sitting empty. The future Mira Loma facility has been criticized for its remote location, far from many inmates’ families and communities. Advocates have also voiced worries about the increased risk of deadly valley fever outbreaks that comes with the facility’s dusty desert location.

Community representatives and advocates from Dignity and Power Now were among those who vocally opposed the new jail facilities. A number of individuals and advocacy groups continued to urge on the board to redirect the jail-building dollars to community programs that address mental health, substance use, homelessness and the other issues that funnel people into the county’s jails.

James Nelson, a campaign leader at Dignity and Power Now, said that during his years in prison, he saw “so many mental health patients,” whom he says weren’t mentally ill before their incarceration. “That’s why I’m here,” Nelson said, “to say you can’t get well in the cell.”

Nearly half of the county’s jail population is being held pre-trial—often because of an inability to post bail.

The supervisors also voted on Tuesday to support the state’s bail reform bill, SB 10, and have been exploring possibilities for reforming the cash bail system at the local level, both of which could lead to reduced jail populations.

The jail replacement plan “incredibly worrisome,” said civilian watchdog Eric Preven. This process has been going on for a number of years, and the idea of reducing the population is not being platformed and put forward. We continue to circle around about the financing for this giant jail.”

But Supervisor Hilda Solis says that individuals deprived of their liberty should not also be “deprived of dignity.” The jail build, according to Solis, is just one part of a much larger effort to increase community treatment options for people with mental illnesses and substance abuse problems, to increase diversion efforts, to get the formerly incarcerated into the county’s workforce, and to reduce the number of individuals held in county jails while they await trial.

Supervisor Solis pointed to another motion passed Tuesday, that will move 150 felony defendants declared incompetent to stand trial, who would otherwise spend four to six months waiting in jail for a state hospital bed to open up, into mental health beds in the community.

“The “my ‘Healthy Village’ initiative at LAC+USC is envisioned around the ‘whole person care’ concept, and will be designed to provide wraparound services and repurpose underutilized County assets,” Solis added. “The Restorative Care Village at LAC+USC, once built, will address the mental, housing, recidivism, employment, and overall well-being of the County’s most vulnerable populations, including many that are currently housed at Men’s Central Jail.” Solis and her fellow supervisors intend for these county initiatives will become national models.

“My hope is that the future success of this facility will further reduce the mentally ill population in our jail system, and that we will see additional overall reductions in our jail system through the many other initiatives this Board is creating and implementing,” said Solis. “Today is the next step in establishing better care for those in our custody while also ensuring that more people do not fall into our justice system.”

Still, many advocates and community members worry that if the county builds the jail, it will fill the jail.

“You cannot just keep jailing people suffering from mental illness–not even if you build nice new shiny jails and call them treatment centers–it’s still a jail and people who are mentally ill and oftentimes homeless are being preyed upon and counted on to fill up these new cells,” said Dignity and Power Now founder, Patrisse Cullors, who also chairs the Reform LA Jails campaign. The campaign has gathered approximately 170,000 signatures to put a ballot measure before LA County voters that would “develop a Comprehensive Public Safety Reinvestment Plan that substantiates the need to invest alternatives to incarcerations–particularly for the mentally ill and homeless–instead of taking $3.5 billion to build new jails.”