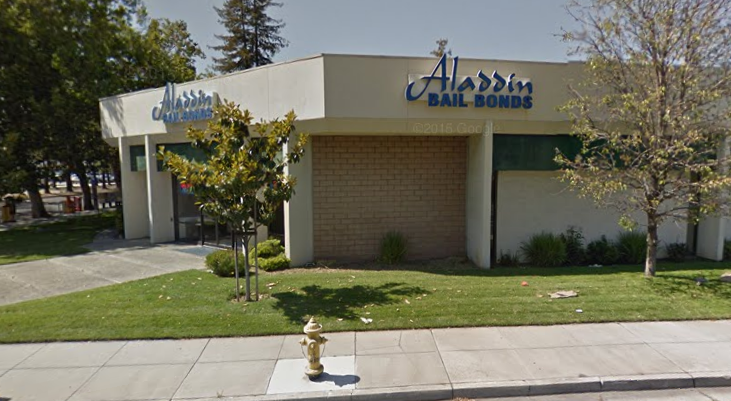 In 2014, a Santa Clara County District Attorney’s Office investigation found that for years, bail bondsmen illegally paid inmates to solicit business within the county’s jails. And, according to an investigation by KQED’s Sukey Lewis, the Santa Clara County Sheriff’s Department was aware that the practice, called “bail capping,” was happening inside the jails, but did not stop agents and inmates from engaging in the illegal schemes. California law prohibits bail bondsmen from actively soliciting bail business from inmates and their families. Only defendants, their families, or their lawyers can contact bail agents to secure bond.

The predatory schemes puts inmates and their families, as well as the public, at risk, and gives the badly behaved bail agents an unfair advantage over their competitors.

In her investigation, Lewis found that bail bondsmen were contracting with at least 30 inmates within Santa Clara jails to work as recruiters.

Guards were also reportedly involved in the bail scheme, allowing agents to regularly visit their recruiters (even if those recruiters were not eligible for bail), according to one former recruiter inmate, Scott Culp.

In this manner, bail bondsmen were able to train agents to recruit new clients, Culp told KQED. In one year, Culp said agents paid $15,000 into his commissary account.

Culp said he began working for bail agents around three months after he was arrested in 2013 for armed robbery. Culp told Lewis that guards allowed agents to visit him multiple times per week, but when Lewis requested the visitor log for the former inmate, the Santa Clara County Sheriff’s Department told her that Culp had received no visitors.

A former bail bond agent named Dino Garcia said that he saw jail guards allowing agents to access inmates outside of the jail’s regular visiting hours, despite the fact that bail agents are subject to the same visiting rules as any other jail visitors.

The DA’s investigation found that one agent in particular, Fernando Casillas, who worked for Aladdin Bail Bonds, identified himself as “inmate” on the visitor’s log book when he came to visit an inmate. Casillas said the inmate he visited was referred to him by a jail worker.

The bail industry itself is not well-regulated, either, according to the investigation. Agents working for private bail bond companies can bend rules, allowing inmates to get out of jail for a tiny fraction of their bail amount by allowing defendants to pay their bonds in installments. The workaround is a potential public safety risk in the cases of inmates with high bail amounts who are accused of serious violent crimes.

And bail capping isn’t just happening in Santa Clara. (Do be sure to head over to KQED to read more of Sukey Lewis’ investigative series.)

In 2016, a former civilian detention officer for the LAPD and a couple who owned a bail bond company were charged with running a bail capping scheme at the Van Nuys jail.

The guard, Leonard Ramirez, was giving the bail bondsmen, William Aroutounian and Iryna McCormick, recently booked inmates’ emergency contacts’ names and phone numbers. The bondsmen, who owned BBB Bail Bonds Company in Sherman Oaks, would then call the inmates’ family members, saying that the inmate asked them to call in order to secure a bail bond for their release.

Each of the three pleaded guilty and were sentenced to 400 hours of community service and three years of probation.

In Orange County, a bail bondsman was convicted of soliciting inmate business and attorney referrals. Ronald Lee Brockway and attorneys reportedly referred business to each other. Brockway also mass mailed his business fliers to OC jail inmates. The bail agent was sentenced to one year in jail, and three years of probation.

In another case, an OC defense attorney was sentenced to six months in jail for a major bail bonds and attorney referral scheme that reportedly reached “the highest levels of the sheriff’s department.”