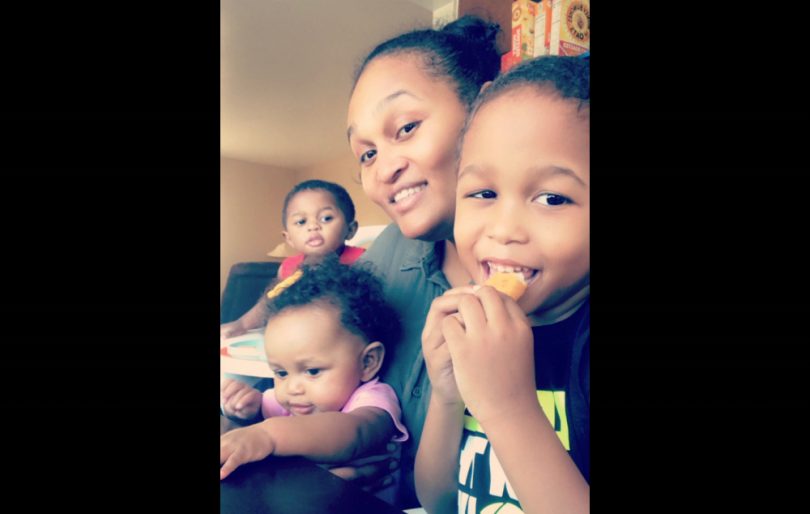 Before COVID-19, domestic violence was already at epidemic proportions in the U.S., with fifty women a month shot and killed by their partners. Now, with abuse stats continuing to rise still higher across the nation since mid-March, advocates plead with Governor Newsom to prioritize funding in his pandemic slammed budget for critically-needed emergency housing for victims and their children fleeing their batterers.

Nanette Guzman’s face throbbed with pain as she drove aimlessly through the streets of Los Angeles. Her two young sons sat solemnly in the backseat of the car.

She had no idea where she was going. All she knew was she couldn’t go home to the man who had beaten her moments ago.

For her own safety and that of her children, Guzman knew she had to end the relationship. But like many survivors of domestic violence, she was faced with an excruciating dilemma: leave her partner and become homeless with her children, or endure the abuse and stay housed.

But then Guzman found a third option.

At the insistence of a coworker, she had built up the courage to call a domestic violence shelter, Rainbow Services in San Pedro. Guzman didn’t know it, but Rainbow Services was among a select group of agencies implementing a pilot program called Domestic Violence Housing First. The model, based on the popular “housing first” method for addressing chronic homelessness, prioritizes housing stability as the first step toward helping domestic violence victims and their families regain control of their lives.

California’s Office of Emergency Services launched the Domestic Violence Housing First model in 2016, granting funds to just eight nonprofit agencies. Now, 65 organizations across the state are offering the program, including 16 in Los Angeles. Cal OES funds the programs with money the state receives from the federal Victims of Crime Act, which redistributes fines and penalties paid by federal offenders. For 2020, California’s OES granted $22 million to Domestic Violence Housing First programs.

Advocates asked Gov. Gavin Newsom to dedicate an additional $30 million in state funding to the programs, as well as other housing supports for survivors in next year’s budget. But the budget deal, announced June 22, doesn’t include the request. Advocates argue the money is needed more than ever due to a rise in domestic abuse during the COVID-19 pandemic, which has increased stress on families and kept victims stuck at home with their abusers. Calls to the National Domestic Violence Hotline rose 9% between March 16 and May 16, and 1 in 10 calls were related to COVID-19, a report showed.

Advocates are concerned that even more cases are going unreported.

Newsom and his partner Jennifer Siebel Newsom recently announced new supports for domestic violence victims during the pandemic, including expanding capacity for Californians to text 911—a service often used by survivors, $5 million in state funding for domestic violence service providers, and a new partnership with the Women’s Foundation of California to secure private funding to support survivors fleeing violence. But with a looming $54 billion state budget deficit, the request for $30 million is expected to go unfulfilled.

Domestic violence is a leading cause of homelessness among women and children. Women who suffer domestic violence are four times more likely to experience housing instability than other women, one California study found. While people from all socioeconomic backgrounds experience domestic violence, low-income survivors, and immigrant women are especially at risk of becoming homeless due to a lack of resources.

Shelters and organizations that help domestic violence survivors typically have little money to assist their clients with housing expenses. Even when they do have funds, grant requirements narrowly limit what the money can be spent on. That’s unfortunate, says Sunhee Kim, program manager at Korean American Family Services, because financial uncertainty is a major reason survivors stay with their abusers. Perpetrators of domestic violence also frequently sabotage the victim’s access to money as a means of exerting control over them.

“Ninety percent of our clients were dependent financially on their abuser,” explains Kim, whose organization started a housing first program in 2018. “Once you leave, how are you going to survive? How are you going to feed your kids?”

Under the Domestic Violence Housing First model, survivors can receive financial assistance for almost anything that helps them stabilize their housing situation. It could be help with direct housing expenses, such as a deposit and rent; or indirect costs such as utility bills, furniture, car repairs, or childcare so the survivor can work. Funding can also go toward vocational training so survivors can ultimately get a job that supports their housing costs.

“It empowers survivors to work with a team to solve their housing issues long-term,” says Barbara Kappos, executive director of the East Los Angeles Women’s Center, which is also implementing the model. “Each survivor, each family is unique, and their needs through this program are addressed individually.”

The assistance is not an indefinite blank check. Advocates work with survivors to set goals and a budget, assess what resources they already have, and leverage other assistance that might be available to them such as housing vouchers or food stamps. Then they fill in the gaps with Domestic Violence Housing First financial support, creating a plan that moves the survivor toward financial self-sufficiency.

In some cases, survivors only need a little help, explains Giovanna Martinez, Domestic Violence Housing First Program Coordinator with the Human Services Association. Others may need rental subsidies for up to two years, the cut-off point for support.

A recent study of 33 Domestic Violence Housing First programs found survivors received on average $3,000 overall. Almost 80% of the money went toward rental assistance and move-in costs. The rest covered other expenses such as transportation, debt payoff, utilities, safety enhancements (such as a surveillance system for the home) and children’s needs. Almost 90% of the survivors had between one and five children.

The assistance is a small price to pay for helping survivors and their children stay housed, advocates said. For children, especially, the trauma of experiencing violence in their home and then being thrust into homelessness can have life-long consequences. Stressful events, particularly early in life, can seriously harm children’s development. Without intervention, they’re at risk for learning difficulties and long-term physical and mental health problems.

“Homelessness is trauma, and then you put the trauma of domestic violence on that as well … that’s incredibly stressful on a young kid,” says Elizabeth Eastlund, executive director of Rainbow Services. Having a home “provides that foundational stability for families to then be able to start that healing process.”

Leslie, a survivor with two children ages 7 and 9, enrolled in the Domestic Violence Housing First program through the Human Services Association. Leslie, who asked to use only her first name for safety reasons, and her children had been without stable housing for months after she left her abusive ex-partner. The program advocate gave them motel vouchers for immediate shelter, then helped her find an apartment, and pay the deposit and first month’s rent. The agency also paid for food, furniture and clothes for her children when they started school.

“It had definitely been a journey for me and my children,” says Leslie. “To be able to come out of it still standing, I’m so grateful.”

Guzman and her sons, meanwhile, qualified for a Section 8 housing voucher, and used housing first funding to pay for a deposit on an apartment. About $750 from the program bought them furniture. Rainbow Services also connected them to health care and therapy, and Guzman was able to attend parenting classes and a domestic violence support group. Diagnosed with PTSD and unable to work, Guzman received disability benefits temporarily. Her oldest son, now age 5, is getting speech therapy for language delays, which Guzman attributes to the abuse he witnessed and experienced. He is starting to talk and play more now that they have their own home, she says.

The mother’s one regret is that she didn’t find out sooner that there was help available. If she had, she would have left her abusive relationship much earlier, she says.

But for now, Guzman is focusing on the future.

“I can finally start making decisions for myself and for my children,” she says.

Claudia Boyd-Barrett reported this story with the support of the Fund for Journalism on Child Well-Being, a program of the USC Annenberg Center for Health Journalism. This story was produced in partnership with the California Health Report.