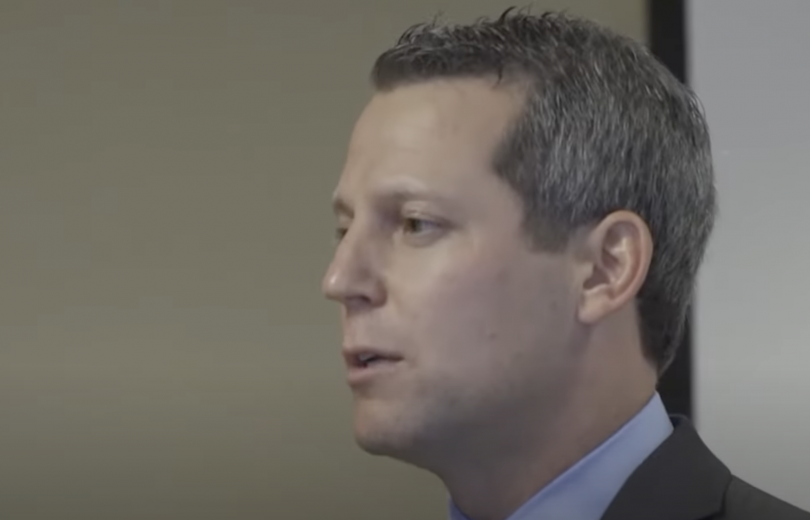 Hillsborough County State Attorney Warren, who has been voted into office twice, is viewed as a “rising liberal leader,” and also has a reputation for working well with law enforcement.

It seems the so-called neglect of duty to which Governor DeSantis referred is the fact that Warren put his signature on a letter, which was co-signed by more than 90 other prosecutors from around the nation (including seven prosecutors from California), all of whom pledged not to prosecute women who sought abortions, or those who provide them.

The letter against prosecuting women for seeking abortions, which was organized in late June by the California-based non-profit Fair & Just Prosecution, after the U.S. Supreme Court dynamited Roe v. Wade, was not all that infuriated DeSantis.

Within days of signing the one letter, it seems Warren also signed another joint document, an amicus brief, which featured signatures by more than 100 criminal justice leaders from around the nation – including current and former prosecutors, law enforcement leaders, attorneys general, judges, and former Department of Justice officials. In this case, those who signed the brief supported legal efforts to block the State of Texas from prosecuting and criminalizing parents who seek “gender-affirming care” for their transgender children.

Warren’s signatures on the two documents, while basically the expression of an opinion on two issues, rather than an actual prosecutorial action (or the refusal to act), still constituted a firing offense, according to the Florida governor with presidential aspirations.

After DeSantis’ Thursday morning announcement,  Warren held his own press conference, at which he defended his record as state attorney, noting he kept crime low, and protected the constitutional rights of the people in his district.

“Today’s political stunt is an illegal overreach that continues a dangerous pattern by Ron DeSantis of using his office to further his own political ambition,” Warren said in a written statement. “It spits in the face of the voters of Hillsborough County who have twice elected me to serve them, not Ron DeSantis.”

Tampa’s mayor,  Jane Castor, who was the city’s police chief from 2009 to 2015, was one among many who spoke harshly about DeSantis’ removal of Warren from his office.  (He was reportedly literally escorted out of his office Thursday morning.)

“Removing a duly elected official should be based on egregious actions — not political statements,” Mayor Castor tweeted. “In a free state, voters should choose their elected officials.”

In his press conference, Warren told those listening that he has yet to have a case brought to him on either matter.

This is particularly true of the issue of potentially criminalizing parents of trans youth, in that Florida has no such law.  It is Texas that has passed this virulent anti-trans legislation.

However, Florida does have on the books the painful and damaging so-called Parental Rights in Education Bill, limiting LGBTQ discussions in schools, a law that is now being challenged by attorneys general from 16 states, who argue it lacks educational merit and harms students and teachers.

I any event, thus far, Warren says, he and his office have not seen any of the kinds if cases at issue.

“You should go ask the Sheriff whether he has had those cases and whether they’re investigating arresting people for that, because when they do, and they bring us a case, we’ll evaluate it,” Warren said.

Interestingly, Warren’s firing by DeSantis was not the main issue the twice-elected prosecutor discussed in his Thursday afternoon press conference.  Instead, the primary focus of the press event was a dramatic update on an innocence case that Warren’s office had broken open two years before.

“In 2018, my office created a conviction review unit to find and fix wrongful convictions,” Warren told his listeners.

“Two years ago, that unit exonerated Robert DuBoise. He’d spent 37 years in prison for a rape and murder that he did not commit. Our investigation found DNA evidence that established Robert did not murder Barbara Grams. That DNA evidence did provide new leads, and launched a fresh investigation.”

Warren then described how the DNA evidence, in addition to freeing DuBoise, led them to two men, who “actually murdered Barbara Grams 39 years ago.”

He said both men, who are already in prison for other crimes, had also raped and murdered another woman in Tampa in 1983, and that crime had gone unsolved as well.

The men are subjects in other cold case investigations from the same time period in the Tampa Bay area, Warren added.

Before elaborating on the matter of the two new suspects, Warren described the work of his office’s Conviction Review Unit, which he said reviews plausible claims of innocence and “safeguards” against wrongful convictions.

“In the rare case where an innocent person is convicted, it means the actual criminal got away with a crime,” Warren told reporters. “But for these victims, that stops now. It’s extremely rare for exonerations to be followed by the prosecution of the actual perpetrators.”

So, had the wrong man not been convicted, would other crimes have been prevented?

Whatever the case,  the Florida governor’s public safety concerns for Tampa Bay seem to focus on having a prosecutor willing to arrest a woman who is seeking an abortion—or the parents of transgender sons or daughters, should Florida pass a law similar to that of Texas.

“Governor DeSantis’ suspension of State Attorney Andrew Warren is an unprecedented and dangerous intrusion on the separation of powers and the will of the voters,” wrote Miriam Krinsky, of Fair & Just Prosecution in an email.

“Governors don’t hand-pick elected prosecutors, the voters do. With this outrageous overreach, Gov. DeSantis is sending a clear message that the will of the people of Hillsborough County matters less than his own political agenda.”

So it would seem.

Nevertheless, when asked at his press conference, what he was doing when he got the news of his termination by the governor, Warren replied crisply that he was “doing the work I was elected to do as state attorney.”

He was focused, he said, on “delivering justice” to the family members of the murdered woman, “that they’ve been waiting for 39 years to get.”

He was also, he said, overseeing an office of 300 people who keep 1.5 million people safe in Hillsborough County.

“So if governor wants to do his side show with his cronies,” said Warren, “I’m in the one who’s upholding the law and keeping the community safe.”

We have fought hard, he said, “for fairness, public safety, and justice.”

The top photo is a screen shot of State Attorney Andrew Warren at his press conference.