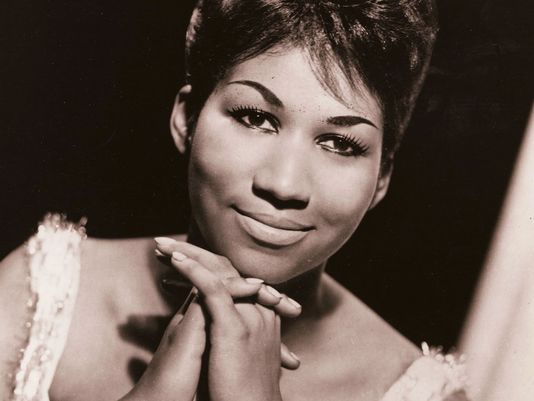 After Rolling Stone Magazine ranked the 100 best vocalists of rock and roll in December 2010, aided by 179 experts, there was much discussion about who should have been in the top ten, and in what order.  But virtually no-one disputed the name at the top list.

Number one was, of course, Aretha Franklin.

“When it comes to expressing yourself through song,” wrote Mary J. Blige, about Aretha, “there is no one who can touch her. She is the reason why women want to sing.”

Yet, her wondrous voice transcended everything;  gender, race, place, and time.

She was nicknamed the Queen of Soul, however as the years passed, even that honorific seemed too small for this vocal genius with her near-supernatural powers.  Aretha was—is—the Queen, period.

Although today many will be publishing the video below of when Aretha performed in 2015, when Carol King and others were honored at the Kennedy Center, we’re putting it up too, because in case you’ve never seen it, we don’t want you to miss it—especially the moment when she drops the full length mink coat.

In 1998, she stunned the audience for the Grammy Awards, when she stepped in at the last minute for Luciano Pavarotti, who had become ill, and sang the Puccini aria Nessun Dorma.

And here is her 1967, Chain of Fools, which is not a recording you should play at full volume while driving, because when she gets to line, “my doctor said ‘take it easy,‘” you may become subject to unplanned swerving.

Then just one more. Here, in 1967, she takes the song that made Sam Cooke immortal, and makes it her own.

Aretha Franklin died on died on Thursday of advanced pancreatic cancer at her home in Detroit. She was 76.

Sleep, fly, rest, Aretha.  Our gratitude for all you have given us can never be adequately expressed.

Farewell to the Queen.