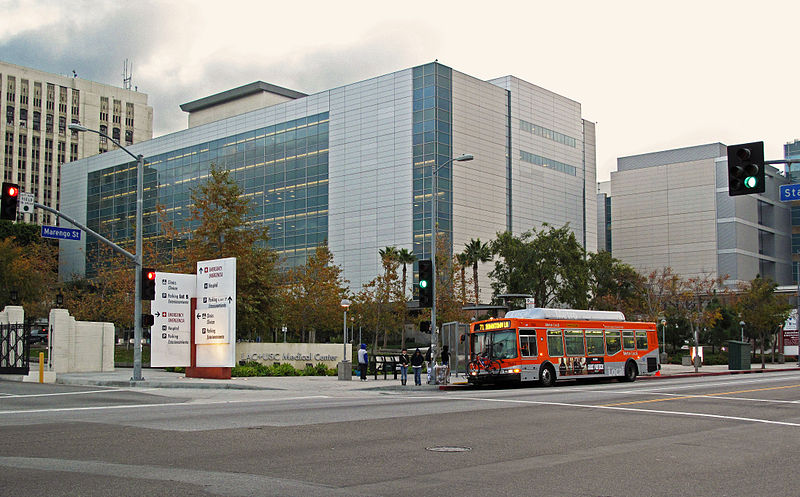 On Tuesday, the Los Angeles County Board of Supervisors voted unanimously in favor of a policy that designates county properties and facilities, including libraries, hospitals, and departments as “sensitive locations” where undocumented immigrants can access county services without having to fear sweeps by Immigration and Customs Enforcement (ICE) agents.

The new policy will require ICE to have a warrant to enter “access non-public areas of county properties or facilities” and arrest immigrants. County officials and employees will be instructed not to comply with requests made by immigration agents who don’t have a warrant.

Some facilities, like schools, jails, and courthouses are not part of the new policy because they operate under policies that school districts, the LA County Sheriff, and the state decide.

The LA County Office of Education has a similar “safe locations” policy for undocumented students and families.

Earlier this month, Inspector General Max Huntsman revealed that the sheriff’s department has had stronger collaboration with US Immigration and Customs Enforcement than the department previously reported. Sheriff’s officials let ICE set up shop in the county’s inmate processing facility, with “constant” access to information on inmates who were soon to leave jail, according to Huntsman. Sheriff Jim McDonnell acknowledged that earlier assurances about LASD “no longer providing ICE with lists of individuals being released” were “not accurate.”

The supervisors inquired into the status ICE’s access to the jails, and were informed that ICE occupied space with computers in the Inmate Reception Center from mid to late-August before the office was shut down.

On March 16, California Supreme Court Chief Justice Tani Cantil-Sakauye’s sent letter blasting the feds for “stalking undocumented immigrants” in California courthouses. In his response, Sessions implied that the state and local jurisdictions’ lack of cooperation with Immigration and Customs Enforcement agents has forced the feds to seek out and arrest immigrants in safe public places, like courthouses.

While courthouses are among the facilities not included in the policy, stories of immigration-related arrests at courthouses, hospitals, and schools can deter immigrants from seeking healthcare and government services.

“The County has a strong interest in promoting unimpeded access to County offices and agencies for all residents and seeks to foster a relationship of trust between all residents and County agencies,” County Counsel Mary Wickham wrote in a letter to the board Tuesday. “Immigration enforcement activities in County offices and agencies can create fear, anxiety, and concern, and can severely disrupt the provision of County services and unimpeded access to all County residents.”

County Counsel’s report was prompted by a motion from Supervisors Hilda Solis and Sheila Kuehl in April, seeking information on the county’s authority to limit immigration enforcement at county facilities, schools, and other sensitive locations.

Supervisor Kuehl expressed concern about training staff on the new policy. “We have a lot of public buildings where people are either required to come, or they come to pay their taxes, the come to visit with [the Department of Public Social Security], they come to visit with [the Department of Children and Family Services],” Kuehl said. “And I think it would be really good for our own staff in these departments to understand where they must allow ice, and where the do not have to.”

Consulting rooms, offices, and other private rooms, Kuehl said, are private. “We bring a person in to talk to a DCFS worker about their family, that’s a private room,” the supervisor added. “I believe we can exclude ICE from coming into that room, but not necessarily from being in the lobby waiting for that person to come down the elevator.” Training on this policy won’t “roll out for 106,000 people that quickly,” Kuehl said, expressing concern about ICE’s promise that it would step up immigration enforcement activities in municipalities and states that have enacted “sanctuary” laws and policies.

Training on the policy will be recorded and circulated among county employees on the internet.