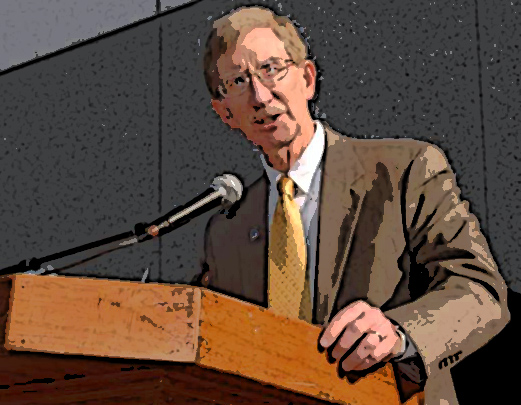 The LA County Department of Children and Family Services (DCFS) failed to deliver hundreds of payments to foster parents, group homes, and foster youth transitioning to adulthood, due to a malfunction within the department’s new digital case file system launched late last year.

Myeisha Jackson, a full-time college student transitioning out of the foster care system, received $883 a month from DCFS—her sole source of income. For Jackson, several months of missed checks meant getting evicted from her apartment, couch surfing, and struggling to eat.

Another transitioning foster youth, Trent Lee was ineligible for food stamps because he was receiving a monthly check from DCFS, so when the payments stopped coming, Lee found himself standing in line for meals at a local church.

Missed payments are particularly debilitating for adult foster youth who often do not have the familial safety net to fall back on in an emergency situation.

There were at least 50 other young adults who did not receive their monthly payments, according to the Children’s Law Center of California, which has been tracking the issue.

Some lost their homes, and at least one young man reportedly had to drop out of college.

A group home manager was forced to borrow thousands of dollars from her friends to pay her employees.

Outgoing DCFS Director Philip Browning said approximately 700 payments were delayed out of around 46,000.

The problems occurred after approximately 500,000 case files were moved to the new system, a move that was reportedly required by state law. Browning said complications are to be expected in such a large system shift. Browning said the department lengthened the hours of a hotline and assigned additional staff to deal with the problem.

Both Jackson and Lee say they called the designated hotline, but it was always busy. Trent told the LA Times’ Adam Elmahrek that one morning, he called at 8:00a.m. only to be informed that his caller position was number 40 in line.

Initially, Browning refuted the troubling stories of Jackson and Lee. He later took back his judgement and acknowledged the missing payments.

Adam Elmahrek has the story for the LA Times.

Since August, dozens of people in Alameda County have been arrested on bogus warrants, wrongly required drug offenders to register as sex offenders, or kept behind bars beyond their release dates. Others had their criminal records altered, turning misdemeanors into felonies.

At fault is Odyssey, the county courts’ new $4.5 million electronic filing system, which appears to be making a mess of individual criminal cases at random.

“Soon after the initial deployment, it became clear that the Odyssey system was not an efficient case management tool for a court of our size, with the volume of criminal cases that we process on a daily basis,” Tracy Wellenkamp, director of the court’s criminal operations division, wrote in a declaration.

In a Tuesday court hearing, the county Public Defender’s Office, District Attorney’s Office, and law enforcement were all in agreement that the faulty software is hindering justice and must be corrected.

Presiding Judge Morris Jacobson gave the parties involved one week to figure out a solution to the software problem, which may mean compelling the tech company responsible for Odyssey to fix the glitches.

KQED’s Alex Emslie has the story.