The State Auditor recently issued an audit of the California Department of Corrections and Rehabilitation’s in-prison rehabilitation programs with a conclusion that these programs did not reduce recidivism rates.

However, this audit did not demonstrate the full picture and the experience of being incarcerated. The audit only analyzed one type of rehabilitation program known as cognitive behavioral therapy and did not analyze any restorative justice programs or victim awareness programs.

I know first-hand. I spent nearly 16 years in prison for stealing marijuana and was originally convicted under the felony-murder rule. This law was changed in 2018 and led to my release in January 2019.

During my stay in maximum security prisons, my cellmate and I would put quotes, definitions and positive words all over our walls on little pieces of paper, using our deodorant labels as tape.

We were tired of watching the same basic TV channels and bored out of our minds staring at blank walls. Hardly any programming was offered. We would spend most of our time enduring institutional lockdowns. I realize now, back then, my cellmate and I were begging for an education.

When I arrived at San Quentin State Prison in 2014, I experienced a culture shock. Incarcerated men were passing by, in full conversation, about their college essays, victim impact statements, remorse letters, and their childhood traumas.

They were planning events and projects to make amends and give back to the communities they took from. I immediately signed up for the on-campus college program and several of the self-help groups.

I learned the college program and the groups I attended were not funded, nor run by, the California Department of Corrections and Rehabilitation. Rather, they were provided by non-profit grassroots organizations and volunteers who would come in weekly to support us.

In these groups, I learned about emotional intelligence, reflected on how my childhood pain was linked to my crime. As I sat in these intense groups, other men and I shared, empathized and found understanding of our child selves. That helped heal our pain.

Most importantly, I gained deeper understanding of the harm that I had caused. I was able to develop my academic and emotional intelligence, and reflect on the impact of my crime on my victims and community.

Though San Quentin had a rehabilitative culture, I did continue to experience the punitive aspects prisons are widely known for. A culture of power and control hovered in the facility like dark clouds.

Random searches, pat downs, abusive, controlling language and verbal disrespect reminded us constantly that we were incarcerated, a separate class that, in the view of some, is not fully human.

I would go into a group, talk about my innermost shame and trauma, reveal my hurts and pains, and talk about my crime, then step outside into that punitive, traumatic environment. Though the groups were very helpful, the culture outside of the groups was counterproductive.

Furthermore, there was little reentry support. Not until you were six months away from going home could you sign up for the reentry group and hopefully figure out possible housing and possible employment.

A grassroots volunteer organization ran the reentry program. Volunteers did what they could with the little resources they had. More shockingly, it was incumbent upon the incarcerated person to determine and plan their reentry themselves. There was no administrative responsibility, nor was there help.

We must include the idea of safe learning environments in prison, access to the kinds of programs that help incarcerated men and women do the deep reflective work required to grow, heal from trauma, and become accountable for our past and current behavior.

There must be substantial investment in and support for an emphasis on reentry, in particular, housing and employment. A much more holistic approach needs to be taken when implementing a system for our returning neighbors.

The reality is that almost all incarcerated people will get out.

Preparing for reentry should start on Day One of a person’s incarceration. It should include a specific plan for what incarcerated individuals need to do to eventually come back home to our families and community.

Such a plan must identify our individual needs for healing specific traumas, which skills and education we need to obtain for a job and career; and a plan for a safe, and supportive living situation upon our release.

The answer is not rejecting rehabilitation programs but instead investing in a more effective, holistic and restorative approach that will dramatically reduce recidivism rates. 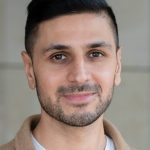 Author Adnan Khan co-founded Re:store Justice, based in Oakland and Los Angeles, working in partnership with incarcerated individuals, victims and others advocating to reform our criminal justice system.

Khan was the first person  in the State of California to receive re-sentencing and release since the implementation of SB 1437, the law that changed the felony murder rule.

You can read more of his writing here.

This essay originally appeared in CALmatters, a nonpartisan, nonprofit journalism venture committed to explaining how California’s state Capitol works and why it matters.