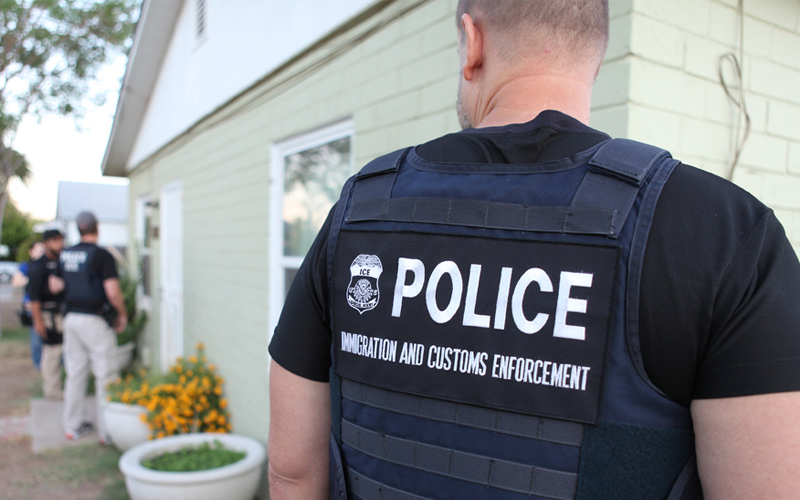 This week, the US Department of Homeland Security published the first of a series of weekly reports listing the local law enforcement agencies that most often declined to hold immigrants up to 48 hours beyond their release dates in order to give federal immigration agents time to decide whether to remove immigrants from local custody in order to deport them.

Both the county and city of Los Angeles were included on the list, which looks at the week of January 28 through February 3, 2017.

There were six other detainer rejections in California—in the city of Anaheim, as well as Alameda, Madera, Sacramento, Santa Barbara, and Santa Clara Counties.

In California, a state law passed in 2013—the Trust Act—stipulates that local law enforcement agencies can only transfer people to Immigration and Customs Enforcement (ICE) who have been charged with or convicted of serious offenses.

The DHS report also included a list of jurisdictions that had enacted policies limiting cooperation with federal immigration agencies.

For example, counties in Iowa do not honor ICE detainer requests without the approval of a judge. Certain counties in New York won’t honor them at all. No California jurisdictions were included on the second list.

Mayor Garcetti’s directive was issued as part of the Day of Immigration Action, in which more than 60 mayors across the nation worked to “mobilize law enforcement, faith leaders, legal advocates, and community organizations in affirming the indispensable role of immigrants in American life,” according to the LA mayor’s office. The event also aimed to connect immigrants and their families with resources to protect themselves from the Trump administration’s mass deportation efforts.

The order also reaffirms that all city facilities and services are to be available to every Angeleno regardless of immigration status. In addition, the directive strengthens the confidentiality of data submitted by LA residents who sign up for city programs and services.

“Immigration is at the heart of the American story, because people from everywhere have made immeasurable contributions to the diversity, ingenuity, and cultural richness that defines who we are,” said Garcetti, who chairs and founded the United States Conference of Mayors Latino Alliance. “That is especially true in Los Angeles, and people who have made a home here deserve all of the resources and protection their City can provide. No one in Los Angeles should live in fear of being taken from their home, or separated from their family.

Since the beginning of 2017, the number people reporting sexual assault has dropped by 25%, while domestic violence reports have dropped by 10%, according to Los Angeles Police Chief Charlie Beck. The chief says other the rate at which other ethnic groups reported these crimes did not experience a similar decrease.

According to Chief Beck, there was a “strong correlation” between fears of ramped up immigration enforcement and the drop in sexual assault and domestic violence reports.

LA police work under a longstanding mandate called Special Order 40, which was implemented by then-LAPD Chief Daryl Gates and the LA City Council, which prevents officers from questioning people with the sole intention of determining their immigration status. The mandate was put in place in 1979 so that undocumented immigrants could feel safe reporting crimes and otherwise engaging with law enforcement without the fear of deportation.

The Associated Press’ Michael Balsamo has more on the issue.