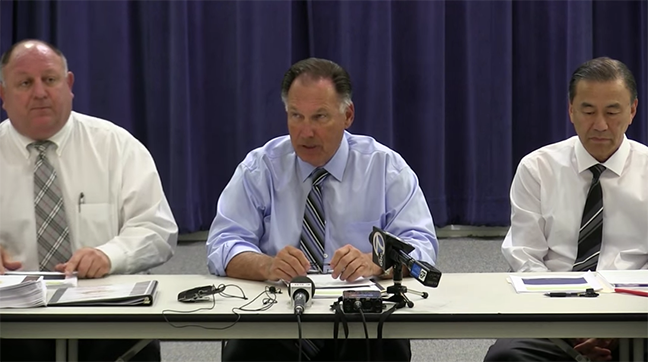 On Thursday, the U.S. Department of Justice announced a civil pattern-or-practice investigation into the Orange County District Attorney’s Office and Sheriff’s Department’s alleged misconduct involving the use of jailhouse informants and withholding of evidence from defendants.

The alleged misconduct resulted in Superior Court Judge Thomas Goethals’ removal of the entire OC DA’s Office from the high-profile case of mass shooter Scott Dekraai and the unraveling of a number of other cases going back decades. The DA’s Office and Sheriff’s Department have been accused of housing inmate informants near defendants in order to procure confessions. Directing inmates to obtain incriminating statements from defendants is a violation of the 6th Amendment right to an attorney during questioning.

In November 2015, more than three dozen former prosecutors, legal experts, and organizations sent a letter to US Attorney General Loretta Lynch calling for a DOJ investigation.

“A systematic failure to protect the right to counsel and to a fair trial makes criminal proceedings fundamentally unfair and diminishes the public’s faith in the integrity of the justice system,” said Principal Deputy Assistant Attorney General Vanita Gupta, head of the Civil Rights Division. “Our investigation will examine the facts and evidence to determine whether the district attorney’s office and sheriff’s department engaged in a pattern or practice of violating these rights. We are grateful to District Attorney Rackauckas for the unrestricted access he has offered to provide.”

Both OC District Attorney Tony Rackauckas and OC Sheriff Sandra Hutchens have said they welcome an investigation from the DOJ.

“I welcome this review and investigation and will cooperate fully,” Sheriff Hutchens said in a statement. “It is, and has been, our ultimate goal to have a jail system that is exemplary and that upholds its duty to the inmates, our staff and the people of Orange County.”

(For more backstory on the scandal that has gripped Orange County for more than three years, go here.)

The above video is of an OC DA’s Office roundtable discussion held in January following the release of an internal report on the OC DA’s use of jailhouse informants.