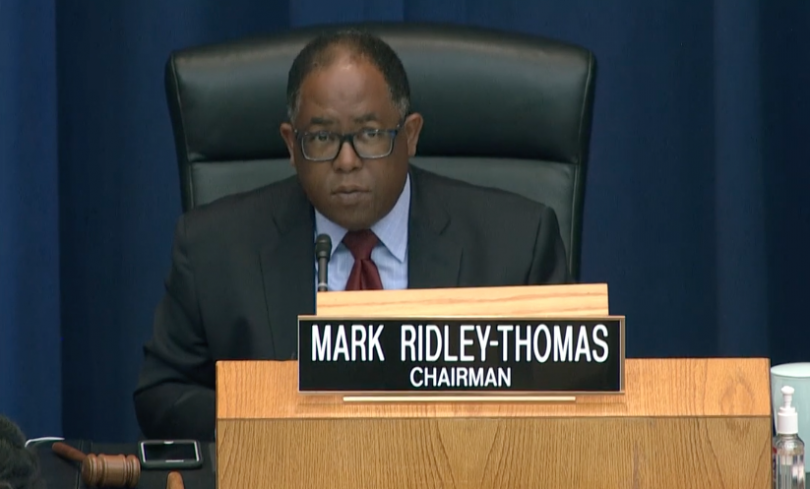 On Tuesday, the Los Angeles County Board of Supervisors voted unanimously to consider establishing an independent entity to create a “roadmap” for implementing long-awaited reforms within the LA County Probation Department.

The motion, introduced by Supervisors Mark Ridley-Thomas and Janice Hahn, calls for an analysis on expanding the purpose and increasing the power of the existing Probation Commission to get the job done, otherwise the board will look into creating a new, independent “taskforce” composed of a diverse group that would include individuals with a “deep knowledge” of the “probation department, juvenile justice policy, and criminal justice reform efforts targeting adult populations.

An amendment from Supervisor Sheila Kuehl will also have the board look into having the Office of Inspector General—which oversees the LA County Sheriff’s Department—provide oversight of probation.

“We need a singular vision and a comprehensive approach that will leave no stone unturned in addressing, once and for all, the deeply entrenched and systemic problems plaguing the nation’s largest probation department,” Ridley-Thomas said.

The department has long struggled with mismanagement of state funds meant to improve outcomes for kids at risk of involvement in the county’s juvenile justice system and those held in probation camps, as well as an increase in use-of-force incidents in camps, and alleged abuse of locked up kids by probation staff, among other problems.

During a recent visit to Central Juvenile Hall, three probation commissioners found that four kids had been kept in solitary conditions for four days. And, according to one of the commissioners, it didn’t appear to be “the first time” kids were placed in prolonged isolation more than a year after the board of supervisors voted to prohibit the use of solitary for kids in the county’s juvenile halls and camps, except in circumstances in which the safety of kids or staff are at risk. Even in those safety-related circumstances, the board set strict limits to how long kids could be isolated.

Jo Kaplan, a member of the Probation Commission, mentioned the solitary story, which WitnessLA broke, saying that the last time she testified before the board was in May when it approved the ban on isolating juveniles.

“I think that is emblematic of why this motion is so important today,” Kaplan said. “I plead with you–I urge you–to pass it.”

The probation department has been “peppered with a series of challenges over the past several years, most recently, the article that came forward about the work that was done on this board on solitary confinement, and the range of problems that still persists there,” Ridley-Thomas said. “It is clear that work must be done. It can be done collaboratively. It can be done effectively.”

Drug Policy Alliance’s Eunisses Hernandez said the “lack of implementations of policy reforms and accountability have led to incidents like the several young people reportedly kept in solitary conditions for days at the Central Juvenile Hall.” Hernandez also pointed to a 2013 incident that left a 15-year-old paralyzed and unable to speak. Last month, the Supes approved a $3.9 million settlement in the case.

Still, implementation and follow-through have been inconsistent, according to the motion.

The supervisors appointed new leadership in January to turn the department around—Terri McDonald, who was previously the assistant sheriff in charge of LA County’s jail system, to be Chief of Probation, and Sheila Mitchell, formerly the chief of the Santa Clara Probation Department, to the position of Deputy Chief.

According to the motion, more reports, new leadership, and better infrastructure “will not be enough to transform a department of this size and complexity.”

Once established, the oversight entity would then create a plan for reforming the department, and report back to the supervisors in 60 days.

Starting in 2013, DCFS created the university to overhaul its training program for new social workers. Through the university, new social workers undergo a 1-year training program that “makes frequent use of simulation labs and experiential learning, with infrequent use of traditional classroom instruction,” according to the motion. “The simulation training specifically focuses on promoting and developing critical thinking, decision making, analysis, and problem-solving skills in a safe and supportive atmosphere.”

The “DCFS University” has, according to the board, been very successful in its mission to improve training and better support new hires.

“Probation staff must wear many hats: they are life coaches, mentors, guidance counselors, disciplinarians, therapists, enforcers, and resource navigators,” the motion states. “Given these many functions, the Department must ensure its employees are provided with robust, state-of-the-art, meaningful training that keeps pace with the needs of the clients they serve.”

The board hopes that the university will also address signs of low morale and employee engagement.

“This is the time to move forward and bring together everybody’s past, present and future wishes and dreams and visions for the kind of Probation Department that LA County warrants, one that will have real accountability and reform as we move forward,” Supervisor Hahn said.