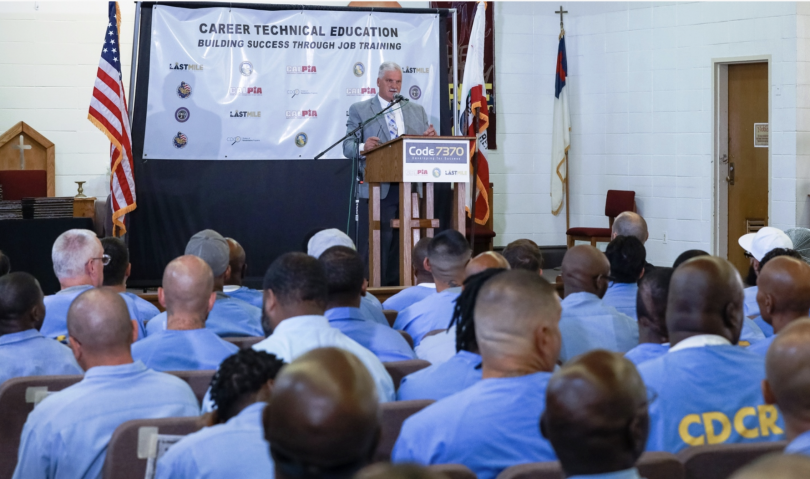 For a quarter of a century, I have been waking up each day in prison with a mission to change my life and become a better person. This mission has forced me to face many things about who I was, what I did and why I did it.

After years of work, I am now a different person, and my path to rehabilitation is something I take great pride in having accomplished. But one of the most troubling things I have come to realize is that not everybody believes in rehabilitation and there is no way to measure it.

There is currently no system in place within the California Department of Corrections and Rehabilitation (CDCR), where I am currently incarcerated, to  officially recognize what it looks like to be rehabilitated.

Even though the word is part of its name, CDCR has failed to clearly establish a pathway to rehabilitation that includes accessible programming and actionable outcomes. Instead, rehabilitation appears to be a moving target, and those who demand it cannot define it.

I have worked hard on myself over the years through self-help programs, correspondence courses, individual and group therapy, and other wellness-focused activities, which have fundamentally changed who I am. I know I’m better for it, and I’m grateful for those opportunities.

But no matter how determined I am to be better and do better, the lack of guidelines makes me uneasy, knowing that CDCR holds my fate in their hands.

I am not the only person to experience this. When Nathan McKinney went to prison in 1999 for attempted murder, he knew his eligibility for release would be decided by California’s Board of Parole Hearings (BPH).

McKinney’s only hope of getting his life back was to change his harmful patterns and beliefs, so he took advantage of the rehabilitation programs that his prison offered.

For years, McKinney spent much of his time in healing circles, listening to heartbreaking stories, processing his own trauma and working on his issues. McKinney came to understand that his early childhood, entry into gang life and his criminal behavior were influenced by toxic ideas of what it meant to be a man.

“I embraced sobriety. I finished getting my degree. I got a job as a writer for the prison newspaper and started doing a radio podcast,” he said. “I had an ‘aha’ moment on both a neurological and spiritual level.”

After serving more than 15 years in prison, McKinney walked confidently into his parole board hearing with his shirt tucked in. But things didn’t go as planned.

“The BPH commissioners told me they didn’t believe I had changed at all,” he said, adding that they gave him a three-year denial of parole, which meant that he wouldn’t be eligible for parole again for another three years. “They told me that I still posed an unreasonable risk to public safety.”

Typical of the BPH process, the commissioners based their decision on McKinney’s past crime and behavior. His education, nonviolent prison record, and letters of support were not enough to sway the board. They told him to take more groups and gain more insight into his past.

McKinney was dejected. Almost two decades of work was discounted in a mere two hours. He found it difficult to hold his head up and keep going. He started to doubt his hard work and wondered if he was simply living a lie. He said he experienced anxiety and depression.

McKinney eventually went back to the board with more self-help groups under his belt and more insights into his crime. But he was denied again.

Despite the trauma over yet another denial and the inability to get clear direction from those in power, McKinney kept at it. When he went back to the parole board for the third time in 2021, he was granted parole. McKinney was released in late December 2021.

Many incarcerated people find themselves in the same situation.

Gregory Coates, 65, graduated from high school and went to college in prison. He has participated in trauma-informed group therapy and restorative justice and he holds certifications in drug counseling, hospice care and suicide prevention. He even served as Chairman for Alcoholics Anonymous for 11 years.

But Coates committed double murder at the age of 18, for which he was sentenced to 12 years to life. He has been denied parole 11 times since 1981 even though he has completed three times as many rehabilitation programs as McKinney. In 2018, he was finally granted a parole date, but Governor Jerry Brown reversed the decision.

“Everyday guys in blue (fellow incarcerated), officers, and staff volunteers ask me what I’m still doing here,” Coates said. “The hardest thing for me was having to tell my mom they took my date.”

Coates now shuffles around like an old man as he waits for Alzheimer’s to set in. He has been incarcerated for 48 years and realizes that he may die in prison. What really hurts him is that he may never be recognized as a rehabilitated person.

Prisoners who achieve rehabilitation transform themselves and develop a whole new identity, but the system does not have adequate practices and processes to evaluate that.

Given that rehabilitation is part of the goal of prison, transparent assessment tools must be put into place.

Once an incarcerated person goes through the process of rehabilitation, that should be recognized in their custody documents and in parole hearings. This could serve as a powerful tool to help protect incarcerated people’s mental wellness and provide a real path toward true rehabilitation.

This op-ed was first published by the Prison Journalism Project.

Steve Brooks is a contributing writer for the Prison Journalism Project and San Quentin News, a newspaper published out of San Quentin State Prison in California where he is incarcerated. He has been published in the San Francisco Public Press, Street Spirit, All of Us or None and Voice of Witness. He is a member of the Society of Professional Journalists and won a 2020 Journalism Excellence Award by SPJ’s Northern California chapter for two of his columns in PJP. Steve has completed two college degrees in liberal arts and social and behavioral sciences and plans to obtain a bachelor’s degree in sociology.