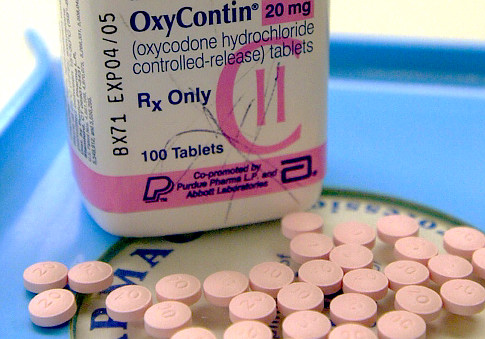 EDITOR’S NOTE: If there’s one book to read in order to better understand the opioid epidemic that is lacerating so many American communities, it is Sam Quinones’ Dreamland: The True Tale of America’s Opiate Epidemic

Quinones is an award-winning journalist who lived for 10 years as a freelance writer in Mexico, where he also wrote two books, thenIn 2004, he returned to the U.S. to work for the Los Angeles Times, covering immigration, drug trafficking, and gangs. In 2014, Quinones resigned from the Times to go back to freelancing for such publications as the National Geographic, Pacific Standard Magazine, the New York Times, Los Angeles Magazine—and to finish Dreamland.

The result was a deeply reported tale that, as syndicated columnist Gustavo Arellano put it, reads like “a transnational episode of The Wire, alternately maddening, thrilling, depressing, and with writing as sharp and insightful as a razor blade.”

Since the publication of Quinones critically-lauded book in April 2015, the situation he chronicled has gotten progressively worse. By the end of 2015, the opioid epidemic had killed nearly 35,000 Americans. During that same period, California’s opiate overdoses, while staggeringly high in terms of sheer numbers, have been at the low end of the scale when our deaths-per-100,000 rates are compared to states like West Virginia, New Hampshire, Kentucky, Ohio, Rhode Island, Utah, and others. Yet in counties in the central valley, and near the top of the state, overdose rates have spiked close to or exceeded those of the most afflicted states in the nation.

Justice reform advocates and others do not expect matters to be helped by U.S. Attorney General Jeff Sessions’s memo from May 12 of this year ordering federal prosecutors to seek the harshest possible sentences, particularly for drug-related crimes, never mind that drug offenders have a more that 75 percent recidivism rate within five years of their release, often because, without adequate treatment, they go back to using, and its attendant illegalities.

And now there is the matter of the battle over health care, and its possible affect on opiate treatment.

With all this in mind, we wanted to hear what Sam Quinones has observed recently from his expert perspective about the various political winds now blowing around this still expanding tragedy, which is so critically affected by both criminal justice and public health policy.

Health Care & the Formidable Politics of the Opioid Epidemic

When the Senate’s health-care bill died last week, it was worth noting the few who led the revolt.

Let’s leave aside how the bill would have done away with basic health care for millions of working folks and provided a tax cut for wealthy people. One of the biggest problems with it, I think, was that it would have reversed Medicaid expansion and that meant taking away coverage for drug rehabilitation from hundreds of thousands of people, maybe millions of them.

I could not understand how that was a good idea.

It was also interesting to see how, as the debate progressed through the spring to now, a lot of people began to realize what they were losing.

In so many areas where Donald Trump did best in November’s election, areas he promised to make great again, there is a documented need for massive investment in more drug rehabilitation capacity, not less. That is not an opinion. The facilities that exist are saturated. Getting into rehab takes weeks, months. Many addicts have no resources of their own with which to seek treatment.

…this issue is one of the most potent political forces of our time.

In a story last November I wrote that opiate addiction was the crucial element in Trump’s victories in several states that were in turn essential to his capturing the presidency.

Eight months later, the Senate’s health care carnival emphasized my belief that this issue is one of the most potent political forces of our time.

In the spring of 2015, shortly after Dreamland was released, I received a call from Hillary Clinton’s campaign advisor for health issues. Hillary was feeling the ferocity of parents in Iowa and New Hampshire from all walks of life, horrified at their children’s addiction and not knowing where to turn. This surprised the candidate, her advisor told me. I spoke with her for about ninety minutes. I told her that I thought this was the great silent issue in America today and whoever truly owned it, embraced it, treated it as a thing of the heart, would have a good chance of getting votes from unexpected places, but that this probably would not be felt in opinion polls ahead of time. Mrs. Clinton did some of that, but never enough, and in the end she wrote a position paper and that amounted to most of her campaign’s attention to opiate addiction. I might be wrong, but she didn’t seem to understand the latent power of the issue. Least she didn’t act on it. That was a huge mistake.

Politicians would do well to better understand the deep well of pain and anxiety surrounding, and thus the political power within, this issue. It’s not something expressed easily in polls. People aren’t likely to admit to a pollster on a phone that a loved one is an addict.

But it’s there and dims the view of the future of so many people, the prospects of so many towns and counties, the economies of so many regions, and thus is of paramount importance to them. Right up there with jobs – connected inextricably with jobs, in fact. In so many depressed areas, huge numbers of folks can’t pass an employer’s drug test.

People aren’t likely to admit to a pollster on a phone that a loved one is an addict.

It does not take many addicts for a shadow of foreboding to spread. A few cases in a small town, I think, are all that’s needed. People see it hit almost anyone and seemingly at random – like a plague – including families who before had no connection to the drug world or the criminal justice system. Soon everyone’s view of the future turns negative.

On top of that, today the issue has attained an increasing nationwide notoriety compared with just two years ago. An awakening has taken place in those short years – a reckoning and a truth-telling when before there was subterfuge and fabrication.

Overall, this is healthy – for the families now telling the truth and for the country, I think.

But one effect is that the knowledge, and thus dread, has spread to even families untouched by addiction.

In that room where 13 senators put the health care bill together, Senate Republicans didn’t seem to understand that.

That blindness is a huge mistake.

In the small towns or suburbs where so many folks live, everyone knows that the high school’s quarterback has landed in jail again, and why, and that their pastor’s daughter died from an overdose and that it wasn’t a heart attack after all.

If you’d like to read Quinones very interesting November 2016 story that looks at a different angle of the political affect of the Opiates crisis you can find it here.

Photo of the aging car courtesy of Sam Quinones.