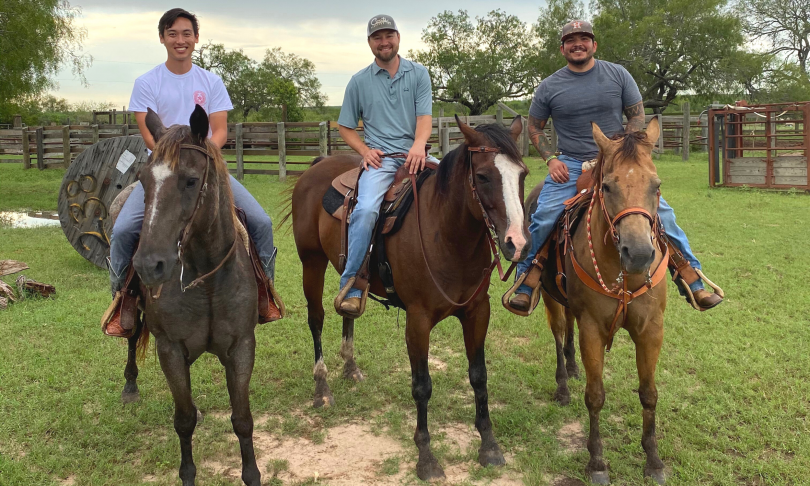 I first read about Mark Gonzalez in 2018 while killing time at my office job. Back then, I was on a constant cycle of working during the day and studying for the Law School Admission Test at night, so I was eager to read anything to keep me motivated to apply to law school.

The article I read profiled Mark — the newly elected Nueces County, TX District Attorney — and explained that he was part of a wave of recently elected reform-minded prosecutors in the US, dedicated to rolling back the excesses of tough-on-crime policies from the last 30 years. For example, since Mark had been in office, he had effectively decriminalized marijuana possession in Nueces County by instituting a cite-and-release program that kept individuals out of jail.

However, Mark’s politics weren’t the only thing radical about him; he was the first non-white, Mexican DA in the county, a former defense attorney, covered in tattoos and technically, he was in a motorcycle “gang.” As a conservatively raised kid going through a latent rebellious phase in my early 20’s, I thought this was the coolest thing I’d ever heard in my life. Not only was Mark revolutionizing the system by getting elected to a position of power, but he did so while also looking like the “most unlikely DA in America,” as Politico described him. To me, Mark was a real-life superhero, overcoming the very real obstacles of racism and classism in order to help his community and spark structural change.

So, two years later, when I had the opportunity to travel to Corpus Christi, TX, and work for Mark as part of Fair and Just Prosecution’s Summer Fellows program, I jumped at the chance. But over the three days it took to drive from Los Angeles to South Texas, I began to have fears and doubts. “What if the article was just a puff piece that blew Mark out of proportion?” “What if it’s all just politics and for show and Mark doesn’t even care about his community?” “What if he’s just a jerk?” The more I thought about it, the more anxious I became, and I realized just how much I needed the Mark Gonzalez I had read about to be real.

As I drove east, I thought about how the events of 2020 had eroded my faith in my country. I had grown up proud to be an American. Proud because this was a country that had accepted my Chinese immigrant parents and allowed them to pursue their dreams. I grew up loving the idea that as a nation of immigrants, America was made up of risk takers, of people who weren’t afraid to try new things and to strive for more. But 2020 revealed to me an ugly side of America. The nation’s response to the COVID-19 pandemic showed me the deep problems with the extreme individualism ingrained in American culture. It was horrifying to watch Americans lash out against policies put in place specifically to save their lives. I remembered how In February, my aunt in China described to me how strict their government was in order to contain COVID.

Citizens were more or less locked in their homes for months with oppressive monitoring. I hoped back then that if COVID came to the US, our government wouldn’t have to force citizens to stay home. I wanted to believe that Americans wouldn’t need to be ordered to do the right thing and that this would be the high stakes situation to prove that a free, democratic government would prevail over an authoritarian one. That idea seems laughably naïve now.

As if the pandemic wasn’t exposing the brokenness of our society enough, as I made my way along I-10, protests erupted across the country in response to the murder of George Floyd. It was heartbreaking that the sequence of events playing out felt so familiar. Criticism of state-sponsored violence against Black people was met with hateful denials of systemic racism and white supremacy in the United States. I felt like the country was doomed to forever repeat this cycle of murder, protest and inaction. Again, the worst aspects of American culture were highlighted as the national discourse was informed by fear and ignorance rather than understanding and compassion. The one-two punch of COVID-19 and the response to the protests made me feel like my country was ripping apart at the seams and that there was no way out. It felt like the beginning of the end.

I recognize that this was an unfair amount of expectation to put on a single elected official, to base my entire faith in America as an enduring, progressive nation on a single person. But 2020 has been an immensely challenging year and I just needed some sign that America could accept change and move forward.

After spending a summer in Corpus Christi, I’m happy and relieved to say that Mark Gonzalez is in fact the realest deal of anyone I’ve ever met in my life. Everything in the article was true and then some. He did have tattoos. He did ride a motorcycle. He did get elected DA on a platform of reform and subsequently instituted policy changes that served to keep individuals out of jail who otherwise would have been incarcerated.

There was something magical about speaking to him in person and realizing that the article only captured a small slice of Mark’s personality. Seeing him in action, I was able to observe how he draws his energy from each person he interacts with. He treats everyone with respect and radiates an infectious idealism. After half a year of seeing my ideals shredded, it was beyond refreshing to see that someone with Mark’s ideals still has a place in the world.

Not only was I able to see that Mark was truly committed to his community and reform, I was also able to see how Mark’s ideas rippled throughout his office and affected the community. The prosecutors I met all echoed Mark’s charge to “do the right thing,” like dismissing cases that they knew to be the results of unlawful stops. By working in the Nueces County District Attorney’s office, I was able to see with my own two eyes that not only are there individuals fighting for change and justice, but that that fight can be won.

Driving to Texas, I was filled with fear and despair. A few months later when I drove home to Los Angeles, I was filled with hope. I had hope because a tatted-up-Mexican-biker-defense attorney wanted to help those around him and managed to get elected as DA in Nueces County, TX.

I never told Mark about any of these feelings I had. The anxiety and fear. The hopelessness. The doubts. But somehow, I think he knew how important he had become to me and my future as a lawyer.

On my trip home, just before I went to bed at a Holiday Inn Express in El Paso, I got a text message from Mark. Honest-to-God completely out of the blue, he wrote: “Also I want u to know! Never stop believing!”

Thank you Mark. Thank you for everything you’ve done for me and for your community. I won’t stop believing.

(The photo at the story’s top shows Kevin Shang on the left, and Mark Gonzalez on the right.)

Now FJP has started a summer fellowship program, which places talented and accomplished law students like Kevin Shang, with innovative elected prosecutors around the nation who are leaders in the realm of prosecutorial reform.