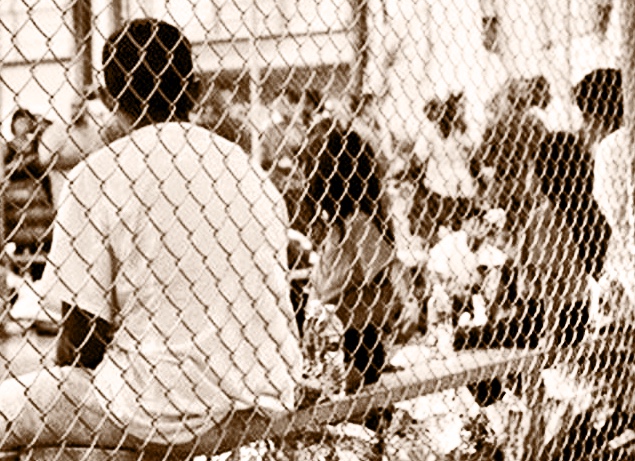 Editor’s Note: Earlier this month, U.S. Attorney General Jeff Sessions ordered judges to deny asylum to most people fleeing violent gangs or domestic violence in their countries of origin. “Generally, claims by aliens pertaining to domestic violence or gang violence perpetrated by non-governmental actors will not qualify for asylum,” Sessions wrote in a ruling. “The mere fact that a country may have problems effectively policing certain crimes — such as domestic violence or gang violence — or that certain populations are more likely to be victims of crime, cannot itself establish an asylum claim.”

This policy has led to the prosecution of asylum seekers and the separation of parents and their children.

Kari Hong is an Assistant Professor at Boston College Law School, where she founded the Ninth Circuit Appellate Program. Hong is an expert in immigration law, criminal law, and immigration consequences of criminal convictions. Her commentary below, talks about how seeking asylum is not a crime, and how to those conversant with the law who are working with immigrants, it appears that the Trump Administration has launched a “racketeering scheme” that ensnares and wrongfully criminalizes thousands.

Asylum-seekers have seen more ugliness in the human experience than most of us. But as I’ve worked with them, I’ve observed again and again that people who have every right to be bitter and angry somehow respond with hope. They often have an unshakeable faith in religion, a desire to help others and a belief that America manifests its ideals.

Painter Augustus Annus observed that those fleeing persecution are not ruined people; to the contrary, they cherish most what force cannot take away.

Many Americans do not understand that asylum-seekers at our borders are not poor, uneducated people who will burden our country. Instead, the persecuted have character and values that uniquely contribute to our democracy.

First, it is not illegal to ask for asylum or cross a border to do so. When Soviet ballet dancers and scientists did both, our country collectively cheered. But today, the Trump administration lies, casting asylum-seekers as “liars” and “criminals.” By statute, anyone seeking asylum “shall” receive an interview, a right available to all, “irrespective of such alien’s status.”

In plain language, a person who is in our country — regardless of how they crossed the border — has a right to have an asylum officer determine if they are in danger.

So why have thousands of asylum-seekers been convicted of a crime? It is the government’s misconduct, not the immigrants’, that is illegal. The “improper entry” misdemeanor does not apply to asylum-seekers. But thousands of parents, whose children have been taken from them, are coerced to plead guilty to this wrongful charge. And, they are told that if they contest it, they will be separated from their children while awaiting trial.

This racketeering scheme is procuring convictions that Attorney General Jeff Sessions and Secretary of Homeland Security Kirstjen Nielsen hold up as their bounty to justify the asylum crackdown. This is new. And it serves a chilling purpose.

Hannah Arendt observed that Nazi Germany succeeded by convincing the public that a certain group of people are criminal and therefore among “the lowest level of society.” Once that took hold, this group deserved whatever mistreatment the government meted out.

Second, some deride asylum-seekers as economic migrants. But do we really want a “merit-based” system giving us immigrants who thrived in North Korea, Saudi Arabia or Putin’s Russia? What have they done, and whom have they hurt, to “succeed” in systems where corruption and oppression are the currency of advancement?

By contrast, those who show up penniless at our borders are the ones who’ve passed the most brutal tests of courage, rejecting the exploitation of others, at the cost of losing their worldly possessions and homes.

Third, those from countries with political prisoners, kangaroo courts and corruption appreciate that the United States is without those flaws. I have had both Salvadoran and Mexican clients volunteer to be U.S. government informants, prosecuting the criminal gangs their own country won’t.

Fourth, I know very well how the foreign-born who flee persecution also transmit “American” values to citizens. My father was a WWII orphan. My grandparents adopted him, forever transformed by their own refugee work. My father grew up in Minnesota and served as a 20-year military officer.

Our family had frequent political discussions. But when someone disparaged a particular policy, my father was the first to say that we are lucky to live in a country where we could disagree with our government.

That was not empty rhetoric. His own biological father was arrested by the Soviets and locked up as a political prisoner. By registering his political disagreement with a repressive regime, he lost his freedom, his livelihood and his children.

The current administration’s demonization of asylum-seekers underscores that it is not enough to fight the brutal cruelty of the family separation policy. It also is critical to denounce the ways our country has wrongly dismantled asylum protections for the past 20 years.

Under the radar, the Trump administration is taking away hearings, making domestic violence victims no longer eligible for asylum and disciplining or firing immigration judges who do not deport enough people.

This is irrational. Asylum-seekers are in real danger. Eighty-eight percent have passed a “credible fear” screening, meaning the vast majority will likely qualify for status if they are given a fair hearing.

This is immoral. We have enough room for all. In 2016, only 20,455 people were granted asylum — 3 percent of all legal immigrants, not even enough to fill a quarter of many football stadiums.

But our government weaponizes misery. As recently as 2013, 92 percent of asylum-seekers were not detained. But the Obama and Trump administrations both implemented misguided policies to detain asylum-seekers, taking away procedural protections for fair hearings and denying access to lawyers (even to children) with the stated goal that government-imposed suffering will incentivize asylum-seekers to forsake the protections they are due.

Instead of debating who was worse, let’s join together and agree that we — our country — cannot afford to continue our dedicated and systematic hostility to asylum-seekers anymore.

It is time to end family separation. It is time to end the detention of all asylum-seekers. It is time to reform asylum law to be more welcoming. Many foreign-born people now facing persecution, ironically, are likely to be the best guardians for American values of freedom, hope and liberty. Our country needs more — not fewer — people with the character and convictions of those at our border.

This op-ed was originally published by WBUR’s Cognoscenti.

For more on the issue of family separation and the long-term effects of toxic stress on kids bodies and brains, we recommend this commentary by Jane Ellen Stevens, of ACES Too High.