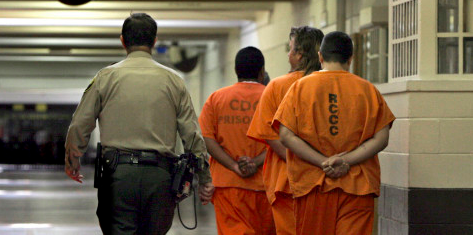 Speaking on the subject of downsizing prison populations recently, criminologist Joan Petersilia distinguished between symbolic speechmaking, which is easy, and actual reform, which she called “about as easy as bending granite.” Yet in recent years, actual reform may be the best way to characterize many of the changes that have occurred in America’s criminal justice system.

California has been at the epicenter of these changes. In just a few years, the state has passed a series of legislative bills and ballot measures intended to reduce its massive prison population. One of them was Proposition 47, otherwise known as the Reduced Penalties for Some Crimes Initiative.

Approved by the voters in 2014, Prop 47 was controversial from the start. It downgraded the lowest-level non-violent drug and petty-theft crimes from felonies to misdemeanors. Critics warned that the measure would embolden would-be criminals as felony arrests throughout the state plummeted. After Prop 47 went into effect in 2014, lowering prison populations by 13,000, that controversy only escalated. Soon law-enforcement officials were calling for the measure to be repealed. They blamed rising crime rates on Prop 47.

But the science doesn’t support the assertion that Prop 47 is to blame. We recently published a study that was the first effort to systematically evaluate Prop 47’s impact on crime in California.

Our research found that the proposition had no appreciable impact on crime in the year following its enactment. Specifically, it had no effect on rates of homicide, rape, aggravated assault, robbery or burglary. Larceny and motor-vehicle thefts did seem to have increased moderately after Prop 47 went into effect, but these results were both sensitive to small changes in our modeling and small enough that we cannot rule out spuriousness.

[Editor’s note:  Kubrin and Bartos’ UC Irvine study, released this spring, was followed a few months later, by another study, in June,  from the Public Policy Institute of California, which arrived at similar conclusions.]

Examining the results of public policies like Prop 47 is difficult because we don’t know what crime rates in California would look like had the policy not been enacted. We solved that problem by using a novel method that allows us to compare crime in California to a statistical amalgamation of other states, which we called “Synthetic California” — states that, combined, had near-identical crime rates to California’s in the decades leading up to Prop 47 but that did not enact Prop 47-style policies themselves.

Still unknown is whether Prop 47’s effects are permanent, temporary, accruing or delaying, and our statewide analysis is unable to tease out which counties or cities may depart from our overall findings. But what’s clear so far is that Prop 47 has not compromised public safety, even as it continues to lower California’s prison population and has saved the state more than $110 million in prison-related costs since 2016.

The steps taken in California are being closely watched by other states confronting their own challenges arising from prison overcrowding. These states are waiting to see whether California’s large-scale prison-downsizing efforts will compromise public safety or whether they can look to reforms such as Prop 47 as a possible solution to replicate.

And there will be more to watch. Just last month, Gov. Jerry Brown signed legislation making California the first state to eliminate cash bail for defendants awaiting trial. The measure’s impact on jail populations around the state remains to be seen, but its impact on crime rates will certainly be tracked and analyzed in the years to come. With that kind of careful empirical analysis — rather than alarmist rhetoric — we can refine California’s decarceration blueprint and provide better guidance to the rest of the nation.

Charis E. Kubrin is a professor of Criminology, Law and Society in the School of Social Ecology at the University of California, Irvine, ckubrin@uci.edu, @cekubrin,

Bradley J. Bartos is a doctoral candidate in the School of Social Ecology at the University of California, Irvine, bbartos@uci.edu, @B_Bartos

This commentary was first published at Governing Magazine.