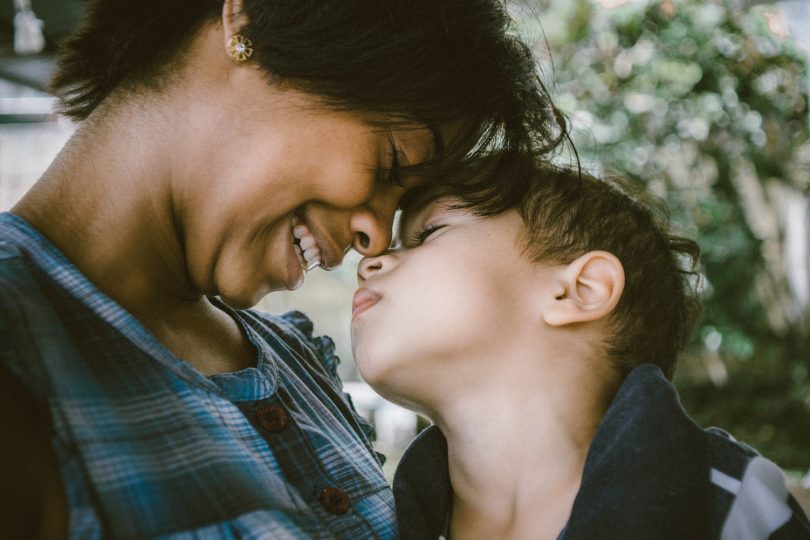 Ever since, we have been able to see the crippling impact of this sinister and deceptive strategy on these communities. We can see it simply by visiting any prison or jailhouse—or by viewing the demographics of incarcerated populations.

But what is not talked about enough is the drug war’s effects on parents in these communities. It has long been strategically intertwined with the child protective system in such a way that it can be sold to stakeholders under the guise of “saving the children.”

If you take the time to spend a day in any family court, what you will see is disturbing: Benches full of parents of color and little black and brown children in despair.

See, what is not talked about in the same breath as mass incarceration are the rates at which families of color are being torn apart. More meaningful to me than statistics is the real suffering of these families that I have often witnessed.

There was wall-to-wall media coverage of the forced family separations happening at the US-Mexico border. Yet this has also been happening—for decades—in the communities targeted by the War on Drugs.

One mother I knew, whose child was removed due to her drug use, had carried years of trauma with her and used substances to numb her pain. That did not take away from the fact that she was a loving mother, one who went above and beyond for her child. So when her child was removed and placed in foster care, she felt hopeless.

Through her tears, she told me she had “no reason to live if I can’t be a mother to my child.” That has stayed with me for many years. When a child is removed from their parent, there is no therapist in the world who can erase the pain and turmoil. The scars are long-lasting.

Looking from the outside in, some may think that separating these families is in the best interest of the child—but says who?

When there was recently wall-to-wall media coverage of the forced family separations happening at the US-Mexico border, many child psychologists were called upon to talk about the trauma that separating a child from their parent causes. Neither parent nor child should have to experience this. Democratic senators were up in arms about these separations, as they should be.

Yet this has also been happening frequently—for decades—within our borders in the communities targeted by the War on Drugs. When you hear the stories of the people impacted, and realize these separations are due most times to drug use, it starts to paint a very different picture of what we naively call “child protection.”

When a child old enough to speak is asked whether they prefer to be with their parent, in foster care or even with other family members, the child will almost always choose the parent. Why? Because that is their comfort zone, the person who loved and nurtured them since birth. No matter how difficult the situation is at home, this will almost never change.

I know this partly through the experiences of my own family. I gave birth to three amazing boys who lived with me during my active drug use, which spanned approximately 10 years.

I lived both in New York and Florida. While in Florida, I maintained a full-time job for the most part, for as long as I had a vehicle. During my best times, I had my own apartment in a beautiful complex with three bedrooms and all of the amenities one would want. But in the worst of times, we ended up homeless with nowhere to turn.

My children were always my rock and the source of my happiness. The love and support I received from them was unwavering, and every single chance they got to speak to the child protective workers, they said they wanted to be with me. They knew that no matter what mommy was going through, I always loved and nurtured them. I protected them with my life, and would go without food so that they could eat. That’s what parents do.

Working in the system that tore my family apart

I began working as an advocate many years ago. I found my voice working with the formerly incarcerated population via a grassroots organization by the name of W.O.R.T.H—Women on the Rise Telling Herstory. It was through this organization I was able to do an internship at another organization, one that focused on mothers and pregnant women who use drugs.

I realized I had a calling—a calling to help other parents who used drugs and had experienced the Child Protective System as I had.

But I quickly found I had more questions than answers. Such as: Why am I only seeing low-income black and brown faces? Especially when the evidence shows that people of color and white people use drugs at similar rates.

I have a thought on that. Some may view it as controversial, but hear me out.

We’re talking the kind of difficult-but-not-disastrous personal situations in which white, wealthy families would generally maintain their privacy, and turn to social networks and professionals for support.

When you live in a low-income community and the cost of living is astronomical, even with more than one job per household, most times you have to depend on public assistance to make ends meet. In order to apply for public assistance, you are forced to spend an entire day—sometimes more—at the human resources administration (HRA). This is a horrible place. It always feels like the workers do not want to be there, and they’re so begrudging that it’s like the funds they are approving you for are coming out of their very own pockets. They are also all mandated reporters.

If by chance you can’t afford the sky-high apartment rates in New York then you have no choice but to enter the department of homeless services (DHS)—another wonderful place where the staff is miserable and call the police and ACS (New York’s child protective services) for every single incident, big or small. Because they are also mandated reporters.

Then we have our public school system, where in low-income areas particularly, the teachers are underpaid and overworked, and the only way they know how to deal with struggling students is to report them—you guessed it—to the police or to ACS. Because they, too, are mandated reporters.

It leaves me with no doubt as to why family courts are filled with low-income black and brown families. It’s because these are the families who are surrounded by mandated reporters at every turn.

We’re talking about the kind of difficult-but-not-disastrous personal situations in which white, wealthy families would generally maintain their privacy, turn to social networks and professionals for support, and enter drug treatment if wanted and warranted.

Low-income families of color, lacking most resources except for this army of mandated reporters, routinely face instead what’s known in the child protective world as “emergency removals.”

Was it really an emergency?

An emergency removal, or remand, is when ACS take it upon themselves to remove a child without a judge’s authorization. These cases will eventually find their way to court some 72 hours later—but by then, the ACS has already traumatized this family for life.

They have guaranteed that this child will no longer feel safe under their parents’ care as they did before. Once the child is returned, there will more than likely be therapists and psychologists in that child’s future to help them work through their abandonment issues. There are enormous ripple effects every single time a child is removed.

Did this child need to be removed from their home? And why aren’t there emergency removals in affluent neighborhoods?

Yes, there are horrifying but thankfully rare cases of abusive homes where children are under real threat. But in the vast majority of cases that I’ve known, I’m left to ask myself: Was it really an emergency? Did this child need to be removed from their home? And why aren’t there emergency removals in affluent neighborhoods?

Being a person who uses drugs does not mean you are a less loving parent. I would not want any parent who uses drugs to experience this horrible act—but why is the response different when parent has substantial resources?

There are many stories yet to be told about emergency removals from drug-using, low-income parents—stories that should always be contrasted with how well-resourced parents continue to have the agency and anonymity to do what they see fit for their family.

This brings me back to the failed War on Drugs—the war against poor people and people of color. Be under no illusion: It is being fought not only on the streets and in the prison system. It is being fought through family courts every day. 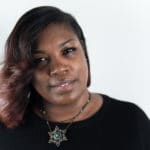 Dinah Ortiz is a writer and activist who has dedicated the majority of her time advocating to end the stigma surrounding PWUD and PWID. She has devoted over eight years advocating for marginalized parents in a variety of contexts, and contributing to Rise magazine, The Chronicle for Social Change and other publications. She has appeared on dozens of panels nationwide to discuss the racial disparities in the child welfare system.