I am a father, brother, husband, and a man of deep faith. I am also a survivor of a violent crime. In 1986, someone brutally murdered my brother Julio. Although the man who killed Julio was caught and held accountable, 30 years later, I had still never once cried or truly grieved over my brother’s death. Julio’s death was simply too painful to even discuss.

Then, in 2017, the Re:Store Justice program allowed me to communicate directly with the man responsible. I learned about his traumatic and violent childhood, another side of the story. It did not justify the crime, but it helped me make sense of it. Our frank communication gave me more closure than anything the criminal justice system delivered.

My experience leaves me deeply concerned about those seeking to block Los Angeles District Attorney George Gascón’s policies, and their claims that they speak on behalf of victims. Gascón’s opponents use scare tactics to argue that his policies, particularly his refusal to file sentencing enhancements that add extra years on to already long prison sentences, make us less safe. Their claims are hollow, and most crime victims do not agree with them. The man who murdered my brother was given a sentencing enhancement for his prior crimes, for which he had already served time. This type of enhancement only serves to punish someone multiple times for the same crime.

Both national and statewide surveys of crime survivors show that, by a nearly five to one margin, victims believe that excessively long prison sentences are not an effective way to improve public safety.

Gascón’s policies, in contrast, save taxpayers hundreds of millions of dollars, money that more than 8 in 10 crime victims agree would be better spent on mental health programs, treatment for substance use, and trauma recovery services than on prisons. LA crime victims want a criminal justice system that invests in crime prevention and ongoing victim support, not just incarceration.

Now, several cities in LA County are being urged to pass “no confidence” votes against Gascón.

DA Gascón’s political opponents hope that Whittier will be next. As a resident of Whittier for the past 25 years and an active community member, I am writing in the hope that the Whittier City Council will vote no.

Instead of clinging to lengthy sentences, we must invest in prevention efforts so people are not victimized in the first place. For those who are victimized, we must devote money to counselors, medical attention, and the long-term therapy necessary to process and heal from serious trauma. We should also stop using crime victims as political props and start listening to what victims themselves need. That is what victim-centered advocacy requires.

Gascón demonstrated that he is listening to victims when he implemented the Special Directive on Victim Services and created L.A.’s first-ever Crime Victim Task Force, which includes survivors of violent crimes.

In 2019, I testified at the parole board hearing for the man who killed my brother. He looked me in the eye as I told the commissioners that, as I learned his history, I realized no one had ever stepped forward to intervene in the cycle of violence that consumed his life since childhood. If someone had, my brother might still be alive. When the Commission granted him parole, I could see the range of emotions he was feeling — the joy but also the deep sorrow. I knew he appreciated the devastating loss I had suffered. In the end, he hugged me and thanked me for my support. I am humbled to have played a role in his redemptive process and grateful for the opportunity it gave me to heal.

I support George Gascón because of his restorative justice approach. I would like for you to consider my experience. Back in the 1980’s California’s justice system didn’t offer rehabilitation. If someone committed a crime they were punished.

In the case of the person who killed my brother, the prison system punished him and released him with no rehabilitation. Four months later, he murdered my brother. In his case, punishment alone did not work.  I wish the system offered him other interventions, but it didn’t.  If it had, maybe my brother’s life could have been saved.

Gascón understands that incarceration alone will not allow victims to recover from our trauma and pain. He understands that what we want is investment in our communities, in our healing, and to do everything we can to make sure that what happened to us doesn’t ever happen to anyone else.

I ask my Whittier city representatives to vote down the Gascón no-confidence vote on April 27th. 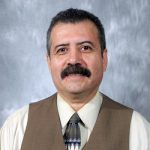 Author Trino Jimenez is a crime survivor who desires and supports healing. He and his wife have been Whittier residents for 25 years.