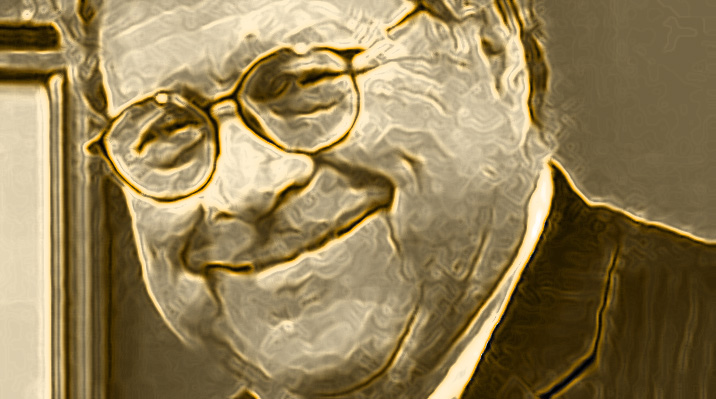 Under the guise of restoring public confidence in law enforcement, President Trump’s secretive and regressive Commission on Law Enforcement is stacked with old-guard & failed tough-on-crime thinking that precipitated the crisis of confidence we now face.

We are living in a moment in history where the Attorney General of the United States has forsaken blind justice for base politics. Over the past weeks, AG William Barr has declared three major cities “anarchist jurisdictions,” with no supporting evidence, attacked prosecutors who have declined to prosecute peaceful protestors and denied the incontrovertible truth of systemic racism in policing and our justice system.

These are only the latest in a string of troubling actions that highlight not just DOJ’s departure from norms around political neutrality, but DOJ’s bare-knuckled assault on mainstream law enforcement thinking on the need for reform. At the center of those effort’s is the Administration’s secretive and regressive Commission on Law Enforcement, a noninclusive and closed group preparing to release a slate of recommendations on the future of policing.

Addressing these issues in a thoughtful way – and bringing all voices to the table — could not be more timely. In the wake of the failure to charge any officers with Breonna Taylor’s death, communities were again torn apart by grief and protests. Our communities want to transform the criminal legal system and they deserve a transparent, inclusive and honest dialogue and process aimed at advancing that objective.

Sadly, however, a thoughtful assessment of how we rethink policing and our justice system at this fragile moment when trust in government is at an all-time low does not appear to be in the cards with this Presidential Commission. With a racial disparity denier serving as the highest law enforcement official in the nation, it’s no surprise that DOJ is defying and ignoring mainstream thinking on the need for justice reform, countless experts, the respected Task Force on 21st Century policing, and the majority of Americans — all of whom agree on the importance of addressing, rather than denying, racially biased policing.

Against this backdrop, District Attorney John Choi, one of the four DAs chosen to participate in the Administration’s Commission on Law Enforcement, resigned earlier this month due to grave concerns that the Commission wasn’t committed to addressing systemic racism, but instead is providing cover for a “predetermined agenda.” This came shortly before a federal court heard a challenge by the NAACP to the legality of the Commission’s composition and process. Seventy-six law enforcement leaders joined in an amicus brief supporting that challenge, noting that the Commission’s “flawed process … is the last thing a nation in crisis needs.”

Under the guise of restoring public confidence in law enforcement, the Commission is stacked with old-guard failed tough-on-crime thinking that precipitated the crisis of confidence we now face. Instead of addressing the erosion of trust within communities of color, the “Respect for Law Enforcement” working group was charged with examining “under-enforcement of the criminal law in certain jurisdictions” – with no recognition of over-enforcement in too many communities. Missing from the working groups’ charge is any mention of constitutional or civil rights, police accountability, or racial disparities.

After decades of policing that too often ignores or glorifies violence, we are facing a moral imperative to reshape law enforcement in this country. From our combined 70-plus years working on criminal justice and policing reforms, we know well the deadly and destructive consequences of over-policing communities of color and police departments gone bad. We have seen those tragedies play out in California and elsewhere. And now our country is reckoning with this shameful reality following the murders of Jacob Blake, George Floyd, Jr., Breonna Taylor, and countless others.

Despite what we hear from the Attorney General, racial bias in law enforcement is ever-present in police shootings, disparate arrests, and over-enforcement of laws in Black and Brown communities. Across the country, Black and Hispanic adults are respectively 5.6 and 2.5 more likely to be incarcerated than white adults. One in four Black children will have their fathers incarcerated before age 14, versus just 4 percent of white children.

The solution to these problems is a fundamental reset of the justice system led by community. That is why the amicus brief filed by prosecution and law enforcement leaders challenging the Commission’s legality stressed: “As communities rise up in protest against racial injustice and demand that we reimagine policing and the criminal justice system, it is a foolhardy exercise to do so without their input.”

And yet, the community didn’t even have a seat at the Commission’s table. Glaringly absent from the Commission’s roster or 17 working groups were community leaders, directly impacted individuals, civil rights experts, and defenders. Yet these are the voices calling for a reset of the justice system and a dramatic reduction in the role of police in responding to homelessness, mental illness, and substance use.

That consensus is supported by evidence that too often incarceration doesn’t make us safer. Thirty-five states have seen decreases in both incarceration and crime – and the crime decreases were greater in states with the largest reductions in imprisonment. Indeed, studies increasingly confirm that needlessly incarcerating people can increase recidivism and harm communities.

But neither the AG nor his Commission seem concerned with data, or with listening to those urging transformation of our justice system. Instead they seem intent on furthering continued attacks on reform-minded prosecutors and catering to police unions and others opposing transparency and accountability among the ranks of policing.

The unrelenting videos exposing the brutality and devaluing of communities of color by law enforcement are likely to continue, as will the protests and growing chorus demanding a reimagining of our justice system. Those heartfelt pleas cannot be ignored. We must welcome and fully engage our community as co-producers of public safety – or prepare for a future that holds further divisiveness and suffering.

Joe Brann is the retired Chief of Police in Hayward, California and founding director of the Office of Community Oriented Policing Services (COPS) in the U.S. Department of Justice and currently serves as a police reform expert assisting police departments nationwide with reform and culture change.

Miriam Aroni Krinsky is a former federal prosecutor and spent five years working on reform of the Los Angeles Sheriff’s Department, including as Executive Director of the Citizens’ Commission on Jail Violence and Special Advisor to the former LA Sheriff; she is currently the executive director of Fair and Just Prosecution, a national network of elected prosecutors working towards common-sense, compassionate criminal justice reforms.

This essay originally appeared in The Appeal, a nonprofit criminal justice news site.   If you haven’t yet checked out The Appeal, do it now.  You won’t be sorry!