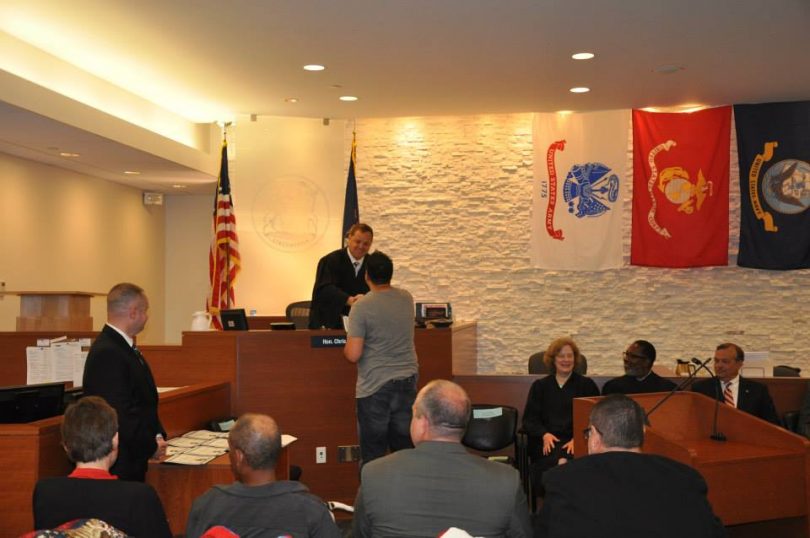 Over the last week, California Governor Jerry Brown has been putting his bill-signing pen to work, approving dozens of bills. While many of the criminal justice-related bills WLA has been tracking are still awaiting Brown’s final decision, two noteworthy justice bills have made it out of the gauntlet to become state law.

The first bill, AB 2568, by Assemblymember Eloise Gómez Reyes (D-San Bernardino), requires local jails to identify military veterans during intake after an arrest, with the hope that county criminal justice systems will be able to offer more veterans access to Veteran Treatment Courts and other services for veterans involved in the criminal justice system.

Veteran-specific courts aim to help, rather than punish, veterans, a population with high rates of service-related PTSD and other mental illnesses, substance abuse, or a combination of those issues. The courts are similar to drug courts and other alternative court systems that offer a path focused on diversion services and support that if completed, keeps participants out of lockup.

“California has the greatest concentration of veterans in the country and as such, we have a greater duty to serve those who have served our country,” said Assemblymember Reyes. “By inquiring about veteran-designation and military service, we can connect veterans much sooner with required medical treatments and services and potentially find alternative sentencing options that will not require incarceration.”

Doing Away With Dubious Prosecution Fees

A second governor-approved bill, Republican Asm. Chad Mayes’ AB 2495, would, in most cases, ban cities and counties from charging a defendant for the jurisdiction’s costs of investigation, prosecution, or appeal when the defendant is accused of violating a local ordinance.

Mayes drafted the bill in response to an investigative series by the Desert Sun, which revealed that a private law firm representing the rural cities of Indio and Coachella was charging residents thousands of dollars in prosecution fees for low-level code violations like having a messy yard, keeping chickens, and having unpermitted structures on their properties.

In one case, Coachella burdened the family of a woman dying of dementia with a $39,000 bill because the 91-year-old’s property was abandoned.

Some cities, as well as the League of California Cities, opposed AB 2495, saying that the bill would restrict local governments’ ability to crack down on slumlords and chronic code-violators, by keeping cities and counties from recovering their costs of prosecution.