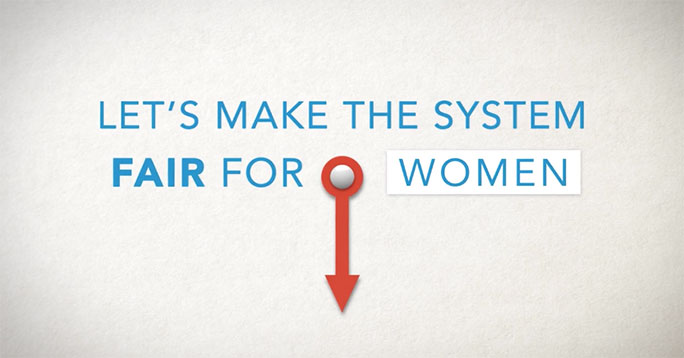 WOMEN AND GIRLS FACE UNIQUE DISADVANTAGES IN LA COUNTY’S CRIMINAL JUSTICE AND FOSTER CARE SYSTEMS, AS WELL AS IN HOUSING, SOCIAL SERVICES, THE WORKFORCE, AND MORE

On Tuesday, the Los Angeles County Board of Supervisors voted unanimously in favor of launching a five-year initiative aimed at reducing gender-based disadvantages to the county’s women and girls.

The motion, introduced by Supervisors Sheila Keuhl and Hilda Solis, instructs all county departments to look at how their practices, programs, and services—as well as employment policies—specifically affect women and girls in LA County.

The Board of Supervisors will also create a 15-member Women and Girls Initiative (WGI) Council, comprised of three appointees from each of the five supervisors, to conduct and oversee the work and regularly report back to the board.

The Sheriff’s Department, Probation Department, Department of Children and Family Services, Office of Child Protection, Office of Education, and Department of Public Social Services are just some of the 37 departments that will be tasked with improving outcomes for the county’s female population.

Kuehl pointed out that there are twice as many women living below the poverty line as there are men. Women are also more likely to be victims of violent crime than men. The county’s populations incarcerated women and girls, as well as homeless females, have been on the rise.

In an op-ed for the LA Daily News, Kuehl explains how the justice system negatively impacts women young and old:

To date, we do not have adequate research to explain the rise in the numbers of women in our jails and juvenile justice system. We know that the majority are non-violent offenders charged with low-level offenses, such as drug or property crimes like shoplifting, and that they have less extensive criminal histories than men. According to a report titled “Overlooked: Women and Jails in an Era of Reform,” nearly 80 percent of women in jails are mothers. Most are single parents. Once incarcerated, they struggle with systems that were designed for men. As a result, “many women leave jail with diminished prospects for physical and behavioral health recovery, with greater parental stress and strain, and in even more financially precarious circumstances than before becoming caught up in the justice system.”

A noteworthy National Women’s Law Center report released last year suggests that juvenile justice systems, including the one in Los Angeles County, fail to meet the mental and emotional health needs specific to girls and young women, many of whom have experienced high levels of trauma. Back in March, two reporters from the USC Annenberg School of Communication and Journalism, Xin Li and Phillomina Wong, wrote a story for WitnessLA about the need for gender-responsive care for justice system-involved girls and about some promising programs hoping to fill that need.