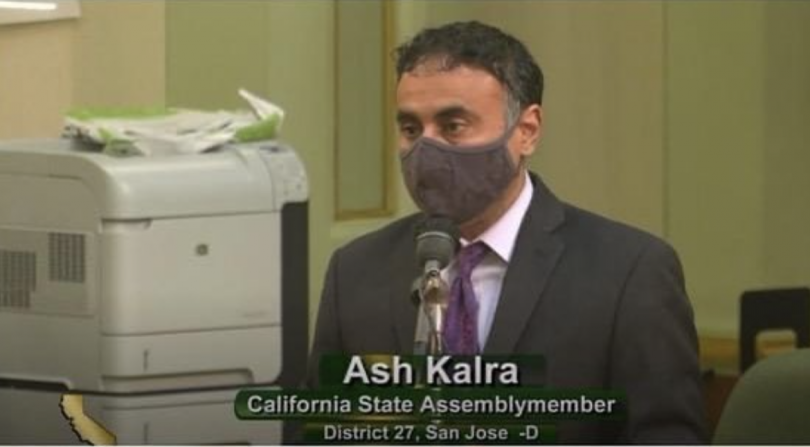 On Sunday, four California lawmakers announced the introduction of the California Racial Justice Act for All, AB 256, a bill expanding efforts to reduce racial bias in the courtroom.

The bill builds on the Racial Justice Act, AB 2542, introduced by Kalra in 2020, to officially prohibit the use of race, ethnicity, or national origin to obtain convictions and sentences. Last year’s bill gave individuals a chance to file a writ of habeas corpus or a motion to vacate a conviction or sentence by demonstrating that “the judge, an attorney in the case, a law enforcement officer involved in the case, an expert witness, or juror exhibited bias or animus towards the defendant because of the defendant’s race, ethnicity, or national origin.”

Exhibiting bias or animus could mean using racially discriminatory language during court proceedings, charging or convicting a defendant of a more serious crime than a person of another race or ethnicity accused of similar actions would have faced, imposing a harsher sentence on a defendant than was imposed on others convicted of the same offense, or improperly considering race to strike potential jurors from the pool.

“Many incarcerated Californians have had their convictions and sentences upheld despite blatantly racist statements by attorneys, judges, jurors, and expert witnesses, the exclusion of all, or nearly all, Black or Latino people from serving on a jury, and stark statistical evidence showing systemic bias in charging and sentencing,” according to Asm. Kalra.

AB 2542 provided a critical fix for a legal precedent that the U.S. Supreme Court set in McCleskey v. Kemp in 1987. The SCOTUS ruling effectively requiring defendants challenging racial bias in their cases to prove that intentional discrimination occurred. This set “an unreasonably high standard” that is “almost impossible to meet without direct proof that the racially discriminatory behavior was conscious, deliberate, and targeted,” the ACLU said in support of last year’s bill.

AB 2542, which received Governor Gavin Newsom’s signature in 2020, only applies to cases moving forward from January 1, 2021.

With AB 256, Kalra and his colleagues seek to make those protections retroactive.

“As we commemorate Martin Luther King Jr.’s birthday today, we must also remember to help champion his civil rights legacy, evoking his pursuit for racial justice, equality, and freedom for all Americans,” Assemblymember Kalra said on Sunday. “While passing last year’s bill was a major step towards addressing institutionalized and implicit racial bias in our courts, the work is not done.” All Californians who have “already been harmed by unfair convictions and sentences” prior to 2021, must have the opportunity to challenge those judgments, said Kalra, a former deputy public defender.