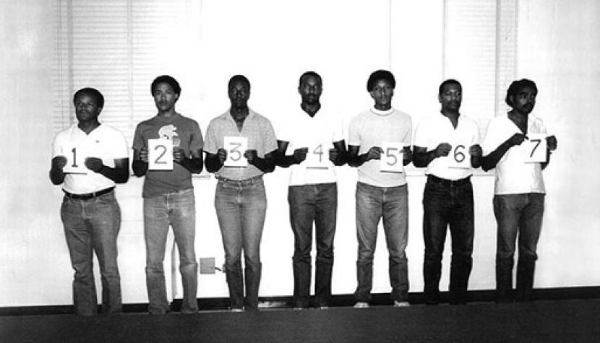 On Wednesday, California lawmakers introduced a bill that seeks to reform the state’s standards for eyewitness identification in criminal cases. Eyewitness misidentification is one of the most common contributing factors for wrongful convictions, according to the Innocence Project.

In the U.S., witnesses made erroneous identifications during police lineups that affected 70 percent of all convictions overturned with the help of DNA testing.

Despite the fact that eyewitness identifications are prone to a high error rate (estimates say as many as 1 in 4 IDs are wrong), they are very influencing to juries. “With the exception of DNA evidence, nothing can be more damning for a defendant than a witness telling the jury that the defendant was at the scene and participated in the crime,” the California Innocence Project states. And yet, the intense stress and trauma that victims often experience during crimes, as well as the fallibility of human memory often lead to errors.

Additionally, the way that law enforcement officers present lineups to witnesses can contribute to false IDs. Sometimes, officers inadvertently influence witnesses through body language and other subtle actions. Other times, the influence of those administering the lineup procedure is more obvious. The Innocence Project worked on one case in which a witness in a case involving a rape was shown a lineup. The photo of the person that the police suspected committed the rape was marked with a red “R.”

SB 923 makes five important changes to state standards that, the lawmakers hope, will reduce the likelihood of misidentifications in criminal cases. The bill calls for blind lineups, where the officer who gives the lineup to the witness does not know the suspect’s identity. If a blind lineup isn’t “practical” then the officer should use a “blinded technique” by placing the suspect and each of the filler photos in separate folders and shuffling them before handing them to the witness one at a time.

Eyewitnesses should also be informed that the perpetrator of the crime may or may not be in the lineup, according to the proposed standards.

Then, after identifying someone from the lineup, the witness should be required to write a personal statement explaining how confident they are in their ID.

Finally, SB 923 says that the full lineup procedure should be recorded on video.

“A fair and equitable justice system must have the strongest policies in place to ensure that we correctly identify people who commit crimes,” said Senator Scott Wiener (D-San Francisco), who co-authored the bill with Assemblymember Marc Levine (D-Marin County). “Eyewitness misidentifications not only lead to the conviction of innocent people, but the actual perpetrator also remains free, which is a danger for public safety.”

Indeed, according to the Innocence Project, in 90 out of 318 cases resulting in a wrongful conviction, the actual perpetrators were later identified. These 90 individuals committed 63 more rapes, 17 more murders, and 18 other violent crimes combined.

“The need for eyewitness identification reform is non-partisan and non-adversarial,” the California Innocence Coalition said in a statement. “All sides of justice should want to adopt the best practices as another step towards improving our criminal justice system and ensuring innocent people are not wrongly incarcerated.”

Another noteworthy bill Sen. Weiner introduced this week, SB 918, would allocate $60 million to address youth homelessness, which jumped 26 percent in 2017 in California, compared with the previous year. The infusion of cash would go toward funding programs for that help homeless young people get off the streets and into housing and other services.

The bill would create an Office of Homeless Youth under the state’s Housing and Community Development Department. The Office would be tasked with ending youth homelessness, in part by collecting better data, finding gaps in the services offered to youth, supporting local jurisdictions in their efforts to combat youth homelessness, and regularly reporting progress to the state legislature.

“Youth homelessness is a crisis in California, and we have a moral duty to take care of our young people before they fall into chronic homelessness,” said Sen. Wiener, who co-authored the bill with Assemblymember Blanca Rubio (D-Baldwin Park). “The increasing number of homeless youth set off alarm bells across the state. SB 918 will help us get young people off the streets and into housing and services, which is how we will save lives and reduce chronic homelessness in the long-term.”

The bill is sponsored by a number of community groups, including the California Coalition for Youth, Tipping Point Community, and Equality California.

Photo: Ronald Cotton (number 5 in the lineup) spent 10 years in prison for a crime he did not commit because a rape and burglary victim, Jennifer Thompson-Cannino misidentified him as her attacker. The innocent man faced life in prison plus 54 years largely based on the false IDs made by Thompson-Cannino.