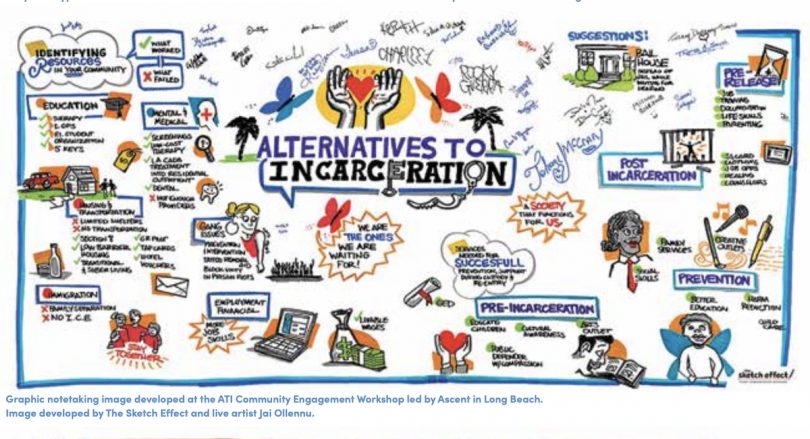 On Tuesday, the Los Angeles County Board of Supervisors unanimously approved a motion from Supervisor Hilda Solis to get to work on creating a Restorative Justice Village in furtherance of the board’s efforts to shutter the decrepit Men’s Central Jail and replace it with community services and supports.

In August 2019, in response to widespread calls for decarceration and community care, the Los Angeles County Board of Supervisors made the historic decision to cancel a $1.7 billion contract to replace the dangerous and dungeon-like Men’s Central Jail with another jail-like facility. The board agreed to, instead, commit that money and effort to a “care first, jail last” ethic.

Ten months later, on June 23 — amid nationwide protests demanding government leaders dismantle the criminal justice system in its current form and replace it with a system focused on community health and care — Supervisors Hilda Solis and Sheila Kuehl proposed the board take another important step toward decarceration in LA County.

That motion, unanimously approved two weeks later, directed county departments and the Alternatives to Incarceration Workgroup (ATI) to come up with a plan for closing MCJ within a year.

Additionally, last November, 57 percent of voters in Los Angeles County approved Measure J, a ballot initiative to amend Los Angeles County’s charter to permanently set aside at least 10% of existing locally-controlled revenues to be directed to community investment and alternatives to incarceration starting in fiscal year 2021-22.

The county has begun construction on a project that will offer 232 housing units for unhoused individuals. The Vignes Interim Housing Project is located on a four-acre lot in Chinatown previously intended to serve as a parking garage for the Mental Health Treatment Center that would have replaced MCJ had the county not voted to dump the plan.

“Those who are incarcerated in Los Angeles County jails have histories of homelessness, substance use disorders, and medical and mental health needs who end up in our jails instead of receiving housing, services, and treatment in their community,” the motion states. “The status quo has not worked and it is expensive—“Care First, Jails Last” allows the County to provide the basics and, most importantly, outside of jail cells.”

The Vignes Project, like the county’s LAC+USC Campus, will prioritize mental health, housing, employment, reducing recidivism, and improving the well-being of individuals served. The motion also points to Homeboy Industries’ plans to expand its campus, via a partnership with the City of LA, to offer transitional housing and daycare, and to increase capacity to offer programs and job opportunities to formerly incarcerate and previously gang-involved community members.

A Restorative Justice Village Master Plan will be able to “tie together all nearby development,” including other city and county partnerships, “and ensure that public resources are used effectively.” It will also help meet the needs of Chinatown residents, according to the motion.

Chinatown “is experiencing rapid gentrification and displacement,” Solis writes. “Both low-income residential tenants and small businesses that have been in the neighborhood for generations are facing development pressures that are forcing them out of the community they helped to build. Deeply affordable housing, access to healthy foods, cultural preservation, workforce opportunities and economic development initiatives focused on small business growth are sorely needed…”

The motion directs the county’s CEO, in partnership with the Director of Public Works and the Executive Director of the Alternatives to Incarceration Initiative, to have the architecture firm working on the Vignes Project start working on a Restorative Justice Village Master Plan.

The motion calls for a report back in 180 days, with among other things, recommendations on the types of housing and supports that should be part of the Restorative Justice Village Master Plan to best fit the “care first, jail last” initiative.

“The Plan,” said Solis, “will serve as a guide for the development of County-owned and other participating properties in order to meet the needs of Chinatown residents and businesses, while advancing restorative justice initiatives through collaboration with nearby stakeholders such as Homeboy Industries and the California Endowment.”

Members of the public sent in approximately 200 comments in support of the motion, in advance of the meeting, many of which urged the board to continue “building housing on land that was once destined for more jail cells.”