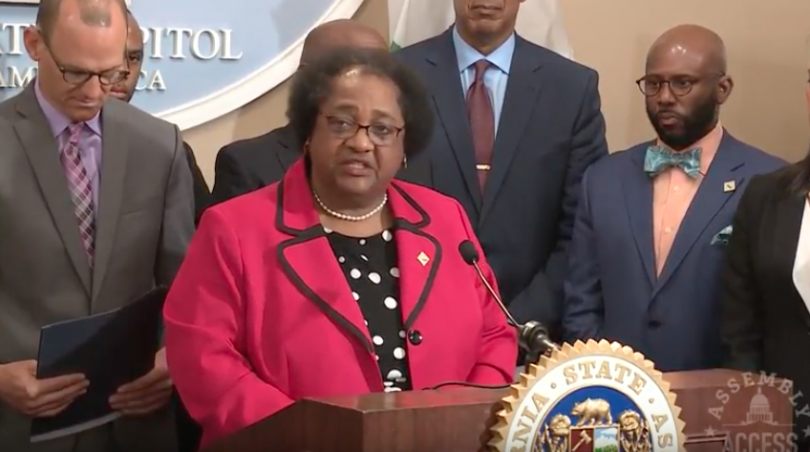 On Wednesday, California lawmakers revealed that they had run out of time to fully address concerns keeping AB 931, the “Police Accountability and Community Protection Act,” from passing both the Senate and Assembly before August 31—the final day for the legislative houses to send bills to Governor Jerry Brown’s desk.

The bill, which would have changed the circumstances under which officers can use deadly force, was introduced in response to public outrage over the death of Stephon Clark, fatally shot on March 18, by Sacramento police officers who believed the cell phone Clark was holding was a firearm.

Bill authors Assemblymembers Shirley Weber (D-San Diego) and Kevin McCarty (D-Sacramento) said that the bill had been shelved for the year, but that they would pick it back up for a second try next year.

The bill would have required officers “to attempt to control an incident by using time, distance, communications, and available resources in an effort to deescalate a situation whenever it is safe, feasible, and reasonable to do so.”

Current law says that officers can use deadly force when “objectively reasonable”—when another officer with similar training and experience would have behaved similarly under the same circumstances. AB 931 would have permitted officers to use deadly force only to prevent imminent bodily harm or death to an officer or another person. The bill would have banned officers from using fatal force in situations where a person was only a danger to themselves.

Advocacy groups mourned the bill’s stalling, and said that legislative “inaction” was no longer a viable option.

“The bill’s premise was simple: police shouldn’t kill if they have other options. The choice for lawmakers was also simple: vote to save lives or ignore the epidemic of unjustified killings by police,” said Alliance for Boys and Men of Color, ACLU of California, Anti Police-Terror Project, Communities United for Restorative Youth Justice (CURYJ), PICO California, PolicyLink, and Youth Justice Coalition LA, in a joint statement.

“…Let us be clear. Every day that goes by without changing the standard for when police can use deadly force, is a day that another person will be unjustly killed in California. The California Legislature has a responsibility and a moral obligation to change this outdated standard, and to do so swiftly. Inaction is no longer an option.”

AB 931 was unpopular with law enforcement groups, however, including the Association for Los Angeles Deputy Sheriffs (ALADS), which worried that the bill would lead to criminal charges for officers who used “objectively reasonable” force, if it was determined “during the multiple reviews that different tactics, including retreat, may have changed the outcome.” ALADS called the bill a “dangerous change from current force law” that “subjects peace officers to Monday morning quarterbacking that will lead to criminal charges” for those who use fatal force.

“AB 931 has sparked one of the most urgently important debates of this legislative session,” said Senate President Toni Atkins. “California’s current use-of-force standard is outdated and unconstitutional. It must be modified in a way that reduces preventable deaths and restores the public trust while balancing the ability of law enforcement to adequately protect the public safety.”

Legislators are working to slide other high-stakes criminal justice bills through the legislative houses in the final hours, including SB 1421, which aims to open up law enforcement personnel records to the public when officers use force or are found by their departments to have committed misconduct. The transparency-bringing bill is currently on the Assembly floor.

California’s felony murder rule is also facing extinction, via SB 1437, which legislators approved and shipped off to the governor on Thursday, August 30. Under the felony murder rule, individuals involved in serious crimes that result in someone’s death face murder charges as if they were the killer, even if they had no intent or knowledge that a person would be injured or killed. SB 1437 seeks to end this rule. Instead, only individuals who actually kill, who intend to kill, or who show “reckless indifference to human life” during the course of committing a serious felony that results in a homicide will face murder charges.

SB 1391, a bill to “raise the age” juvenile court jurisdiction in order to keep kids under 16 out of adult court, also landed on Governor Brown’s desk on Thursday. Another “raise the age” bill, SB 439, looks as if it will soon follow SB 1391. The bill would make sure that kids under the age of 12 are excluded from prosecution in juvenile court, unless they have committed murder or rape.