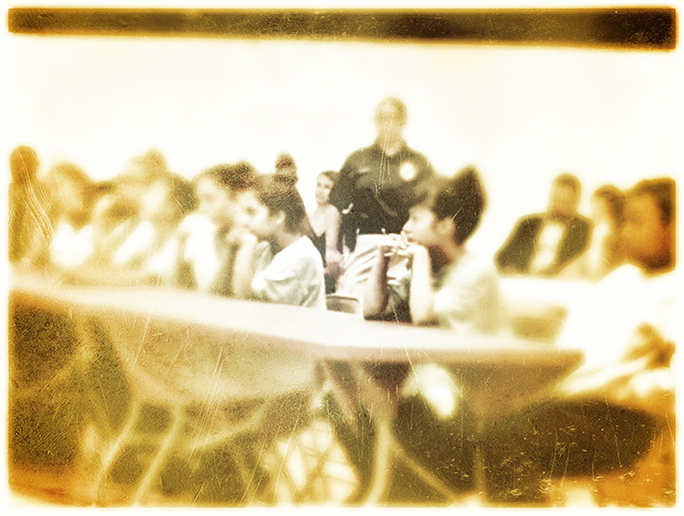 The Power of Gender-Specific Health Screening

On any given day, Los Angeles County Probation’s juvenile division supervises between 180 to 200 girls in its juvenile camps and halls.

Soon, those girls in the county’s probation facilities will be able to receive health and emotional services that are tailored to their needs through the use of a unique medical screening tool called the Girls Health Screen (GHS), the nation’s only evidence-based health screen designed for young women.

This is a very welcome development.

As WitnessLA reported a year ago, a string of studies released in the last few years, like this one from the National Child Traumatic Stress Network, found that kids who wind up in one of the nation’s juvenile justice systems have been exposed to significantly higher rates of traumatic childhood events than youth who have had no contact with the justice system, with rates of trauma exposure ranging from 70 to 96 percent.

Girls in the system have the highest rates of childhood trauma and sexual abuse, along with significant health needs that require tailored interventions. For instance, a 2014 study of 64,329 kids involved in the justice system in Florida found that 31 percent of the girls surveyed reported having been sexually abused, 41 percent reported physical abuse, and 84 percent reported family violence—-as opposed to 7 percent, 26 percent, and 81 percent for boys in those same categories.

Research additionally showed that promoting access to medical care for incarcerated girls can significantly reduce their rates of recidivism while improving their health and wellness.

And yet because more boys are in juvenile facilities than girls, reform efforts and programming in the justice system have tended to be aimed at boys and men. And the unique health and emotional needs of girls have been largely ignored.

Enter the Girl’s Health Screen, which was developed by the National Girls Health & Justice Institute in response to those unfilled needs, according to the organization’s founder, Leslie Acoca, who designed and created the screening tool.

From 2012 to 2016, the GHS ran as a pilot program in Camp Scott, one of LA’s juvenile probation camps girls. When the screening was first administered at the camp, according to Acoca, one-third of the girls tested report “urgent health needs” such as a recent history of sexual assault, a chronic sense of hopelessness and recent suicidal thoughts and actions.

“The rollout of this important tool will allow us to quickly improve the services we provide to the girls under probation’s care,” said Sheila Mitchell, L.A. County’s Chief Deputy Probation Officer who oversees the County’s juvenile facilities. Mitchell described the GHS as “a major step” in moving the county’s juvenile system toward an “effective, rehabilitative system utilizing research-based tools to help stabilize the lives of young people, and set them on a path to success.” The screening tool is made up of 117 questions written in fourth grade language, and takes between 11-13 minutes to complete. It was tested and validated in collaboration with the Children’s Hospital of Philadelphia, Juvenile Law Center, the University of Washington, and Probation Departments in California, Pennsylvania and New Mexico.

The idea is that, after getting screened, girls can more quickly access health services, ranging from asthma inhalers and glasses to trauma counseling for violence and prenatal care.

Interestingly, according to Acoca, one of the innovations of the GHS is its integration of physical and mental health questions, leading to greater coordination of services within facilities for the benefit of girls. “For example,” she wrote in a report earlier this year, “if a girl is experiencing an acute medical problem, such as a miscarriage, and is also feeling hopeless and suicidal, both problems will be identified and responded to simultaneously.”

The four-year pilot program not only demonstrated the screening tool’s effectiveness, it also made clear that the need for the GHS was extremely pressing.

But, while having such information about a girl (or boy) would arguably be crucial in order to successfully map out services and programs to help the youth move her life in a more healthful and healing direction, prior to the GHS, such facts of a youth’s past and present might only surface through happenstance—if at all.

Yet, while the screening tool was originally piloted with striking success at Camp Scott, due to bureaucratic roadblocks and lack of funding, it didn’t move any farther.

Finally, this month it is scheduled to expand to Barry J. Nidorf Juvenile Hall, in Sylmar, followed by an expansion to Los Padrinos and Central Juvenile Halls.

“L.A. is taking the lead nationally in adopting this tool, which will enable the county to provide vital services to girls who often have very serious physical and mental health needs,” said Leslie Acoca.

LA County Supervisor Sheila Kuehl, was an early supporter of the Girl’s Health Screening, and her office provided the final funds needed to make the tool available to girls under Probation’s supervision. As a consequence, she was particularly gratified that the program was finally moving forward.

“With this tool,” Kuehl said, “we will be able to provide girls with the services they need, and reduce recidivism. That’s a huge win-win.”