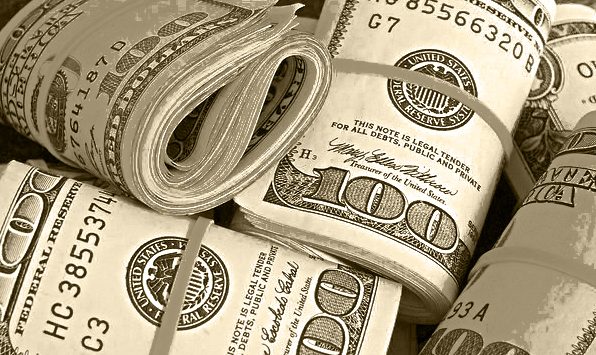 It was bad before, and now it’s worse

Last week we reported that LA’s Probation Department was merrily spending hundreds of thousands of dollars for a second year in a row to pay the salaries of two deputy probation officers and a supervising DPO, who were supposed to case manage 240 at-risk kids per year to help these youth access important services and activities from various community organizations. But, as it turned out, these three probation staffers were instead getting paid for a full year to case manage exactly zero kids.

Worse, now that we’re more nine months into FY 2016/17, we have learned that probation is still paying those three staff members, and still no children have been served by the program the DPOs and their supervisor are running.

This week, however, we have learned that, in addition to spending money badly, probation is also sitting on a staggering amount of cash derived from two important state funding streams, each of which is required to be spent yearly on much needed county programs. But instead, the cash has been piling up largely untouched, year after year, for reasons no one at probation seems to be able to adequately explain.

In the case of one funding stream, the money is earmarked to help LA County’s at-risk youth. The second state cash stream is meant to be used to help adult probationers trying to restart their lives.

As a consequence of these fiscal peculiarities, a very displeased LA County Supervisor Mark Ridley-Thomas will read a new motion into the record at Tuesday’s meeting of the Los Angeles County Board of Supervisors, for likely vote that day. The motion requests that Chief Probation Officer Terri McDonald report back to the Board in writing in 30 days with comprehensive spending plans—immediate and long-term—for the department’s two growing dragon hoards of cash that together now add up to $204.3 million.

The two caches of money that concern Ridley-Thomas—and others—are as follows:

The largest of the two funding streams is known as SB 678 money, named for a smart piece of legislation sponsored by Senator Mark Leno in 2009.

Adapted from a successful model in Arizona, SB 678 created a system of performance-based funding that offers a monetary carrot to California’s county probation departments to implement and sustain “data-driven model practices,” which have a record of successfully helping adults who are under the individual counties’ felony probation supervision. The idea is that if county probation departments demonstrate success in helping the adults on their caseloads succeed in their home communities, thus decreasing adult probation violations, or revocations, and sending fewer felony probationers back into the state or county lock-up systems, then the state would split the costs savings with the counties 50%-50%.

Since Los Angeles has the largest population of adults under probation supervision in California, LA usually got between $28.6 and $43.8 million for each of the last five fiscal years. Thus, it follows that wise and effective use of that yearly stream of funds could help public safety, while also doing good things for the health of LA’s communities, and presumably for the state as a whole.

Instead, it appears that probation simply sat on the majority of the money—year after year—without mentioning this failure to use the SB 678 money on the programs for which it was intended, and that were sorely needed.

So, while the 678 money was meant to aid adults, the second pile of hoarded cash was intended to help the county’s at-risk kids.

In July 2015, WLA we broke the news that LA’s probation department was sitting on a cache of what was then $21.7 million in state-allocated juvenile justice funds that were supposed to be spent toward creating a comprehensive plan of youth services that prominently included community-based programs to keep at-risk kids out of the county’s justice system. Some of that money could also be spent on related programs to help kids already in the system with reentry so that they don’t bounce right back in again after they are released.

The funds, which are allocated on a per capita basis to the state’s 56 participating counties (Alpine and Sierra counties opt out), are mandated to be spent to fund a range of programs that help at-risk kids. The methods used are required to be “evidence-based”—aka programs “that have been demonstrated to be effective…”

Yes, there was some money spent—questionably

Probation did manage to spend some of the JJPA dollars, but according to a recently released 20-page report, there are serious problems with how it was spent.

Specifically, the main place that LA County Probation spent their JJCPA money has to do with the program known as WIC 236, or voluntary probation. This is a program through which, courtesy of California’s Welfare and Institutions Code Section 236, “at-risk” youth who have broken no laws and have no prior court or probation involvement, may be put “voluntarily” under the supervision of school-based probation officers. According to the report, young people are most often referred to the voluntary probation program because, in some way or another, they are having hard time at school. Once in voluntary probation, the kids are supposed to be connected to proven programs that will help them with any challenges they might be facing. Furthermore, LA County Probation is supposed to measure what kind of outcomes—positive or not—the voluntary probation activities and services have produced in the lives and behaviors of the kids it oversees.

In addition, only a small portion—under ten percent—of the JJCPA funding allocated to help LA’s 236 kids is allowed to be spent on the salaries of probation personnel, who are supposed to be primarily paid by probation, not out of JJCPA dollars, according to the regulations governing the funds.

But, according to the report, more than 92 percent of the JJCPA money spent on the voluntary probation program in FY 2014/2015 went to pay the salaries and benefits of probation staff. Meanwhile, only 1.8 percent of the dollars spent went to programs provided by community based organizations to help kids in concrete ways with their problems and challenges.

And so what did the kids on voluntary probation get for the money spent on them? The biggest category of services listed in county-generated reports is “tutoring.”

Yet, as the new outside report noted, “typically, probation officers have neither the training nor expertise in education supports, youth development, mental health and other fields to effectively work with youth struggling with academic or behavioral issues.”

This is why, say advocates, it is essential to refer such kids to the relevant community based organizations who do have that expertise, and also have concrete data showing whether or not the services they provided to kids actually did any measurable good.

And, then, if those voluntary probation numbers weren’t concerning enough, there is that $727,963 in salaries for three staff members who for the second year in a row—as we mentioned earlier—are overseeing only ghost children.

It is all this that Ridley-Thomas reportedly hopes to take steps toward changing.

“It is imperative that the County takes the appropriate steps to ensure the effective use of funding for probation, especially as it pertains to juvenile justice programs,” the supervisor said in a written statement to us on Monday afternoon. “That includes a comprehensive spending plan along with identifying deficiencies leading to unspent resources.”

The motion is scheduled to be voted at Tuesday’s board meeting, together with another motion pertaining to accepting the latest grant from the JJCPA, which this year amounts to $32 million dollars, which will be added to the existing $36.7 in unspent JJCPA funds, totaling $68.7 million.

In the meantime, you can read the rest of Ridley-Thomas’s motion here: Ridley Thomas motion 4-17-2017