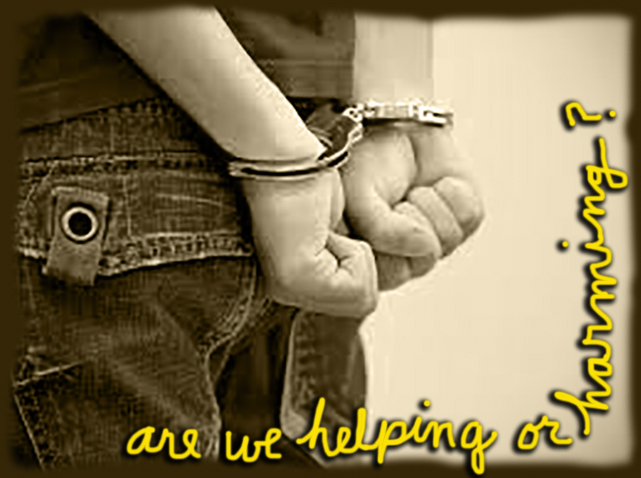 EDITOR’S NOTE: We’ve written in the past about the issue of how LA County Probation has spent—and not spent—money that comes from a funding stream created by the Juvenile Justice Crime Prevention Act (JJCPA), which was itself created by the Crime Prevention Act of 2000 in order “to provide a stable funding source for local juvenile justice programs aimed at curbing crime and delinquency among at-risk youth.”

These funds, which are allocated on a per capita basis to the state’s 56 participating counties (Alpine and Sierra counties opt out), are mandated to be spent to fund a range of programs that help kids. The methods used are required to be evidence-based—aka programs “that have been demonstrated to be effective…”

Each year the various counties have to propose how they are going to spend the money received-—which for LA has been in the neighborhood of $28 million annually. Then at year’s end, they are expected to document how the funds were, in fact, spent.

Only .5—or less than one percent—of the money is allowed to be used for administrative costs. The rest is supposed to go straight to programs that directly benefit each county’s at risk youth.

Last summer we wrote about the nearly $22 million in JJCPA dollars that were lying around doing nothing in a savings account that, until we reported on the matter, few people seemed to know existed.

Not all of the LA County’s JJCPA funds are being stashed under a mattress, of course. Millions of those JJCPA dollars are, being spent on probation-controlled programs that are supposedly aimed at helping justice system involved kids, or youth who are in danger of winding up in the county’s juvenile justice system.

But do those programs actually help the kids they serve?

There are multiple indications that some of probation’s primary JJCPA programs do not help and, in many cases, may do harm.

In the OpEd below, Alex Johnson, the executive director of the Children’s Defense Fund-California, points to some of the crucial questions we should be asking about these programs that LA County Probation has been funding every year with JJCPA cash.

As Johnson also notes, we need to start asking some harder questions about the methods the county is using to decide how those much-needed juvenile justice funds get spent.

If you are a young person in Los Angeles County who feels angry, has poor grades or disrespects authority, you might be “recruited” to voluntarily work with a probation officer and receive services — as long as you’ve never been on probation before. Like thousands of young people, you fall into a murkily defined population of so-called “at-risk” youth who receive services that range from tutoring to counseling to drug and gang interventions through the Probation Department.

There is little data to suggest that probation supervising at-risk youth is a good investment of our public dollars — and even research that indicates that it’s not. Yet these services have been consistently funded through an approximate $30 million that Los Angeles County receives from the state each year as its share of Juvenile Justice Crime Prevention Act (JJCPA) funding.

JJCPA money is intended to fund effective prevention and intervention programs for youth to ultimately reduce crime and delinquency. Since at least 2014, the number of at-risk youth (4,007 that year) who were supervised at school under JJCPA has exceeded the number of youth actually on probation (3,673).

Counter to any evidence that it’s wise, we now invest the largest sums of JJCPA money in a catch-all category of “at-risk youth” who have never been accused of a crime or delinquent behavior, and yet have some contact with law enforcement. And it is just one reason that there are a lot of questions about how effective these programs have been and who oversees this money.

The funding in Los Angeles County is administered through the Probation Department, which is the largest in the nation — operating with an annual budget of about $840 million, 6,600 employees and more than 70,000 youth and adults monitored or served under its purview. And as scrutiny over the department’s vast structure, finances and service delivery have increased, so too has scrutiny over its stewardship of JJCPA funds.

Indeed, there has been clear acknowledgment in recent weeks by the Probation Department, county officials and advocates alike that no comprehensive evaluation or redesign of its JJCPA programs has happened since the funds were made available in 2001. As a result, these programs have remained essentially the same over the last 15 years without actual clarity on their impact on youth or crime reduction.

This is a serious matter that raises serious questions about how JJCPA dollars are allocated and what services youth are actually receiving in Los Angeles County. On April 6, many of these questions were asked at a public meeting about JJCPA funds. The questions were also focused on $21.7 million of JJCPA funds that were discovered as unspent in Los Angeles County before the Board of Supervisors recently intervened late in 2015. This intervention was the result of a seven-part audit that commenced in April 2015.

The audit findings have shown that Probation’s average cost per youth has risen to over $233,000 — a number that is staggering when compared with per-pupil spending in California that hovers around $10,000 annually. It is confounding that the department spends nearly a quarter of million dollars per youth — yet rates of crime, arrest, filing and incarceration of youth have fallen drastically over the last five years coupled with the fact that the county’s 13 probation camps and three juvenile halls are nearly half-empty. This trend, including a reduction in overall numbers of system-involved youth in Los Angeles County, is inconsistent with the JJCPA budget allocations by the Probation Department.

Oftentimes, the Probation Department and its vast bureaucracy operate under a thick cloud, including the way in which funding is channeled throughout the department. On April 6, the meeting, which was run by probation leaders, felt just as perplexing. It was pointed out that the Juvenile Justice Coordinating Council (JJCC), the body that develops and votes on a spending plan for JJCPA dollars, might not even be able to vote that day.

Under state statute, the JJCC is chaired by the Probation chief and must include, at a minimum, specifically listed community-based representatives. The Probation Department has readily admitted that the composition of the JJCC has not complied with state statute. In short, the fox has been guarding the henhouse.

But that changed by the end of the meeting. In the 11th hour, after many JJCC members abstained from voting, the JJCC and the Probation Department scrambled to add one at-large community member so that it could — and did — vote on and pass its spending plans.

That’s perhaps some small win for young people. But greater progress will come when the JJCC diligently adds the other required, and still missing, community voices in its composition — voices that the law says must be part of the process for developing a funding plan and overseeing whether these programs work.

Moving forward, the Board of Supervisors should make this a clear priority — so the JJCC becomes a robust body that is more than just an adjunct of county agencies. With ultimate authority over the Probation Department’s budget, the Board should continue to ask further questions — and peel back the layers of the JJCPA budget to understand whether these tens of millions of public dollars are being spent effectively and, indeed, leading to better outcomes for close to 30,000 youth.