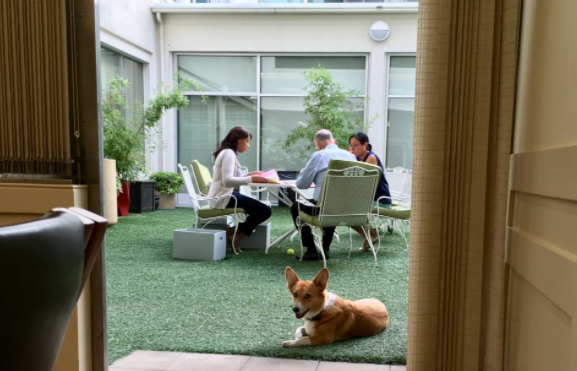 In the handful of days leading up to Sunday’s final deadline, Governor Jerry Brown signed (and vetoed) dozens of bills–the last batch of the year.

Among the noteworthy criminal justice reforms that the governor approved was AB 90, a bill to increase oversight of the state’s controversial gang database, CalGang. The bill, introduced by California Assembly Member Shirley Weber (D-San Diego), will put in place regular audits and other regulations to improve accountability and accuracy for the database, which is shared by law enforcement agencies across the state.

Brown signed another noteworthy bill from Sen. Weber, AB 1344, which guarantees that formerly incarcerated and those soon to exit prison are informed of their eligibility to vote.

People who have returned to their communities after incarceration are often unaware of their voting rights, according to a 2015 report by the Greenlining Institute.

AB 507, another soon-to-be law, aims to increase foster parents’ training specific to the needs of individual children in their care.

According to the bill, specialized trainings could focus on caring for kids who are victims of commercial sexual exploitation, caring for LGBTQ youth, and how best to monitor kids who have been prescribed psychotropic medications.

The Chronicle of Social Change’s Holden Slattery has more on the bill.

On Friday, Brown approved AB 752, a bill to protect preschoolers from unnecessary expulsion.

Nationally, thousands of three and four-year-old preschoolers are suspended and expelled each year.

The bill will establish a process for preschools to work through kids’ discipline issues without resorting to expulsion.

“Having taught for 16 years, I believe we need to ensure that all children are given a fair opportunity to succeed in their earliest school years,” said the bill’s author, Assemblymember Blanca Rubio (D-Baldwin Park). “This bill will help the teacher, the students and the parents develop a plan to address the child’s behavioral challenges.”

The governor also signed AB 41, a bill to combat California’s staggering rape kit backlog. The bill would require law enforcement agencies to report data on sexual assault evidence collection and testing to the CA Department of Justice through the Sexual Assault Forensic Evidence Tracking system (SAFE-T). The data reported to the state would be public record.

Because police departments are not required by law to track rape kit numbers, there’s no estimate of how many California rape kits are sitting in labs untested (and why they remain untested). The non-profit End the Backlog, gives an incomplete estimate for the state of more than 13,600 kits.

“To get at the heart of the backlog problem we need to know how many kits are collected each year, and if they’re not analyzed, we need to know why,” said Assemblymember David Chiu (D-San Francisco), the bill’s author. “This data will help shed some light on improvements that law enforcement needs to make and whether or not they need more resources to get the kits tested.”

The backlog is a current issue of debate between San Diego Police Chief Shelley Zimmerman and SD City Attorney Mara Elliot, who has been calling for the SDPD to have all kits tested. The SDPD has a backlog of approximately 2,500 untested kits.

Zimmerman has argued that it’s more efficient to only send rape kits the department has decided would provide meaningful evidence. But according to Voice of San Diego’s Kelly Davis, the department also declines to test kits when victims are “uncooperative.” Elliot and advocates argue that even if a victim will not cooperate with investigators, DNA evidence obtained from a rape kit could help law enforcement find repeat offenders.

Governor Brown shot down a bill introduced in response to the fatal February shooting of Whittier police officer Keith Boyer, who was allegedly killed by Michael Mejia, a man who reportedly violated the terms of his supervision several times, leading to multiple “flash incarceration” stays in jail of up to 10 days for probation violations. Law enforcement officials have blamed Mejia’s freedom on California criminal justice reform measures—AB 109, in particular.

The LA County Board of Supervisors ordered the county’s Probation Department, County Counsel, and others to report back to the board with information on Mejia’s “criminal history of charges and convictions,” and an analysis of the man’s involvement with post-release supervision.

According to Brown, the bill, AB 1408, by Assm. Ian Calderon (D-Whittier)—which would have required incarceration for people who violated the terms of their community supervision at least three times—amounted to a new version of a three-strikes law that limited probation departments options for more moderate sanctions for those who violate probation.

“This bill was introduced as a response to the senseless and horrifying murder of a Whittier police officer, an event that shocked and saddened our entire state,” the governor said. “Unfortunately—as history has taught us repeatedly—legislative responses to specific individual crimes often do not produce the intended results, and more often than not are found to be counterproductive once they are implemented.”

Brown said he opposes a new “three-strikes and you’re out” law, which “would undermine the sound discretion of local probation authorities who, by training and sworn responsibility, are in the best position to make determinations on what type of sanctions or punishment should be imposed.”

Brown also vetoed SB 345, a bill that would have required local and state law enforcement agencies to publish their “policies, practices, operating procedures, and education and training material” online starting on January 1, 2019. The bill, authored by Sen. Steven Bradford (D-Gardena), was intended to educate the public about police policies, as well as save money that would otherwise be spent responding to individual public requests for such information.

“This bill is too broad in scope and vaguely drafted,” Governor Brown wrote in his veto message. “I appreciate the author’s desire for additional transparency of police practices and local law enforcement procedures, but I believe this goal can be accomplished with a more targeted and precise approach.”

The governor vetoed AB 935, a bill acknowledging that juvenile halls can be inappropriate environments for kids suffering from mental illness who need long-term mental health care. The bill, authored by Assemblymember Mark Stone and sponsored by the Chief Probation Officers of California, would have provided minors the same protections as adults during competency proceedings. Essentially, when defendants are deemed unfit to stand trial, they receive mental health treatment until they can understand the charges against them. But because of a gap in state law, mentally ill kids wind up being warehoused in juvenile detention facilities—sometimes for even longer than the sentences they would have received if they had been found guilty.

In his veto message, Governor Brown said the issue is one worthy of review, and that he is in favor of “finding a solution to address any gaps in the procedures for juveniles who are found not to be competent to face court proceedings.” Brown said his concerns lay with “the rare instances in which youth are accused of very serious crimes. I encourage further review as to how these situations may be accounted for while preserving the author’s underlying intent.”