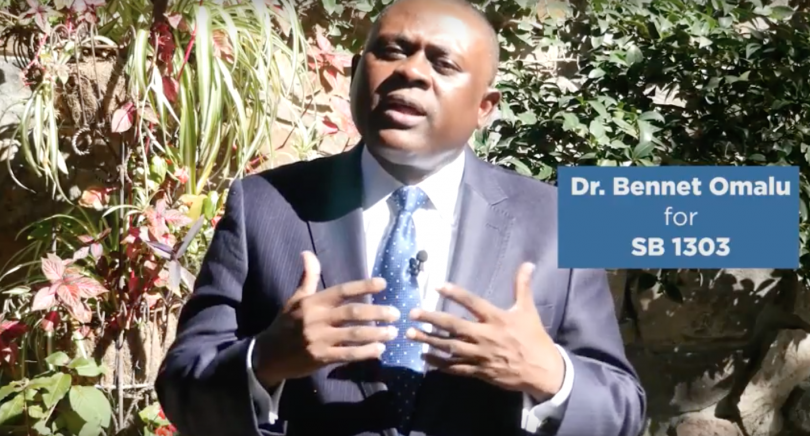 On Tuesday, California Governor Jerry Brown vetoed SB 1303, a bill introduced in response to allegations from forensic pathologists that San Joaquin County’s sheriff-coroner was interfering with death investigations in order to protect officers.

While the majority of other counties nationwide have a separate coroner’s office, in most of California’s 58 counties, the local sheriff also serves as county coroner, creating what critics believe to be a serious conflict of interest.

Last year, two medical examiners, including renowned forensic pathologist Dr. Bennet Omalu, resigned from their posts, saying that San Joaquin County Sheriff Steve Moore—who also serves as the county’s coroner, despite having no medical experience—pressured them to reclassify homicides as accidents when officers were involved in the fatalities, and acted in other ways that undermined death investigations.

Omalu’s high-profile resignation stirred up questions about an officer-involved death that Moore ruled an accident. In 2008, a CHP officer tried to pull over a man who was speeding on his motorcycle. The man, Daniel Lee Humphreys, tried to flee, crashed, and attempted to climb over a divider, at which point the officer shocked him with a Taser.

Moore reportedly withheld evidence that the officer shocked Humphreys 31 times before the man died. The forensic pathologist, who conducted the autopsy, was reportedly told that Humphreys was only shocked twice, and the death was ruled an accident.

This April, an independent audit concluded that San Joaquin County should remove the sheriff from death investigations, and instead appoint an independent medical examiner to avoid conflicts of interest.

San Joaquin County’s Board of Supervisors agreed with the audit, pulled the coroner system from within the sheriff’s department, and created an independent medical examiner’s office.

Tuesday’s vetoed bill, which was introduced by Sen. Richard Pan (D-Sacramento), a pediatrician, and Sen. Cathleen Galgiani (D-Stockton), would have required six non-charter counties with more than 500,000 residents to either break up the sheriff-coroner system and establish a medical examiner’s office, or else refer autopsies that may present a conflict of interest, to a different county that has a medical examiner.

The six counties affected would have been Contra Costa, Kern, Riverside, San Joaquin (although the county addressed the problem before the legislation landed on Governor Brown’s desk), Sonoma, and Stanislaus.

“Autopsy reports provide critical information in determining the cause and manner of death and we must have the confidence in their accuracy,” Sen. Pan said when he introduced SB 1303. “The public and juries need to trust that they will receive accurate and objective information to make the correct verdict on a criminal case.”

Governor Brown declined to force independent autopsies on the six large counties, however.

“Counties have several options when delivering coroner services to the public,” Brown said in his veto message. “This decision is best left to the discretion of local elected officials who are in the best position to determine how their county offices are organized.”