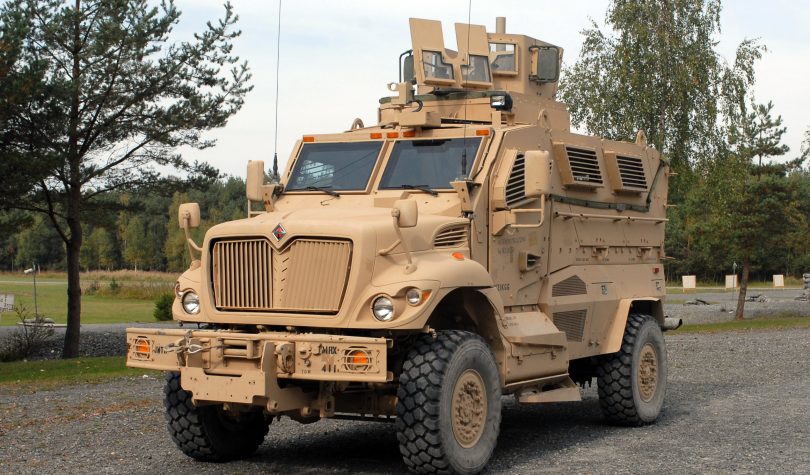 But not all the surplus gear is comprised of riot gear, weapons, and armored vehicles, cash-strapped police agencies also receive things like office supplies and rescue tools.

AB 3131, by Assemblymembers Todd Gloria (D-San Diego) and David Chiu (D-San Francisco), would have required law enforcement agencies to create a use policy before requesting, purchasing, or deploying military equipment. The bill would have also required departments to produce annual reports on their acquisition and use of the gear.

The bill was watered down from its original form, which would have required police agencies to get approval from their local governing body (board of supervisors, city council, etc.) during a public hearing before taking possession of military-grade gear.

“Law enforcement, government, and the public are the foundation of every community. All of us have to work together and that’s ultimately what this bill seeks to accomplish,” said Assemblymember Todd Gloria. “AB 3131 is about building trust between police and the people they are sworn to protect. If law enforcement agencies want to arm themselves with military-grade equipment, I believe the public has a right-to-know. Adding this layer of transparency and engagement with the public acknowledges that police and the public are our partners in creating safe and liveable neighborhoods.”

In his veto message, Governor Brown criticized the bill’s “overbroad” list of “military” items, which Brown said “not only includes items that are clearly ‘militaristic in style,’ but many that are commonly used by law enforcement and do not merit additional barriers to their acquisition.”

“In my view this bill creates an unnecessary bureaucratic hurdle without commensurate public benefit, and I cannot sign it,” Brown said.