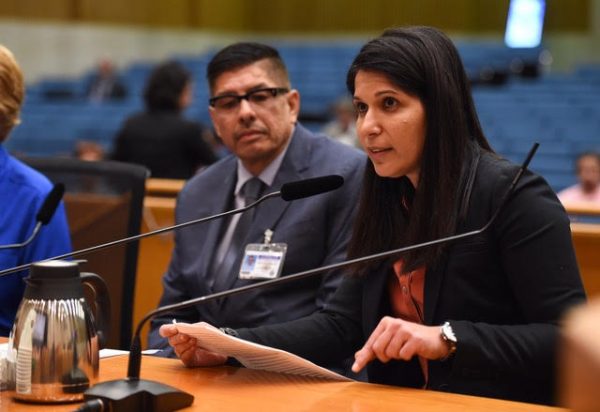 When families break down, systems have to take over. But most of those systems have not yet been equipped to serve LGBTQ youth and their families. LGBTQ youth spend twice as much time in foster care as their non-LGBTQ counterparts. They “age out” at higher rates. And aging out of foster care is itself associated with higher rates of homelessness, incarceration and unemployment. Add stigma and rejection to the mix, and the outcomes get exponentially worse.

With these facts in mind, In October of 2015, the Los Angeles County Board of Supervisors commissioned the LA LGBTQ Preparedness Scan to assess the capacity of all 11 county departments’ to properly serve LGBTQ children, youth, and families in order to prevent future disproportionality of these youth in the child welfare system. My firm, Khush Cooper and Associates and Dr. Bianca Wilson at the UCLA Williams Institute developed the study and the report.

Commissioning this Scan, which is the first of its kind, was a great act of courage on the part of the board. Now the board has taken the next step with the motion it passed last month to determine how county departments plan to close the gaps mutually discovered to meet the needs of the LGBTQ youth they are supposed to be serving. These two actions set a high bar for the rest of the nation. And I assure you, the nation is watching. They also send a message to the youth and those who care for them. It tells them that they matter.

In 2010, the county pulled a list of all the children who lived in the group homes of the Gay and Lesbian Adolescent Social Services, also known as GLASS, from 1998-2008, so we could say something about their outcomes. I knew most of those 400 children from when I worked the GLASS group homes in my younger days. The youth were there as a “last resort.” They were deemed unadoptable, and were headed for transitional living at best. When we studied the GLASS cohort, we also found that:

• The GLASS youth experienced more placements on average
• There was a high prevalence of medical and mental health service needs
• Over 60% had been involved with the juvenile justice system
• Those who, as toddlers, were initially placed with kin ended up having the longest stays in foster care (something was happening when they came out with those relatives)

Many researchers have confirmed these outcomes. And LA County is not alone. In 2014, we found that 1 in 5 foster youth in Los Angeles County identify as LGBTQ. That 1 in 5 number is popping up in other places. What is different in Los Angeles is that we did not look away. We looked further – with academic rigor – and have systematically and frankly examined our gaps.

So what should we do now that we have this information?

1) First, we have figure out how we can better identify and serve the LGBTQ youth who have unfortunately already found their way to the child welfare, probation or homelessness systems. That means professionals in those systems, as well as partnering systems, must find sensitive and effective ways to engage ALL youth about sexual orientation and gender expression, so the LGBTQ youth feel comfortable coming out. And when they do come out, those professionals must have the skills and resources readily available to mitigate the risks we know these youth and their families will face. This will take more than one-and-done training. It will take on-going coaching and day-to-day technical assistance until internal capacity is built.

2) To accomplish this, we need to know how many LGBTQ children each system serves so we can allocate resources accordingly, as well as battle disproportionality and disparity where it exists. The best way to do this is collect sexual orientation and gender identity data on everyone, of course, in a protected way.

3) And relevant to those toddlers that ended up at GLASS, we must reach upstream to ensure that LGBTQ children and their families/caregivers have the resources (information, counseling) to prevent all the risks associated with familial rejection, risks such as STDs/HIV, substance abuse and suicidality. Schools, community clinics, parks, and community centers must also take up this charge.

We have a unique opportunity in front of us to lead the nation in developing and expanding cutting-edge policies and programs for LGBTQ youth.

First, we must expand a county network of targeted services that are tailored to explicitly support the LGBTQ youth who come into the care of probation or child welfare, in order to ensure that those youth have the tools necessary to move toward productive and connected lives as adults.

Second, for those who cannot access those tailored support systems, we must encourage existing service networks, like community clinics, to serve LGBTQ youth with the same respect and protection as their non-LGBTQ counterparts.

Third, we must develop methods to prevent LGBTQ from getting to the child welfare and probation systems in the first place.

Let’s capitalize on this historic opportunity that the LA County Board of Supervisors have provided!