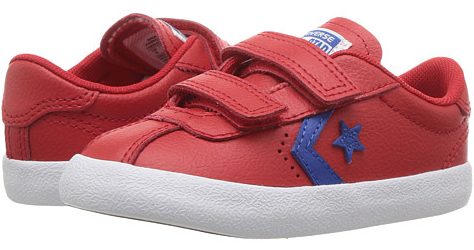 EDITOR’S NOTE: The question of when child welfare workers should remove a kid from his or her parents’ care and place the child with strangers in the foster care system is a complicated one. Horrific deaths of children at the hands of their parents, like the haunting torture death of 8-year-old Gabriel Fernandez, persuade many that perhaps more kids should be removed from questionable parental care, not fewer.

But, on the other side of the discussion, the stellar New York Times report of July 21, Foster Care as Punishment: The New Reality of ‘Jane Crow’, showed an alarming picture of a disproportionate number of poor mothers—particularly women of color—being criminalized for parenting lapses that, in wealthier families, would be viewed as perfectly human mistakes that, once resolved safely, are remembered as just another family story, if they are remembered at all.

In the Op-Ed below, Richard Wexler, executive director of the National Coalition for Child Protection Reform, takes strong issue with the opinion of Marie Cohen, a former social worker who writes about the world of child welfare for various publications, and who made it clear she believes that the NYT reporters got everything wrong.

Cohen’s first argument in the essay (which ran as an opinion piece in the Chronicle of Social Change) seemed to be that journalists Stephanie Clifford and Jessica Silver-Greenberg dared to report on the problem of needless and family shattering removals of children in New York City without also discussing in detail, in the same story, the fact that sometimes children known to the city’s child welfare agency have died when they are not removed from abusive parents in time. She cited a recent case in point, the death of Zymere Perkins. In truth, a quick search shows that the Times has published scores of stories on such tragedies. The fact that the Times devoted even one story to wrongful removal appears to be more than Cohen can bear.

But Cohen didn’t stop there. She went on to dredge up an ugly racial stereotype.

Though the Times story cited many cases of needless removal, Cohen focused only on one, and the form that her objection took was disturbing.

Here’s how the Times story begins:

Maisha Joefield thought she was getting by pretty well as a young single mother in Brooklyn, splurging on her daughter, Deja, even though money was tight. When Deja was a baby, she bought her Luvs instead of generic diapers when she could. When her daughter got a little older, Ms. Joefield outfitted the bedroom in their apartment with a princess bed for Deja, while she slept on a pullout couch.

…the authors seem to consider splurging on brand-name diapers, sneakers, or apparel to be an indicator of good motherhood

And here’s how Cohen paraphrased that paragraph and commented on it:

Reporters Stephanie Clifford and Jessica Silver-Greenberg began with a description of Maisha Joefield, a mother who “splurged” on her daughter even when money was tight. For example, the reporters added helpfully, Ms. Joefield “bought her Luvs instead of generic diapers when she could.”

It is odd to me that the authors seem to consider splurging on brand-name diapers, sneakers, or apparel to be an indicator of good motherhood.

Sneakers? What sneakers? The Times story never mentions sneakers – or any other “apparel” aside from the diapers. But that’s not the point.

The point is that Cohen suggested that there is something quite wrong when poor African-American mothers “splurge” on brand name diapers and a bed that was anything other than plain and very cheap. And she specifically mentioned sneakers.

This idea that African Americans are poor because they waste money on sneakers is a staple of right-wing rants on Internet comment boards. In one such rant on Glenn Beck’s site, The Blaze, about “HOW TO PREVENT BLACK CHILDREN FROM GETTING MURDERED” (caps in the original) a commenter writes: “#5 INSTEAD OF BUYING THEM EXPENSIVE SNEAKERS AND SMARTPHONES – BE A REAL PARENT.”

Coping with Issues of Race

This is not the first time Cohen has stumbled badly on issues of child welfare and race.

There was, for example, her take on “predictive analytics” a form of computerized risk assessment that is prone to racial profiling, that I have called the stop-and-frisk of child welfare.

During the 2016 presidential campaign, former House Speaker and early Donald Trump supporter Newt Gingrich said this in defense of stop-and-frisk:

You run into liberals who would rather see people killed than have the kind of aggressive policing … And a lot of the people whose lives were saved because of policing in neighborhoods that needed it the most, were minority Americans.

As to the concern about racial profiling that has haunted the predictive analytics debate, I find it very hypocritical. Letting more black children die to protect them from racial profiling cannot possibly be an ethical approach or one that is endorsed by responsible child welfare leaders.

(This revealing paragraph was reportedly supposed to have been deleted from her column during the editing process; it was published, briefly, by mistake.)

In yet another column, Cohen complained that “…as a social worker in the District of Columbia, I was subjected to multiple low-quality, heavy-handed trainings that tried to help me discover my hidden biases.”

Another Cheap Shot at the Mother

The sneaker/diaper remark was not Cohen’s only comment about Ms. Joefield’s case. Here again is what the Times wrote:

One night, exhausted, Ms. Joefield put Deja to bed, and plopped into a bath with her headphones on.

“By the time I come out, I’m looking, I don’t see my child,” said Ms. Joefield, who began frantically searching the building. Deja, who was 5, had indeed headed for the grandmother’s house when she couldn’t find her mother,[as she had been taught to do] but the next thing Ms. Joefield knew, it was a police matter.

In a poor community, it’s called endangering the future of your child.

The reporters quote legal aid attorney Scott Hechinger as saying, “In another community, your kid’s found outside looking for you because you’re in the bathtub, it’s … a story to tell later … In a poor community, it’s called endangering the future of your child.”

I don’t know where Mr. Hechinger lives, but I have never heard of a friend or neighbor alone with a small child putting on earphones and listening to music so loud with the bathroom door presumably closed that her child could not hear her.

First of all, the fact that Cohen hasn’t heard of something doesn’t mean it never happened. If a friend or neighbor had done this, or made any other mistake in the course of raising a child, that friend or acquaintance might not rush to confide in Marie Cohen.

Yes, it was “panic-inducing” at the time, but now it’s just a funny story

While discussing the story on WNYC Public Radio, one of the Times reporters, Jessica Silver-Greenberg, said that after the story ran, she got an email from an editor at the Times who said something similar had happened to him. One night “one of his daughters woke up and couldn’t find him, or couldn’t see him immediately, and she wandered out in her underwear to a neighbor’s house.” Yes, it was “panic-inducing” at the time, but now it’s just a funny story. The editor told Silver-Greenberg that “This has become family lore.”

Cohen might argue that the Times editor did not specify where he was; he says nothing about bathing or headphones. But the point is, his child couldn’t find him and did exactly what Ms. Joefield’s child did.

Certainly, Cohen is not alone in her sentiments. Some readers expressed similar views in the comments section for the Times story. That prompted this response from someone identified only as LF:

I love these sanctimonious, would-be-perfect-parents-if-they-ever-had-kids commenters with their pockets full of stones. They would never, NEVER take a bath after the kids were down for the night. Heavens! They would never walk downstairs to the front door with a child alone upstairs. Abuse!

No, these glorious specimens of perfect, theoretical motherhood wouldn’t sleep, eat, bathe or use the bathroom. They would follow the child around, day and night – filthy, haggard, unwashed, eating the occasional granola bar, dressed in an adult diaper, with their eyes pinned open, Clockwork Orange style, just staring, staring, staring at their child. That’s how you raise the perfect child, apparently – with constant, frantic monitoring. Oh, how well-adjusted those kids are going to be.

It Could Be Worse—And in Los Angeles, It Is

Cohen also notes that the rate at which children are removed from their homes is lower in New York City than most places – though not all. Chicago is lower, and independent court-appointed monitors have found that the reforms which reduced foster care in the state-run Illinois system improved child safety.

Child safety also improved in New York City as the number of children taken away each year declined.

But, as Cohen was quick to point out, there are still horror stories in New York, such as the death of Zymere Perkins. They have the same kinds of horror stories in all those places that take away, proportionately, far more children. That means, of course, that the very real problems exposed by the Times are probably far worse almost everywhere else in America—such as, for example, Los Angeles, which takes away children at a rate well over double the rate of New York. Yet LA social workers still failed to act on the multiple reports of horrific abuse that killed 8-year-old Gabriel Fernandez

Perhaps if caseworkers spend less time harassing parents such as those profiled by the New York Times they’ll find the next Zymere Perkins or Gabriel Fernandez before it’s too late.

Richard Wexler is executive director of the National Coalition for Child Protection Reform.