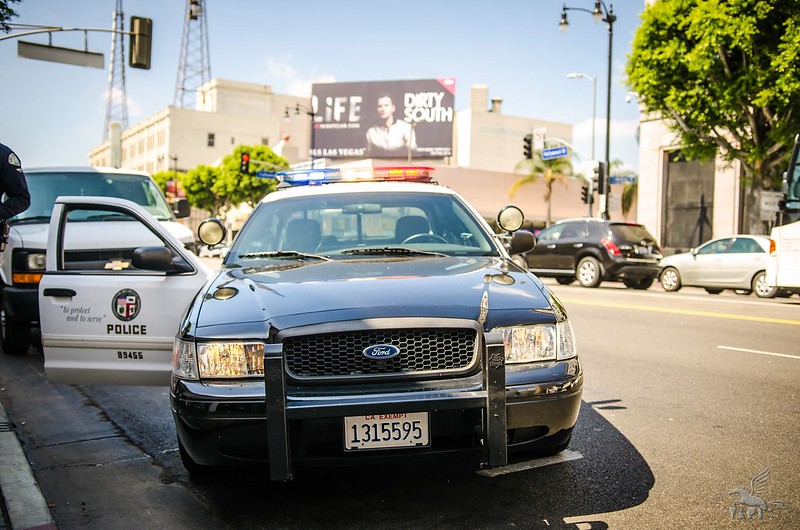 As thousands of people take to the streets in California and across the nation to protest and grieve the death of George Floyd and other black lives extinguished during encounters with law enforcement, protestors are calling for the billions that cities and counties spend on police agencies to be redirected to community health-focused strategies and organizations that can take on responsibilities currently held by law enforcement.

Thus, it’s no surprise that AB 2054, a CA bill that would move the state a step toward that objective, is swiftly gaining public support.

In less than a week, more than 3,200 people have submitted statements calling on the state Assembly to approve the bill.

“Without appropriate responders, we send in the police,” the bill’s author, Assemblymember Sydney Kamlager said in a Tweet. “No system to support [people] in mental health crisis? Send the police.”

The problem with relying on police to respond to issues related to homelessness, or to psychiatric and other emergencies involving people with disabilities, is that it increases the risk that people from these vulnerable populations will be criminalized, injured, or killed.

One year ago today, On June 2, 2019, Walnut Creek police shot and killed 23-year-old Miles Hall after his mother and grandmother called on police to help them get their son, who was experiencing a severe schizophrenic episode, into a mental health treatment center.

The shooting occurred moments after French reportedly knocked Sanchez, who was holding his 18-month-old son, to the ground. Sanchez and his attorneys say that he was “violently attacked,” and had no alternative but to shoot to protect himself and his son. The family’s attorney said that Kenneth “pushed” Sanchez, but that just before Sanchez shot at the family, Russell French stepped between his son and the officer, to explain that Kenneth had a severe disability.

While the shooting did not occur on duty, it shows how swiftly a situation can escalate when armed law enforcement officers come into contact with someone with a disability or mental illness.

In response to news of French’s death, author Marie Myung-Ok Lee wrote about her constant fear that her adult son, who “has the face of an angel” but is severely intellectually disabled, could one day be injured or killed by police who might escalate one of his public meltdowns. “He would not raise his hands if ordered to. Every response he would have to an aggressive cop would be classified as resisting arrest,” Myung-Ok Lee wrote.

A 2016 report from the Ruderman Family Foundation found that individuals with disabilities make up one-third to one-half of all people killed by police.

A separate report from the Treatment Advocacy Center estimates that at least one in four people killed during encounters with police had a severe mental illness. In some cities, the prevalence of mental illness can rise to half of all fatal police shootings.

The CRISES Act would clear a path for community-based organizations to take on more emergency response duties involving “vulnerable populations.”

In San Francisco, police officials estimate that as high as 80 percent of calls to police are for people in mental crisis, and that officers transport nearly 4,000 people to mental health facilities per year.

A recently approved SF Police Commission resolution calls on city leaders to find alternatives to having police respond to issues arising from homelessness that could be better handled by homeless service providers.

If increasing non-police response to certain emergencies doesn’t sound feasible, we have the example of Eugene, Oregon’s Crisis Assistance Helping Out On The Streets (CAHOOTS) program, which has offered people in mental health crises law enforcement-free emergency assistance for three decades, and is a model that’s spreading across the country.

The program, which dispatches two-person teams made up of a medic and a mental health professional, differs from most municipalities’ mental health crisis teams, including those in LA. Both the LA County Sheriff’s Department and the LAPD teams are each comprised of a mental health clinician and a law enforcement officer.

The two agencies’ teams have been praised for their de-escalation techniques and improved outcomes over traditional law enforcement response to emergency calls, but there aren’t enough teams to respond to each of  LA’s community mental health needs.

Under AB 2054, an 11-member advisory committee, selected by Governor Gavin Newsom, the Chair of the Senate Rules Committee, and the Speaker of the Assembly would first develop criteria for grant applications, then review resulting proposals and determine which organizations will take on the responsibility of emergency response. (To be eligible, organizations must already be operating in at least 10 counties.)

The advisory committee would then be responsible for overseeing the grants and making recommendations to the Office of Emergency Services about implementation.

The bill is sponsored and supported by dozens of organizations, including the Alliance for Boys and Men of Color, the ACLU of California, Youth Justice Coalition, PolicyLink, and East Bay Community Law Center.

“Communities across California are frustrated and are sending a clear message: we must fund solutions that save lives,” cosponsors of the bill wrote in a statement. “We call on the Legislature and the Governor to pass the C.R.I.S.E.S Act, AB 2054, and scale-up community-based responses to emergencies.”

The bill may face an uphill battle, given California’s COVID-19 budget crisis, as it will require the state budget to include approximately $16 million for three years worth of grants to community organizations.

Yet transferring some emergency response responsibility to community organizations also has the potential to save counties millions in excessive force and wrongful death lawsuits, as well as on standard police expenses and costs related to incarceration.