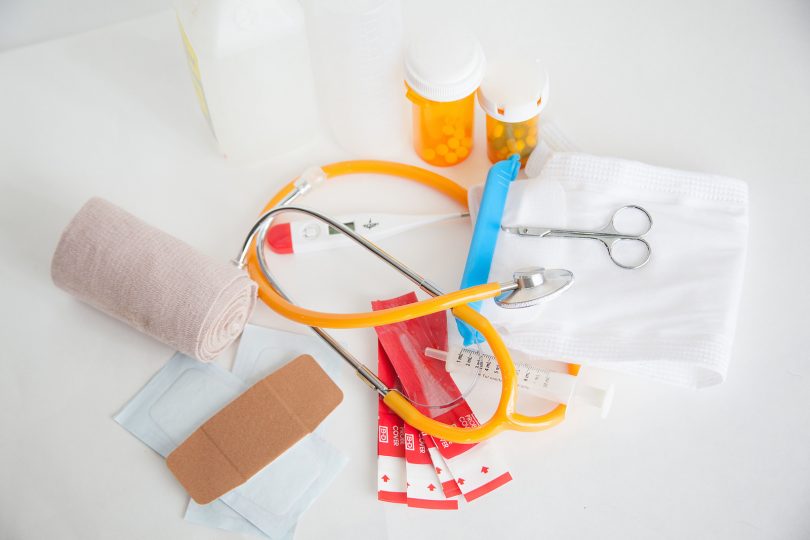 In California and across the nation, inmates are charged medical co-pays for doctor’s visits, medications, and other health services.

While the co-pays generally range between $2.00 and $5.00, the fees can be prohibitively costly for inmates who make pennies on the dollar working jobs in lock-up. These charges are aimed at weeding out unnecessary medical visits and repaying local and state governments for inmate medical care. Unfortunately, the co-pays can also discourage incarcerated individuals from getting the care they need for chronic or contagious illnesses, according to a report from Prison Policy Initiative’s Wendy Sawyer.

The Prison Policy Initiative (PPI) report compares the cost of medical co-pays for inmates and those on the outside, adjusting for each population’s wages.

Of course, not all inmates make the state minimum wage. California prison wages range from $0.08 to $0.37 per hour for non-industry jobs, and $0.30 to $0.90 per hour for inmates working jobs in state-owned businesses. In CA, the pay rate for an unskilled laborer is on the low end of the $0.08 to $0.90 spectrum, for example, while inmate fire-fighters land on the highest pay grade.

In California and in other states, inmates are not charged for certain medical treatments, like emergency health care, mental health services, and follow-up doctor visits.

Not every state charges inmates co-pays for medical visits, either. Eight states either do not charge co-pays, or do not have a co-pay policy. Five states were unable to give any wage data to PPI. (Be sure to read the report over at PPI for the full state co-pay breakdown—with helpful graphs.)

The worst offenders, according to PPI, are the states that charge co-pays, but do not pay inmates an hourly wage for work—Alabama, Arkansas, Florida, Georgia, Mississippi, South Carolina, and Texas.

In Texas, inmates have to pay a $100 yearly flat fee for health care. And some state officials are working to increase the fee to $200 per year, the Houston Chronicle reports.

Inmates generally pay these co-pays through their commissary accounts, which are funded by their prison job wages and/or contributions from loved ones. So, in states that do not pay inmates for their work, the health care fee burden is passed on to the inmates’ families.

The National Commission on Correctional Health Care (NCCHC) points out that while states cannot deny inmates medical care when they are unable to pay, “inmates are almost always in an ‘indigent’ mode,” relying on cash-strapped family members to fund their commissaries. And inmates often must use their commissary money for other needs like toiletries, over-the-counter medications like antacids, and feminine hygiene supplies. (The NCCHC also argues that inmates often have limited health literacy, and may not understand that they cannot be denied health services if they can’t pay.)

Aside from money charged by state and local governments, contractors gouge inmates’ families with outsized fees for phone calls, money transfers, and other necessary services that can add up to hundreds of dollars a month—far beyond the means of many low-income families. Some states also charge “room and board” fees for prison stays.

Moreover, states may avoid paying for “frivolous requests for medical attention” by triaging sick calls, having “a lower level of qualified staff see the complaining inmate first, with referral to higher levels of staff only as medically indicated,” the NCCHC says.