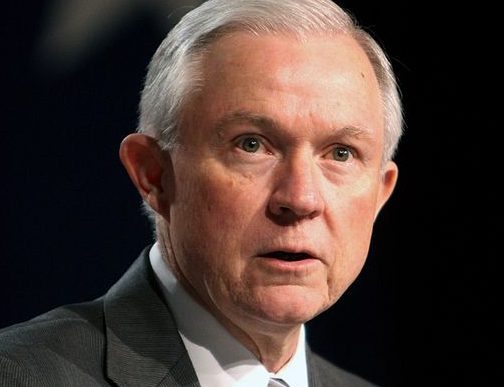 The New Prosecutors & the Winds of Justice

There are two sea-changes occurring right now in the American criminal justice system. And they are pulling the winds of justice in divergent directions.

The first is in the federal arena, where Attorney General Jeff Sessions recently announced a return to past tough-on-crime policies. Sessions instructed federal prosecutors to “charge and pursue the most serious, readily provable offense,” opining that this approach produces the “moral and just” result. Prosecutors will be tasked with seeking the maximum penalty in all cases, with the presumption that this constitutes the embodiment of justice. They will be directed to pursue charges regardless of the resulting mandatory minimum sentences – harsh punishments enacted during the 1980s’ drug war. This policy rescinds AG Holder’s prior “smart on crime” approach that directed prosecutors to avoid charges that would trigger mandatory minimums for low-level drug offenders.

The other shift is exemplified at the local level, where a growing chorus of newly elected prosecutors are joining community members, government leaders, and academics in calling for reform. These district attorneys realize what the last 30 years of criminal justice practice has revealed: harsh sentences do not deter crime, and instead, disproportionately impact the poor and people of color.

Reform may not occur at the federal level in the coming years. But the vast majority of the 2.3 million people incarcerated in this country are locked up in state, not federal prisons. And it is at the local level where impactful change can occur. More than ever, our country needs local prosecutors who are willing to be bold and push back against the resurrected narrative that lengthy sentences, particularly for low level offenders, are “moral,” right and fair. Elected prosecutors, who hold powerful platforms with loud bullhorns, can – and have – spoken clearly in rejecting the tenets embodied in the AG’s recent directive. Indeed, in a recent open letter, 27 elected prosecutors representing over 20 million Americans, and from 16 states plus DC, have made clear that they embrace a different pathway to promoting public safety.

We need DAs such as these willing to stand strong in the face of political winds intent on reviving a one-size-fits-all “tough on crime” mindset. We need prosecutors to embrace what data, science, and research tell us about the debilitating effects of the drug war on communities of color. And we need prosecutors who understand that the challenge faced by justice systems across America is not that sentences are too short, but rather that in too many communities we have lost the confidence and trust of those most impacted by crime. Building trust within those neighborhoods is the true key to public safety – and it is much harder work than seeking maximum sentences. In Columbus, Mississippi, D.A. Scott Colom has dramatically expanded the number of cases diverted from the justice system as part of smarter approaches to where and when the justice system should engage. In Chicago, State’s Attorney Kim Foxx has changed charging practices for low level theft offenses, a shift likely to dramatically reduce the number of incarcerated individuals in her County.

Denver DA Beth McCann provided every member of her staff with a copy of “The New Jim Crow: Mass Incarceration in the Age of Color Blindness” (by Michelle Alexander) to promote a deeper understanding of implicit biases in the justice system and has ended the use of capital punishment in her jurisdiction. Aramis Ayala, Orlando’s newly elected State Attorney, similarly announced that she would no longer seek the death penalty because, in her mind, pursuing the death penalty would not serve “the best interest of the community.” And in Jacksonville, State Attorney Melissa Nelson is enhancing accountability and creating her jurisdiction’s first conviction integrity review unit.

These new prosecutors are trailblazers. They model a more proactive, prevention-oriented, and community-focused conception of their role in the justice system. They do not measure success by length of sentence, number of indictments, or the growing size of the prison population. They embrace smart policies and strive to be leaders their communities can trust. More reform-minded local prosecutors are needed if we are going to stem the federal tide toward discredited tough-on-crime policies. Make no mistake, those policies failed this country. Incarceration rates exploded, governments needlessly spent billions of dollars, and families – mostly black and poor – were torn apart, many due to minor drug possession offenses. The after-effects are seen daily, as people in communities struggle to find housing or jobs, marred by criminal records for non-violent offenses. Indeed, as prosecutors who got our start working in the high-crime era of the 1980s, we saw firsthand the consequences of practices that too often abandon generations of young people into our justice system, with our community left no safer and with resulting high fiscal and personal costs.

These new prosecutors offer hope that we may find our way toward a more sensible and fair justice system. We need more to join their ranks.

Miriam Aroni Krinsky spent fifteen years as a federal prosecutor and is the Founder and Executive Director of Fair and Just Prosecution.

Dan Satterberg is the elected Prosecuting Attorney for King County (Seattle), Washington and has been a prosecutor for over 30 years.