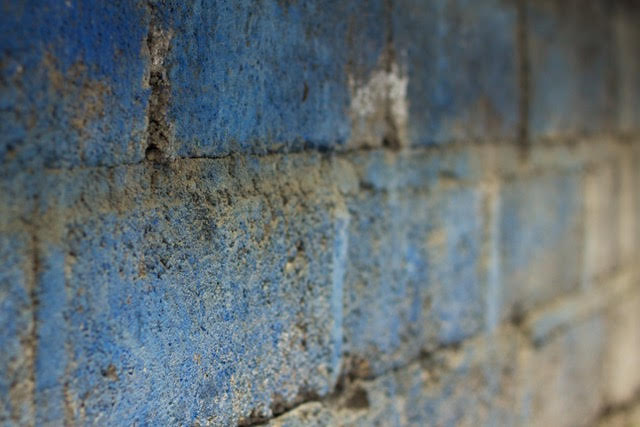 Behind the Blue Wall of Silence

On Sunday night, hours before the final deadline to transform bills into state law, California Governor Jerry Brown signed a bill to crack open the state’s police privacy laws–some of the most restrictive in the nation–to require the public release of law enforcement personnel records when officers use force or have committed misconduct.

The California Public Records Act, in the name of government transparency and accountability, establishes the public’s right to view public records. But it has certain exceptions to the rule. Law enforcement personnel files fall under the “exemptions” category. And the Public Safety Officer Procedural Bill of Rights, sometimes called the Peace Officers Bill of Rights (POBR), prevents the public release of officer discipline issues.

SB 1421, by Senator Nancy Skinner (D-Berkeley), will force police agencies in California to release records related to incidents in which officers use force-specifically, when they discharge their firearms or Tasers, use a weapon to strike a person’s head or neck, or use force that results in serious bodily harm or death.

“When incidents such as a police shooting occurs, the public has a right to know that there was a thorough investigation,” said Senator Skinner. “Without access to such records, communities can’t hold our public safety agencies accountable.”

The bill will also make records of on-duty sexual assault, including when cops exchange sex for leniency, available to the public.

Finally, SB 1421 will give the public access to records when officers are found to have been dishonest in the “reporting, investigation, or prosecution of a crime.”

The records will be redacted to remove some personal information, like the officer’s home address and family members’ names, as well as certain information about complainants and witnesses. Certain information will also be removed if “disclosure would cause an unwarranted invasion of personal privacy that clearly outweighs the strong public interest in records about misconduct by peace officers and custodial officers,” or if there was a specific reason that disclosing the information would pose a serious physical danger to the officer or others.

Even states like Texas and Florida automatically give the public access to police records after a department finds an officer to have committed misconduct.

“With Governor Brown’s signature, California is finally joining other states in granting access to the investigatory records on officer conduct that the public truly has a right to know,” Skinner said.

The League of California Cities also lobbied against SB 1421. The bill, LCC said, only required the public release of information regarding dishonesty and sexual assault “when there is a ‘sustained finding,’ meaning that it was determined through an internal or criminal investigation that the incident not only occurred, but that the officer was found to have violated department policy or statute.” The bill, according to LCC, will “put officers at risk of having their identity revealed for non-sustained or exonerated” use-of-force incidents. “We believe the specified use-of-force incidents should also be held to the same standard [as dishonesty and sexual assault] to be consistent and to ensure information is not released without proper findings,” LCC said.

The ACLU and other advocacy groups disagree with LCC’s opinion of SB 1421, however, which Sen. Skinner introduced in response to public outrage over the death of Stephon Clark, who was fatally shot on March 18 by Sacramento police officers who believed the cell phone he was holding was a gun. (The Sacramento Police Department has not yet finished its investigation into the shooting.)

Skinner’s bill “restores the public’s right to know how departments investigate and hold accountable those officers who abuse their power to frame, sexually assault, or kill members of the public,” said Peter Bibring, ACLU of Southern California senior staff attorney and director of police practices.

Governor Brown signed a second landmark bill to boost police transparency across the state. The bill, AB 748, will require law enforcement agencies to release footage from body-worn cameras within 45 days of a “critical incident” in which an officer has fired at a person or used force that resulted in death or serious injury.

The bill will bring department protocols across the state in line with the Los Angeles Police Department’s policy, updated in April, through which the department must release footage within 45 days, unless there are extenuating circumstances.

Prior to its about-face in April, the LAPD withheld videos from the public, unless a court ordered the footage to be released. Department policy also previously allowed officers to review body cam video before making an initial statement after an incident.

Critics of AB 748 have expressed concern that releasing footage could interfere with investigations and prosecutions.

The bill, however, aims to safeguard against undermining prosecutions and investigations, by allowing agencies that can “demonstrate that disclosure would” endanger a witness or a confidential informant, or would otherwise “substantially interfere with the investigation” to delay the release of the footage. The new law will also allow agencies, under certain circumstances, to blur, obscure and redact, so long as the changes do not interfere with the public’s ability to “fully, completely, and accurately comprehend the events captured in the recording.”

“The Governor’s signature on AB 748 signifies a strong commitment to police transparency in California. Public access to body camera footage is necessary to boost confidence and rebuild trust between law enforcement and the communities they serve,” said Assemblymember Phil Ting (D-San Francisco), the bill’s author.

The ACLU’s Peter Bibring praised SB 1421 and AB 748 as bills that will make it possible for Californians to have “a greater say in how their neighborhoods are policed.”

The new laws “will significantly transform policing in California and help address the current crisis in policing which has led to the deaths of far too many people – largely in Black and brown communities,” Bibring added. “Having an open government that is accountable to the people it serves is not merely an ideal to strive for, it is a necessity to ensure the safety and wellbeing of our families and communities. Nowhere is that more apparent than in policing.”