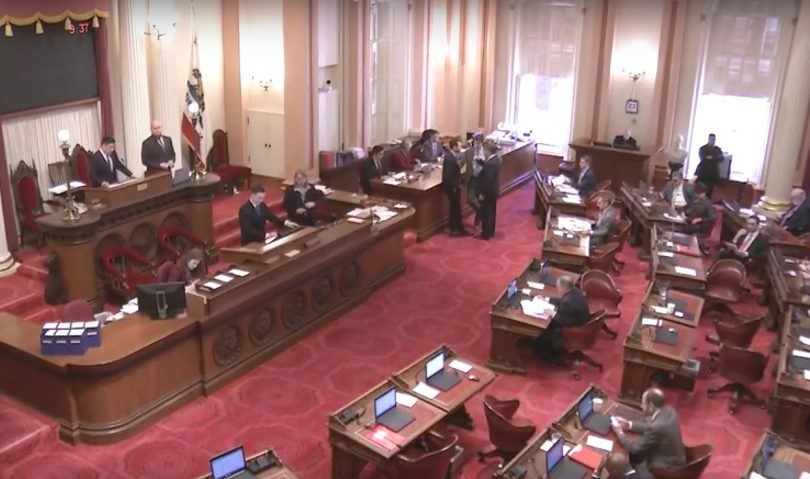 On Friday, April 29, California Attorney General Rob Bonta announced his support for seven bills meant to provide protection and care to domestic violence survivors and others impacted by violence.

The bill has carve-outs that would allow law enforcement to bypass the disclosure of certain information, like the personal effects found on a victim, if it could jeopardize the investigation.

Beyond certain requirements that coroners must fulfill, state law does not currently require police agencies to provide any information to families of victims while investigating a crime.

This bill passed the Senate Floor unanimously and moved on to the Assembly on April 28.

“We can no longer allow the majority of California’s survivors of crime and violence to be ignored and excluded from a system not built to help those who need it most,” said Tinisch Hollins, executive director of Californians for Safety and Justice,  Families suffering the loss of a child should not face hurdles to obtain relevant case information – these unnecessary hurdles only serve to compound the pain and trauma of the sudden loss of a loved one. When we prioritize healing and meeting the needs of all victims of crime— we see a direct, positive impact on safety and wellness in our communities.”

In cases involving sexual assault, evidence-collecting medical exams are both free and confidential for victims. Under AB 2185, by Assm. Akilah Weber (D-San Diego), victims of domestic violence, too, would receive medical free exams.

Because this bill would have a fiscal impact on the state’s general fund — in this case, of as much as $13.5 million — the Assembly Appropriations Committee sent it to the suspense file. Bills in the suspense file must be heard by the fiscal committees’ May 20 deadline, at which point, bills will either die in the suspense file or move on to either the Senate or Assembly Floor.

SB 993, Nancy Skinner (D-Berkeley) would enact reforms to the way victim compensation is offered and to whom.

Normally compensation is issued through the California Victim Compensation Board. The process is full of lofty requirements and bureaucratic hoops victims must jump through in order to access assistance meant to offset losses suffered as a result of victimization.

SB 993 would launch a pilot program within the Office of Emergency Services (OES) to hopefully streamline compensation. Through the pilot, Flexible Assistance for Survivors of Violence (FASV), grants would be issued to community-based organizations, which would then offer direct cash assistance to survivors.

OES would need to establish a 13-member grant-giving advisory committee, and that committee would establish pilot program rules and issue grants to organizations.

The bill would also increase maximum awards to victims — up to $7,500 for a necessary relocation, $20,000 for funeral and burial expenses, and a total maximum award amount of $100,000.

The bill would also remove requirements that victims cooperate with law enforcement to be eligible for compensation.

Providing support to victims “increases community safety, improves trust between law enforcement and victims and reduces a victim’s urge to take matters into their hands to ‘get even,’” according to Sen. Skinner’s office. “Yet, this important service is underfunded and governed by statutory language that has prevented many crime survivors from being able to access funds or receive the help needed to recover.”

Research shows that traumatic experiences and toxic stress are connected to a host of life-altering problems, including chronic illness, mental illness, cancer, shorter lifespans, alcoholism and drug use, lower academic achievement, and lost time from work.

This bill has a hearing scheduled in the Senate Appropriations Committee for May 9.

SB 1017, Susan Eggman (D-Stockton) would protect tenants who experienced domestic violence or other abuse from being displaced by their landlords in response to the violence.

This bill will also be considered by the Senate’s fiscal committee on May 9.

This bill is currently awaiting the Senate Appropriations Committee.

This bill next faces a decision in the Assembly Appropriations Committee.

Although this bill was not among those bills for which AG Bonta announced support, an additional crime survivor-focused bill with a May 9 fiscal committee hearing would ban law enforcement agencies from using sexual assault survivors’ DNA for purposes other than identifying the perpetrator.

SB 1228, by Senator Scott Wiener (D-San Francisco), was authored in response to a USA Today investigation which revealed that for more than seven years, the SFPD had been cross-checking the DNA of victims, from sexual assault crimes, to violent crimes, to uninvolved individuals — anyone from whom the department had collected DNA during the course of an investigation.

District attorneys and policing experts expressed alarm at the news and described the practice as unheard of among law enforcement agencies.