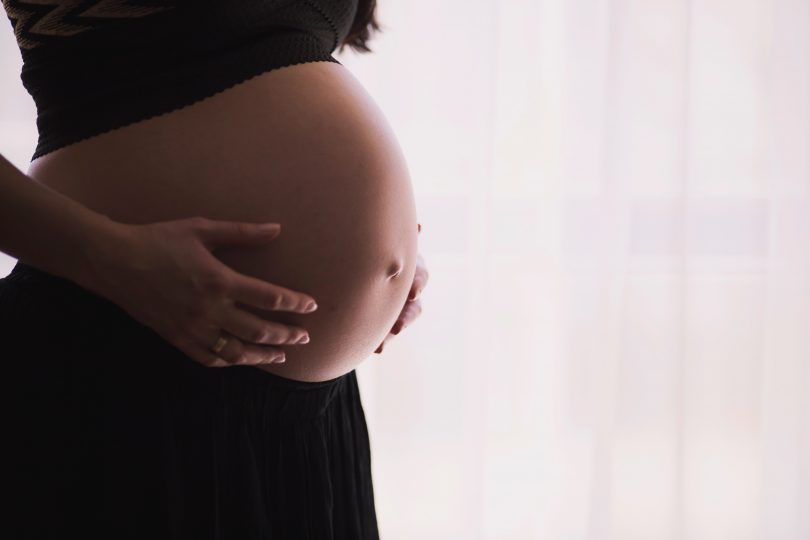 As 2018 turned to 2019, The New York Times published two stunning editorials with profound implications for child welfare – and for journalism. Unfortunately, at almost the same moment, the Orange County Register was making the same mistakes The New York Times was warning against.

The two editorials were part of an eight-part series dealing with issues well beyond child welfare.  But Part 4 and Part 5 examined the tendency of child welfare policies to zero in on pregnant women who use drugs, and make everything worse for those women and, especially, their children.

In part 4, the editorial writers remind us of all the terrible mistakes scholars – and journalists – made when the latest Worst Drug Plague Ever was crack cocaine.  The NY Times authors wrote:

The idea of a mentally impaired “crack baby” resonated with long-held racist views about black Americans. It captured the imaginations of reporters, politicians, school officials and others who were historically conditioned to believe just about anything about the African-American poor. …

Myths about “crack babies” have been debunked many times before.  But what the Times editorial writers realized is the extent to which the hatred of drug using mothers, brought on by the “crack baby” myths, has extended to each new Worst Drug Plague Ever, first meth, now opioids. Each time politicians doubled down on the same get-tough policies that failed before, from reporting the mothers to child protective services all the way to throwing mothers in jail.  As the editorials  explain, each time it backfired:

Locking up mothers as they engage in this struggle, separating them from their children and bombarding them with vitriol may satisfy an impulse to punish, but such measures have not managed to stop or even slow the current crisis.

The Register weighs in

But even as the Times posted its editorials showing the damage wrought by creating policy around the myths  about drug abuse and child welfare, the Orange County Register and other Southern California News Group newspapers posted a series reviving those same myths.  And even as the Times documented how the get-tough approach has backfired, the Register appeared to lament the fact that California isn’t even tougher on these mothers and doesn’t engage in universal drug “screening” of all pregnant women.

Most important, the Register omits another vital lesson from the “crack baby” era; indeed the most important lesson of all:  As Barry Lester, a professor of psychiatry and pediatrics at Brown University who specializes in opioid addiction, told the New York Times: “We love to hate these women.  But our hatred has not accomplishing anything.”

That’s partly because mandatory “screening,” and the threat of having their children taken, drives mothers away from treatment and even from prenatal care.  But, when it comes to each successive drug war, there is another  vital lesson child welfare should have learned from crack: children typically do better when allowed to remain in their own homes.  Foster care usually is a far worse option.

A University of Florida College of Medicine study of infants born with cocaine in their systems found that, in typical cases, the actual physical development of the newborns was better when left with birth mothers able to care for them than when placed in foster care.

When you take a swing at so-called “bad mothers,” as was so often done in the during the “crack baby” panic, the blow almost always lands on the children.  But the Register came out swinging, leaving the impression that extremely rare horror stories about child abuse fatalities are virtually the norm, and that California is making such tragedies more likely, a view summed up in series headlines such as “Born on drugs: The goal is to keep kids with parents. Sometimes, that’s dead wrong.”

Examples of the system backfiring “can be horrific,” the Register’s authors tell us, then list a few awful stories that, while tragic, are very much the exception. That is followed by:

The wisdom of California’s goal – keep families together even when parents struggle with addiction – is called into stark relief by such tragedies.

In fact, in the nearly two decades that California has been reducing its foster care population, the standard measure of child safety, re-abuse of children left in their own homes, has improved.

At one point the Register series and the  New York Times series are nearly identical, word for word — with one crucial difference:

News organizations embraced far-fetched ideas like the one advanced by doctors who believed they could discern babies who had been exposed in the womb by the tone of their cries.

The New York Times reminded readers of the notorious claims of the late columnist Charles Krauthammer, who, the editorial notes, wrote that:

…black women were spawning “a bio-underclass’’ of impaired children “whose biological inferiority is stamped at birth.” This disability was said to be “irrevocable.” Mr. Krauthammer went on to say that “the dead babies may be the lucky ones.”

None of it was true.

Yet the Register seems to have located a Krauthammer of its own in Sidney L. Gardner, president of a group called Children and Family Futures.

“The harm done is understated tremendously,” Gardner told the Register about drug-addicted mothers and their children.“There’s a disability side that is, I think, horrifyingly understated, undercounted, misunderstood or deliberately set aside.”

What the science tells us

The scientific consensus is at odds with Gardner’s  apocalyptic vision. In 2013, more than 50 substance abuse professionals from around the world signed an “Open Letter to the Media and Policy Makers” begging them not to make the same mistakes about opioids as they did about crack.

“…when controlling for factors such as economic status, access to healthcare, and concomitant medical problems” and more, they experts wrote in their letter,  “decades of studies…have failed to demonstrate any long-term adverse sequelae associated with prenatal exposure to opioids, legal or illegal. On the other hand, it is not an exaggeration to state that labels such as ‘victim’ or ‘tiny addict’ or ‘born addicted’ carry with them severe negative consequences, both medical and social.”

But in the course of reporting their series, “Born on Drugs,” the Register journalists ignored the scientific consensus.

It was left to The New York Times to set the record straight:

Illicit drug use during pregnancy is a scary thing. But … decades of careful study show that most drugs are not nearly as harmful to fetuses and infants as once thought. With the right support, babies exposed to cocaine or methamphetamine in the womb can recover quickly and develop normally. …

Increasingly… doctors are concluding that the best treatment for babies born with neonatal abstinence syndrome, the clinical term for postnatal opioid withdrawal, is not so different than the best treatment for all newborns: keeping them with their mothers, encouraging them to bond with one another and treating complications as needed.

Yet even as the New York Times documented how criminalizing pregnant women who use drugs has backfired, the Register reporters repeatedly remind us that California has not jumped on the criminalization bandwagon:

While laws in 23 states categorize drug use during pregnancy as a form of child abuse – and three states consider it grounds for civil commitment – California is not one of them….

Because there’s no mandatory drug screening for mothers and infants in California, many drug-exposed births are likely happening under the radar.

In fact, to the extent that California has shown minimal restraint it means only that the state has realized these approaches backfire and has wisely decided not to use The Handmaid’s Tale as a guide for child welfare policymaking.

Among the most remarkable aspects of the New York Times editorials was their unflinching look at how the media in general, and the Times itself, contributed to the crack baby hysteria that did so much to get us into this mess. They cite past columns, editorials and stories such as one by a distinguished veteran reporter, Susan Chira, written in 1990.  They note that Chira…

…said recently that she would “unwrite” the story if she could and has since come to understand that the damage theories put forward by medical and school professionals three decades ago were “far too alarmist and totally unsubstantiated.”

Of course Chira never meant to hurt children. Neither did the reporters and editors at the Register.  But I hope it won’t take 28 years for the Register journalists to realize they should “unwrite” their stories.

I’m sure the Register reporters would deny that their stories are “crack baby journalism.” They’d point to  sympathetic profiles of mothers trying to beat their addictions. But those profiles are limited only to mothers who confess the error of their ways, acknowledge the depths of their addiction, and how much they hurt their children, repent their sins, and heap unstinting praise upon child protective services.

Of course, there are cases like this. But there seems to be no room in the Register’s series for the parent who lost her child because of a false positive drug test, or because she used marijuana. There is no room for the fact that drug use falls on a continuum and many people are perfectly capable of doing a good job raising children while using some substances under some circumstances. But parents who refuse to  “follow the script,” as one such parent put it,  are not heard from as the Register works to make its case.

And by the time readers get to those stories, even the ones involving confession and repentance, they’ve been inundated with horror stories without being told the most important reason to want these mothers to  succeed: Such success almost always is the best outcome for their children.

Photo by freestocks.org from Pexels